Dunlop and Honda jointly hosted the unique event recently at Scotland’s Knockhill Racing Circuit, which saw Gordon swap his Halfords Yuasa Racing Honda Civic Type R for John’s Honda CBR1000RR Fireblade SP for 30 laps of the track. While the two vehicles are very different – the number of wheels aside – the similarities are the manufacturer brand and tire manufacturer – Honda and Dunlop. 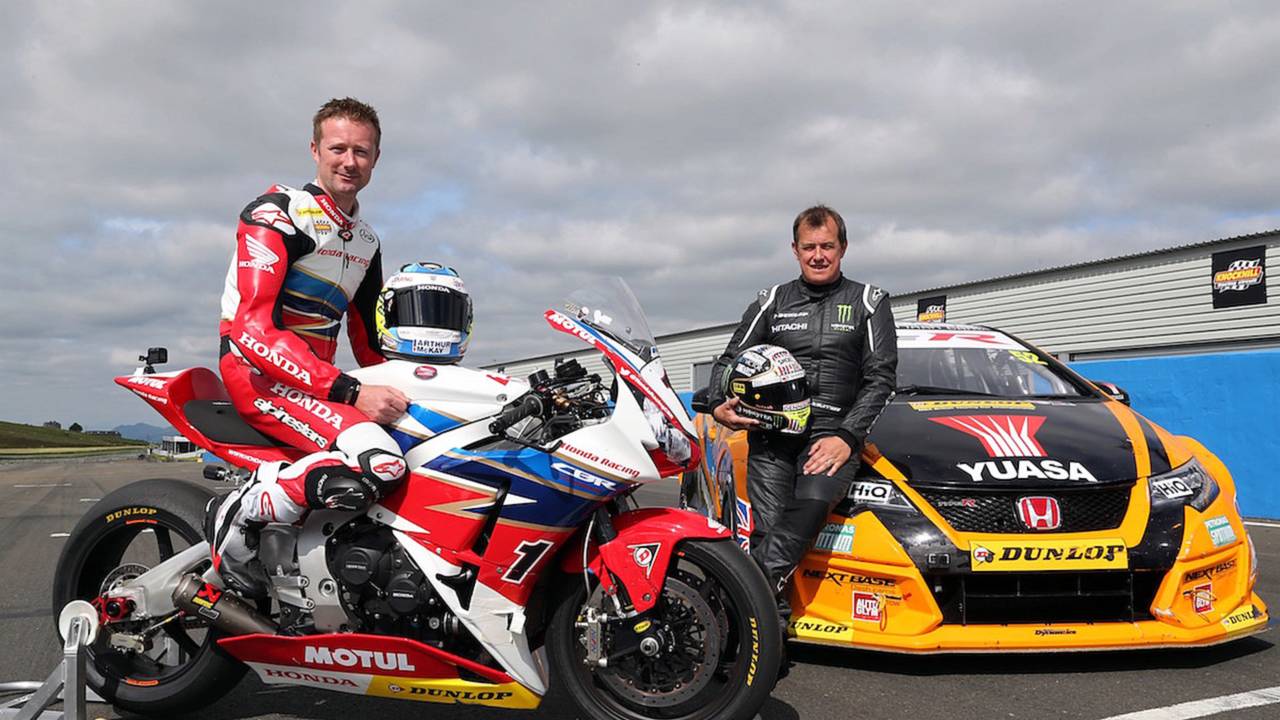 The sportsmen are different, too, but both are at the peak of their sport; capable of using the tires to their maximum to achieve the best lap times. Whether that’s in a 27-lap race, over 21 miles against 31 other cars on a smooth race track, or a single 37.73-mile lap of the daunting Isle of Man TT Mountain course, held on closed public roads.

Swapping machines is no mean feat – to get competitive lap times, they both needed to learn the car and bike respectively in just a handful of laps. During that time, they also had to adjust to the very different tires that were the only thing between their vehicle and the tarmac.

While Dunlop or Honda will not be releasing official lap times from the event on Monday, both boys were said to be incredibly close to each other’s lap times. 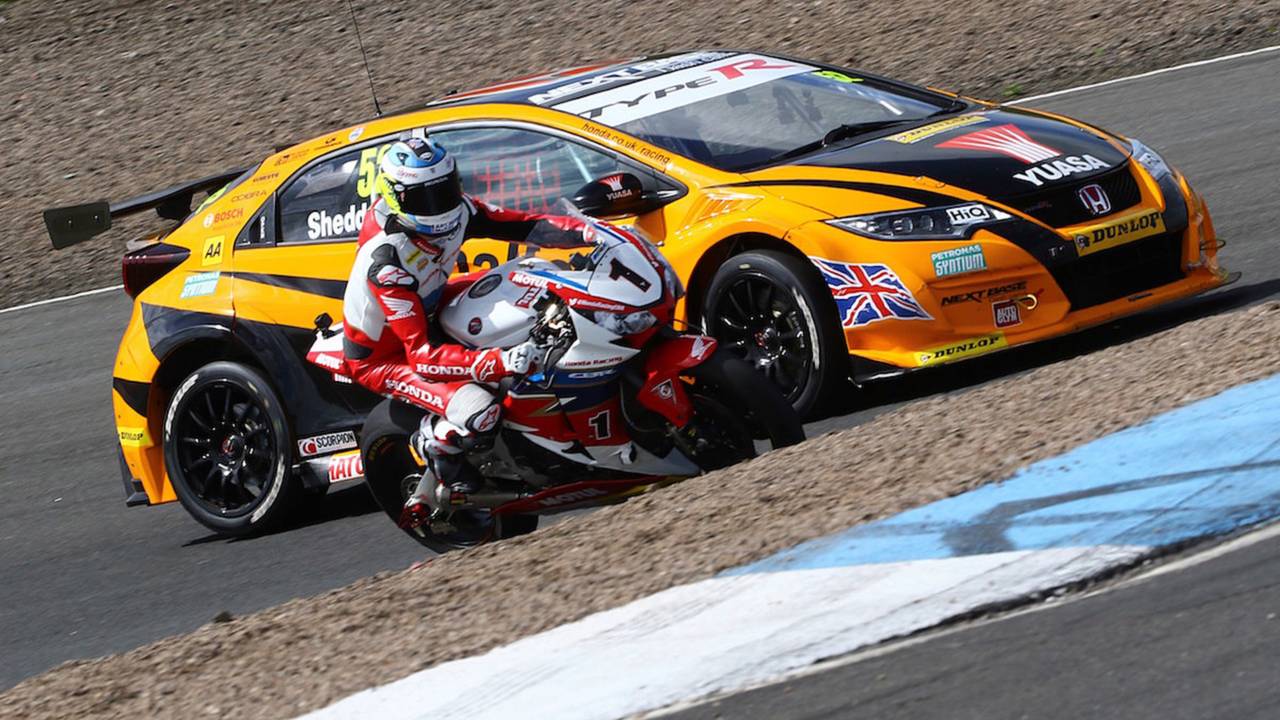 “It was brilliant, I didn’t want to get out of the car, to be honest,” said McGuiness. “The first session all happened really fast but then I settled down into a groove. The whole mindset changes when you swap from what you know to something new, and I was a bit nervous, but we’re all racers and just want to go fast.

“It’s hard to see the apex, you’re strapped in tight, and it’s quite warm in there. You’re breathing in engine fumes and there are lots of rattles and bangs, it’s such a different world but I was shocked by how nice and precise it was. Dunlop put on some soft, sticky, amazing grippy tires on the Honda Civic Type R and they gave me so much confidence to go fast.”