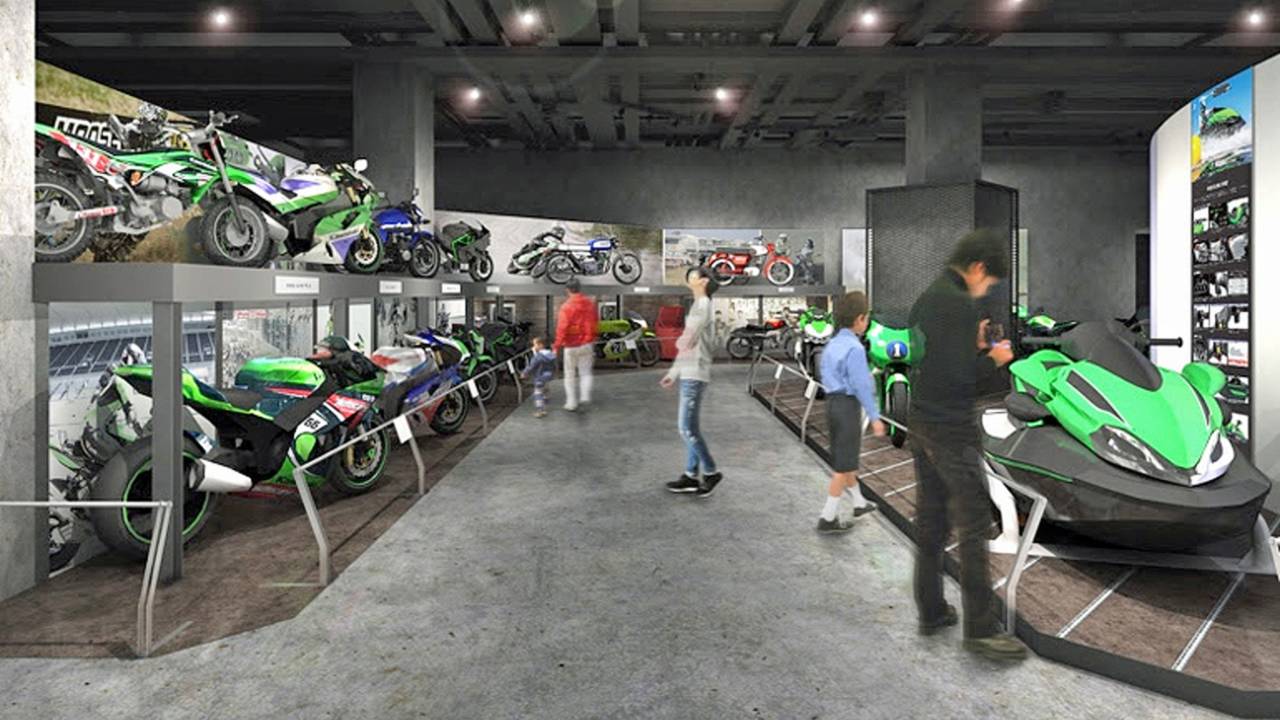 Kawasaki Good Times World Reopens to the public after being closed for renovations the past few years. If you happen to be in Kobe swing by and check it out

Kawasaki has always been a performance-oriented company. In 1972 they released the 900 Super Four (Z1), effectively the debut of the modern Superbike era. Fast forward to 2015, and Kawasaki presented the Ninja H2R/H2 sportbike, with a supercharged engine that set a new performance standard. These two models are products of a philosophy and approach to technology that aims for top speed dating back over 70 years, to the Kawasaki Ki-61 Hien (“Flying Swallow") Type 3 fighter plane (Check that out i the final image of this article).

The Kawasaki philosophy evolves today in their commitment to the ideal ride as "RIDEOLOGY" (Ride & Ideology). This term embodies the pride and passion it takes to be fastest in the world, and the goal to enrich the lives of people around the world through the joy of motorcycle riding.

Kawasaki Good Times World reopens on the 14th of October 2016 with new inspiration from the Kawasaki Philosophy.

The showcase includes a number of famous Kawasaki bikes that were pioneers in their time. A two-story space allows visitors to see a large number of models. For some models, both the street and race bikes are on display together. Included are:

In the Hands-On Zone, visitors can sit on actual two-wheeled and four-wheeled vehicles to get a physical feel for the ride.

Kawasaki's 2017 models just exhibited at INTERMOT in Germany will be on display as an opening exhibition in the space reserved for specially themed exhibits.

This riding simulator lets you take two simulated laps on a Ninja ZX-10R sportbike around a circuit whose scenery is shown on the spherical screen in front of you. Both children and adults can enjoy this ride.