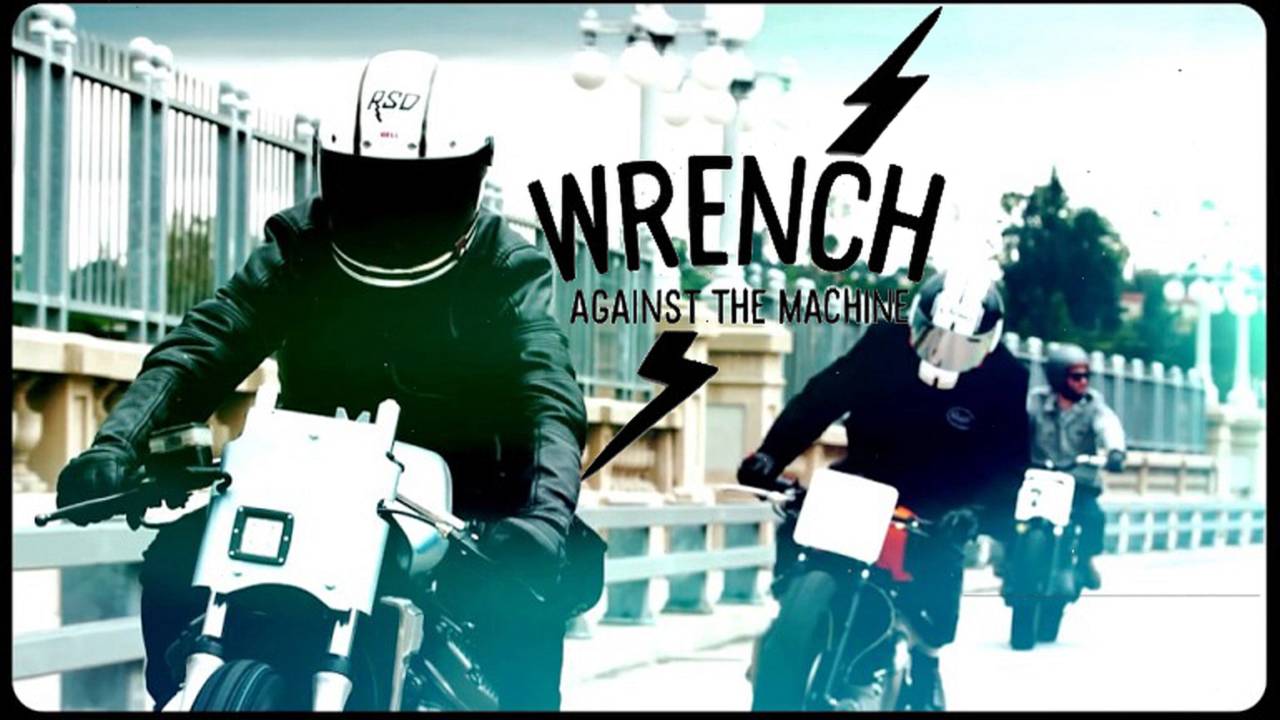 We check out the latest bike building reality TV show called Wrench Against the Machine.

Esquire TV's new motorcycle build reality show is the best bike-centric show to come along in a while, despite the beards and flannel. I watched an early preview of an episode, and got to talk to Michael "Woolie" Wollaway, one of the judges, at the premiere party at Deus Ex Machina last week, and here's my take on it.

If you haven't read the earlier piece, the basic premise is this: Two teams of three people have three days to build, starting with a bike they are given and $3,000. The show is mobile, and shoots with teams from all over the country on both coasts. For this episode the teams were: Steel Bent Customs from Tampa, Florida, and Draft Studio from Chicago.

Woolie said, one of the challenges for the producers was finding a pair o equally lousy bikes to start with each time, and in some episodes the bikes barely run when the teams start. For this first episode They solved that, and threw the vintage bike enthusiast teams for a loop with a pair of 2016 Indian Scouts. Another thing that threw them for a loop was the 72 hour countdown clock, which did not stop while you sat in L.A. traffic, or took a nap, or ate dinner. It was six big dudes living and wrenching for 72 hours straight on the floor of the shop.

It is not all smooth sailing, and many of the issues come from the builder's own poor choices at the start. But having just 72 hours to design and build, you can't let the perfect be the enemy of the good, and they just press on, improvising as they go along. The 72-hour deadline is an artificial constraint that chafes when it is used on non-competition "reality" shows, but it really works here. This is a race to see who can conceive and build a better bike faster. They avoid the sort of manufactured drama comedian Bill Burr jokes about.

One of the teams starts out with a much more ambitious plan involving mating the Indian EFI pump and fuel system to an old Honda tank, fabricating a new subframe, converting to a jockey shift, and more. It all seemed so simple when they drew it out on Photoshop with their laptop! Needless to say, they have a hard time getting the bike back into running order before the deadline.

As the sun comes up on the morning of the last day, it is a scramble right down to the final few minutes to finish everything. The judges are a bit surprised, and pretty impressed with how ambitious the builds are. They are a bit less impressed after taking them for a test ride and putting them through their paces.

Woolie had not seen the show yet, and was worried they may have either edited it to make him the bad guy, or else gotten rid of all his criticisms all together. Neither is the case. The show lets the expert judges actually do some judging, and everything is not sunshine, lollipops, and rainbows. For a builder like Michael Woolaway, making a bike that looks good is secondary to making a bike that works properly, but he is so good at both you would never know that. With this build, he said to me, neither was really an improvement over the two perfectly good brand new bikes.

I'm not going to tell you who won, You should watch the show. The first episode of "Wrench Against the Machine" (which may not be the one I saw) will air on November 15th at 9pm EST, on the Esquire Channel. You may want to check out their other new show, "Joyride" as well, which is sort of like "Top Gear," but with less information about new cars, and more personalities driving cool cars. The hosts include Brian Vickers (NASCAR driver), T-Pain (hip hop star), and Mischa Barton, two of whom were at the preview party.