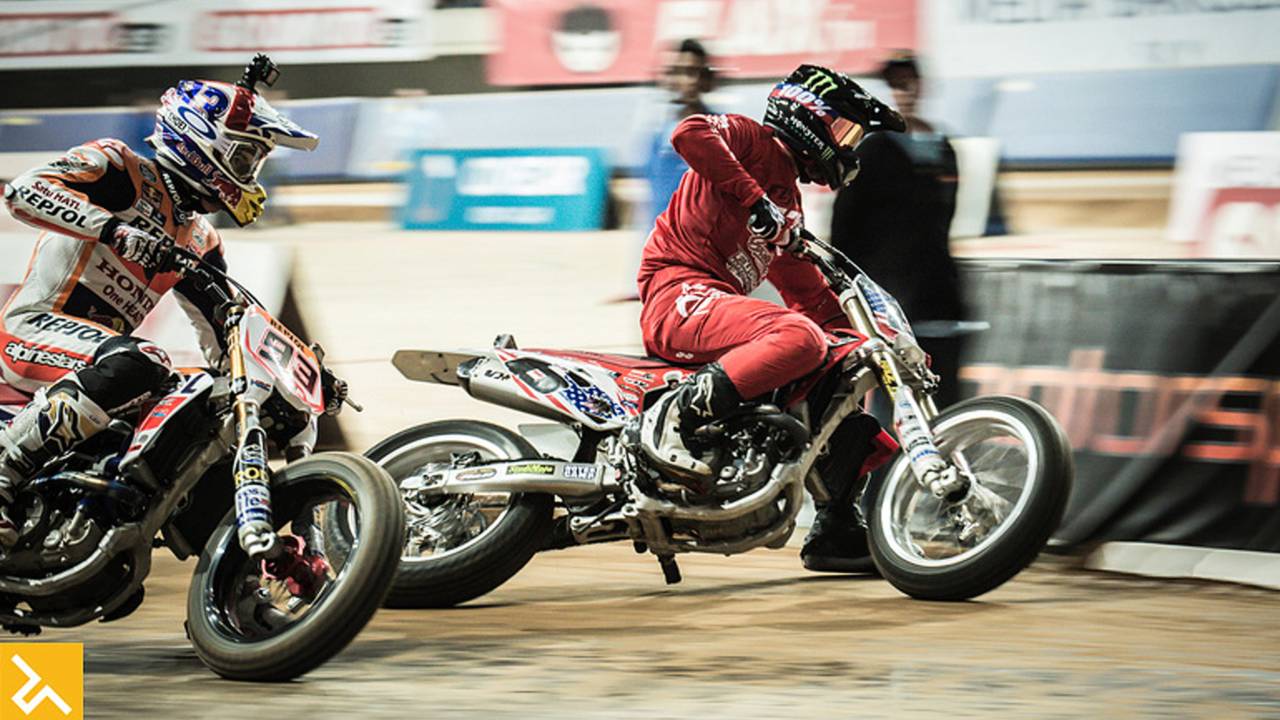 There goes another year in racing, time once again for the long awaited rematch between American Flat Track’s Brad Baker and MotoGP’s Marc Marquez at the fourth running of the Superprestigio at Palau Saint Jordi in Barcelona, Spain on Saturday, December 17.

Once again, FansChoice.tv will live stream the event in the U.S. this Saturday from 12:00 p.m. ET – 3:30 p.m. ET, free of charge thanks to a collaborative effort between American Flat Track and RPM-MKTG, the promoters of the Superprestigio.

Three-time MotoGP World Champion Marquez will once again aim to beat Baker at his own game. The 2013 Grand National Champion remains undefeated against Marquez, topping the international superstar in both Superprestigio I and III. In 2014, during the second running of the international dirt track spectacular, Baker was sidelined after a crash in practice and Marquez scored a win over three-time Grand National Champion Jared Mees. Mees was invited to take part in this year’s grudge match overseas, but unfortunately he’s still on the mend from an injury suffered in off-season testing.