The Kawasaki Versys 650 and Versys 1000 have been tweaked slightly for the 2017 model year.

Not to be outshined by its new 300cc sibling the 650cc and 1000cc versions of the popular Kawasaki Versys are to receive some tweaks for 2017. 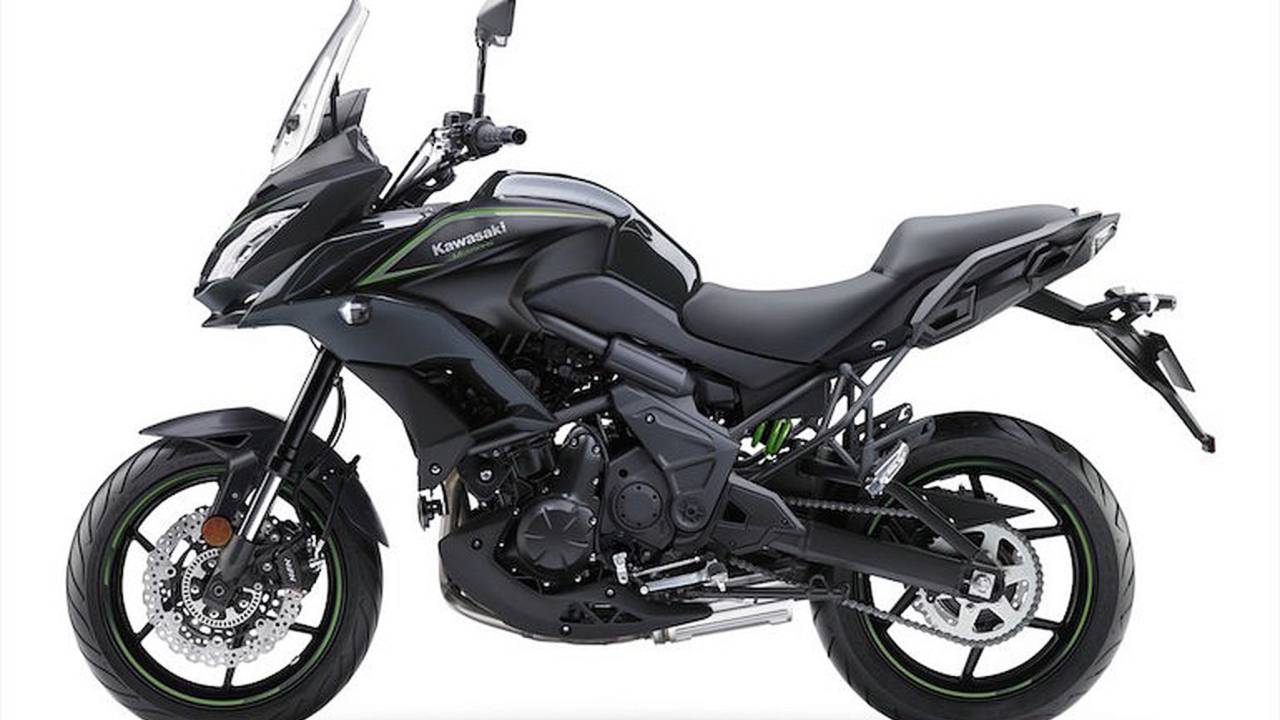 The Kawasaki Versys 650 has gained a substantial following since its introduction in 2007 and been enhanced a few times since. Two years ago, the elements of styling, suspension compliance and easy-to-use luggage received some attention, making it even more versatile. 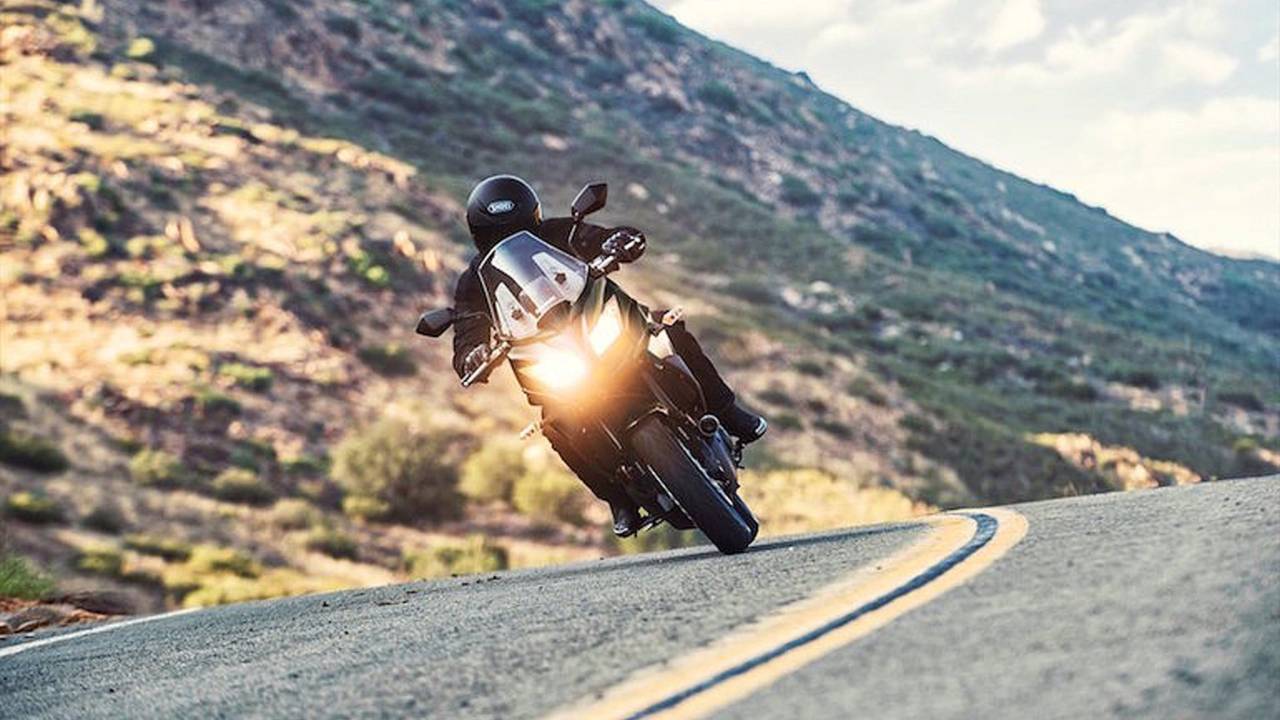 For its tenth anniversary the middleweight models get some minor mods with new paint schemes and a gear-position indicator in the instrument panel (Finally! – Ed). The adjustable windshield has a knob for easier adjustment, and the accessory catalog includes a GPS mount. 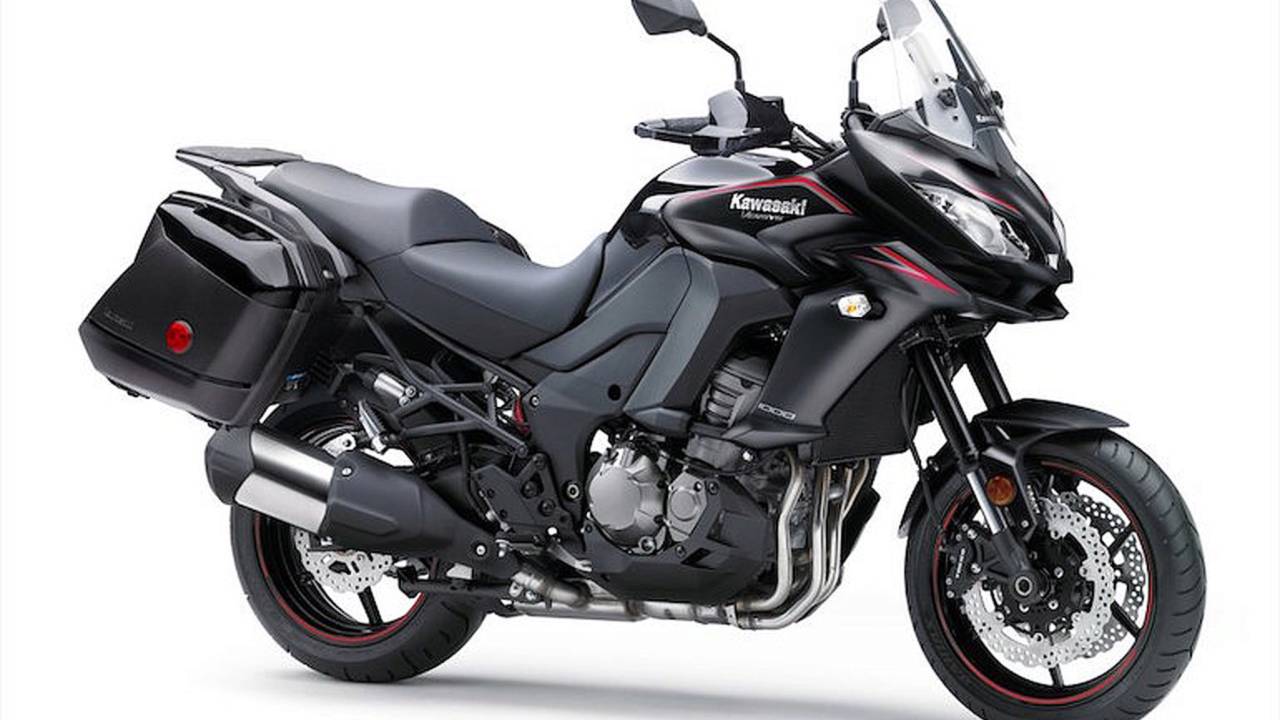 The 2017 Versys 650 LT motorcycle has the same mechanical specification as the 650 ABS, and also comes standard with color-matched 28-liter hard saddlebags and gloss black hand guards. This extra equipment adds even greater flexibility to an already accomplished motorcycle, says Team Green. The quick release capability, makes it easy for the rider to remove and mount the bags quickly, and the bags utilize Kawasaki’s One Key System for extra convenience. 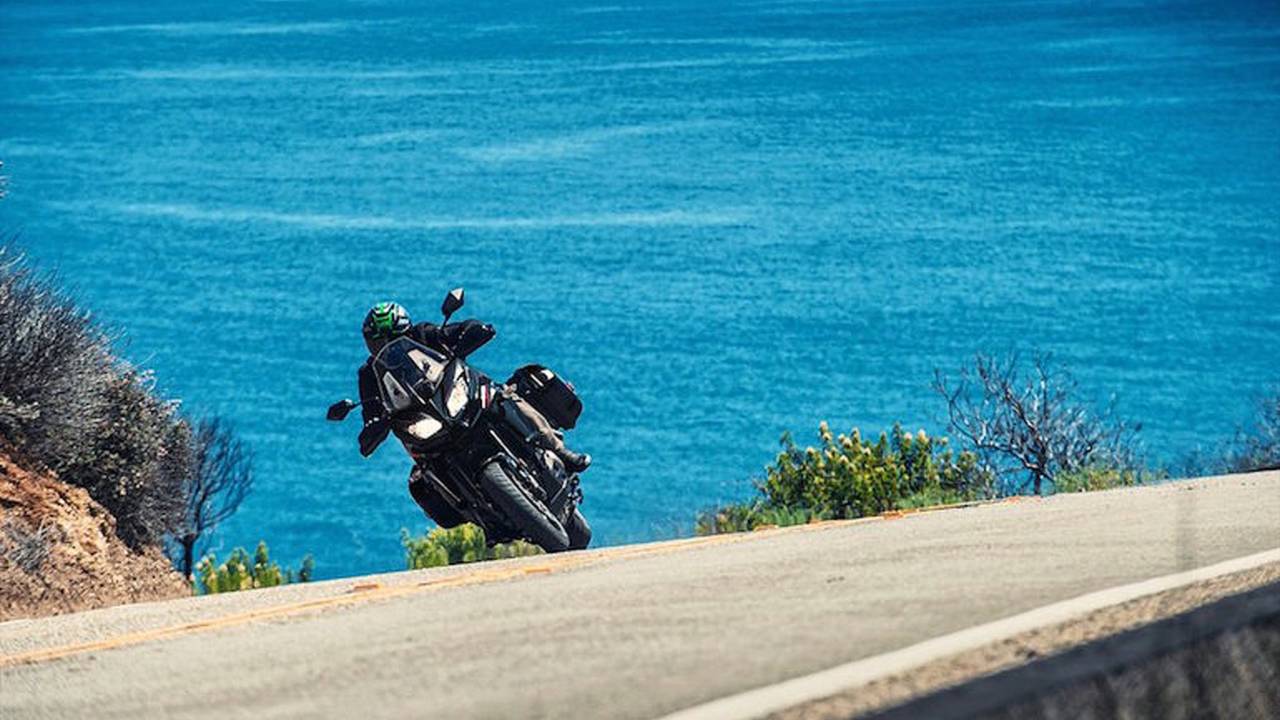 All the Versys LT models come standard with a 24-month limited warranty, which can be extended up to an additional 48 months with the optional extended warranty. The new colors include: Metallic Flat Black / Metallic Carbon Gray, Metallic Raw Titanium for the both model variations. Base price is $8,099. 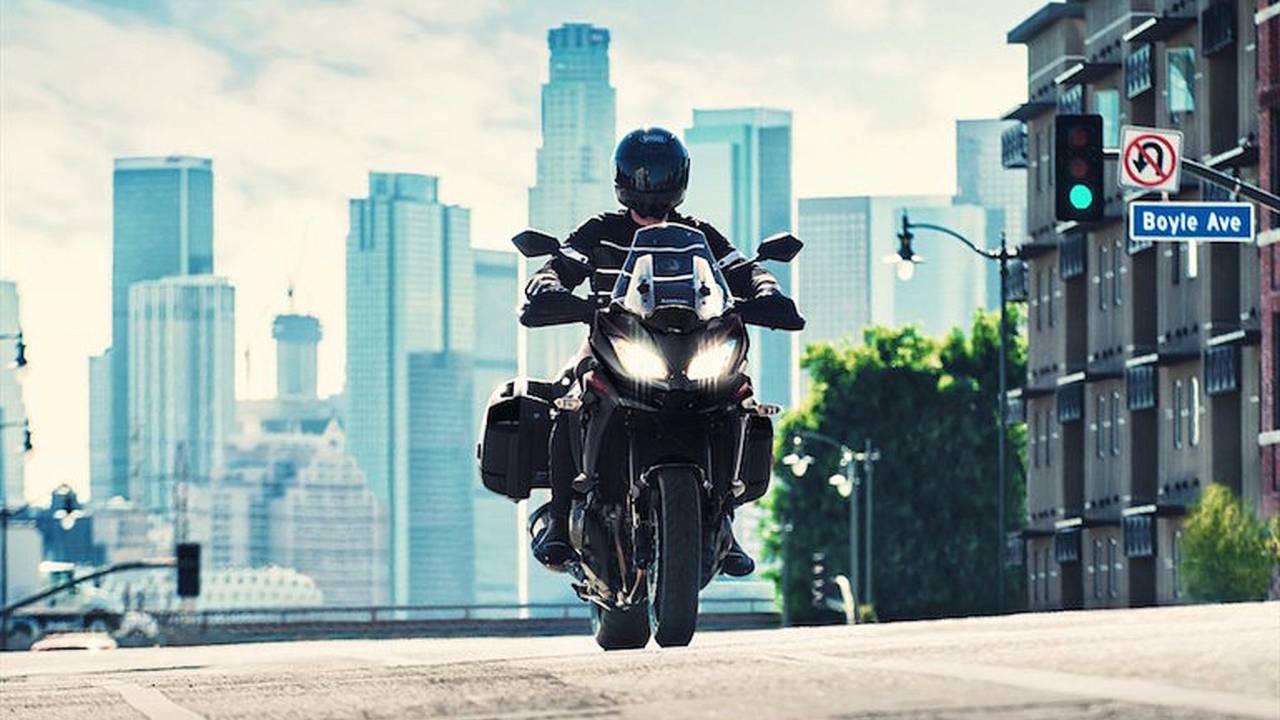 Now in its third year as a U.S. model, the Versys 1000 LT weighs in on the heavyweight side (550 pounds) of the adventure touring spectrum. With its four-cylinder KZ1000 engine, the jumbo Versys slots closer to the sport touring category. For 2017 it gains a gear position indicator (Again we say: Finally! – Ed) and a new color, Metallic Spark Black with red graphics. ABS is still standard on the Versys 1000 LT along with KQR color-matched, hard saddlebags and adjustable windscreen with improved knob adjustment.

The accessories now include a large touring windscreen, for more long distance comfort and an accessory GPS mount. Available in Metallic Flat Spark Black, the 1000 LT sells for $11,999.