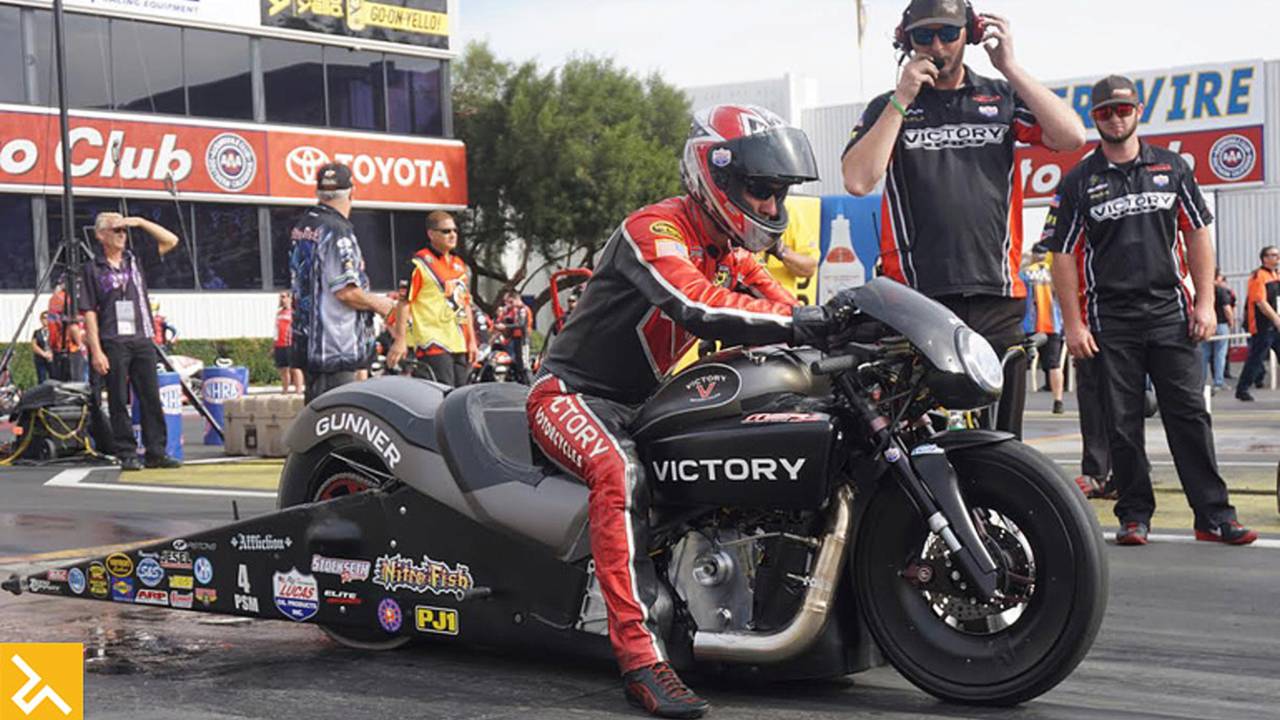 Matt Smith rode his Pro Stock “Gunner” to his first win of the season and the first for Victory Motorcycles at the NHRA Auto Club Finals in Pomona, Calif. The celebration began before Smith and his Victory Gunner crossed the finish line. Smith knew he would stand on the top step of the podium when opponent Angelle Sampey went red at the start, so he pulled in the clutch and pumped his first in the air, celebrating as he went down the track.

"You don't realize how much you miss being in victory lane until you get back to victory lane," a smiling Smith said. "To get a victory for Victory - I like that saying. Hopefully we can do it more next year. I know we are going to have some teammates with Victory next year, and I'm just glad we got to do it first.

"What a deal!" Smith said. "It's a good finish to what's been a bad year. We've had gremlins this year and to cap it off here in Pomona for Victory, Lucas Oil, Mark Stockseth. Thank you Mark and Marshall (Stockseth) for everything you have done for me. And thanks to Nitro Fish, Kenny Koretsky and Elite Performance, too."