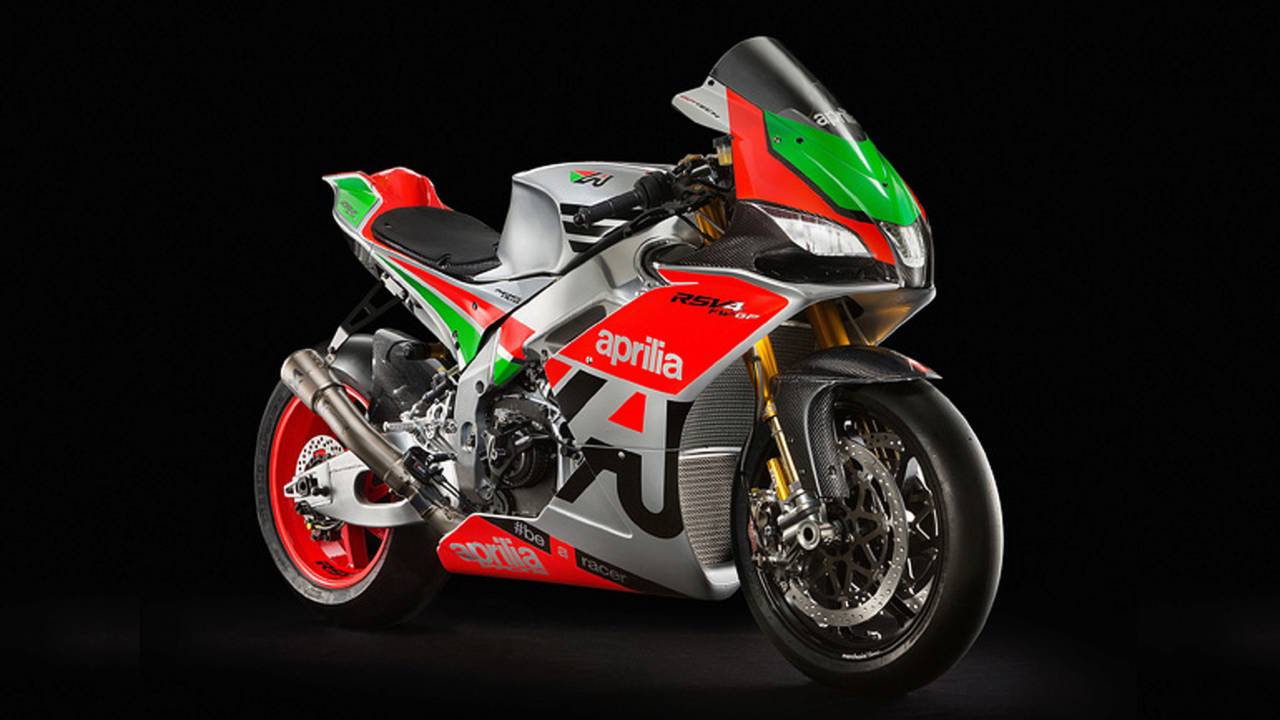 Aprilianow offers a race ready RSV4 R in one of four different racing packages including the special FW-GP to help get more racers on Aprilia motorcycles.

With the battle for World Superbike supremacy in full swing, we are seeing an onslaught of homologation specials from the participating OEMs, but Aprilia is taking it a step further. The Aprilia Factory Works RSV4 FW-GP is the latest example of just how far down the rabbit hole these companies are willing to go. There will be four distinct models available, each of which are built to specific championship specifications so you can essentially buy a bike that is ready to compete at any level of racing class you intend to compete. Although there was no official pricing initially, Aprilia has provided the prices of each bike and the FW-GP will ring the till at USD $167,000.

“Aprilia Racing has always competed in the most selective world speed championships, like MotoGP, in order to acquire experience and to develop technologies that we can also apply to the factory product,” explains Romano Albesiano, Aprilia Racing Technical Manager. “The RSV4 is the best example of the close collaboration between the racing world and production. With the Factory Works programme, Aprilia Racing now offers something more, something truly unique - the chance to own a true racing bike. Different levels of sophistication are available: it starts with an RSV4 optimised for the track, moving on to the SSTK version (exactly like the bike that dominated the 2015 Superstock 1000 FIM Cup) all the way to a true Superbike. For 2017 we decided to push farther, making an extreme RSV4 configuration available, fitted with an engine that has pneumatic valve timing. With the FW-GP, Aprilia Racing provides its customers, not only with the technology developed in MotoGP, but also with special treatment in terms of information, support and fine-tuning of the bike before, during and after the purchase, just like the riders have who race with Aprilia Racing, in order to allow them to take maximum advantage of this exceptional bike's full potential.”

Based on the SBK version, the FW-GP will feature be tuned to churn out 250 horsepower and come with a particularly sweet bunch of bonus goodies to make it worth the cost of entry into the Factory Works Program of Aprilia Racing.