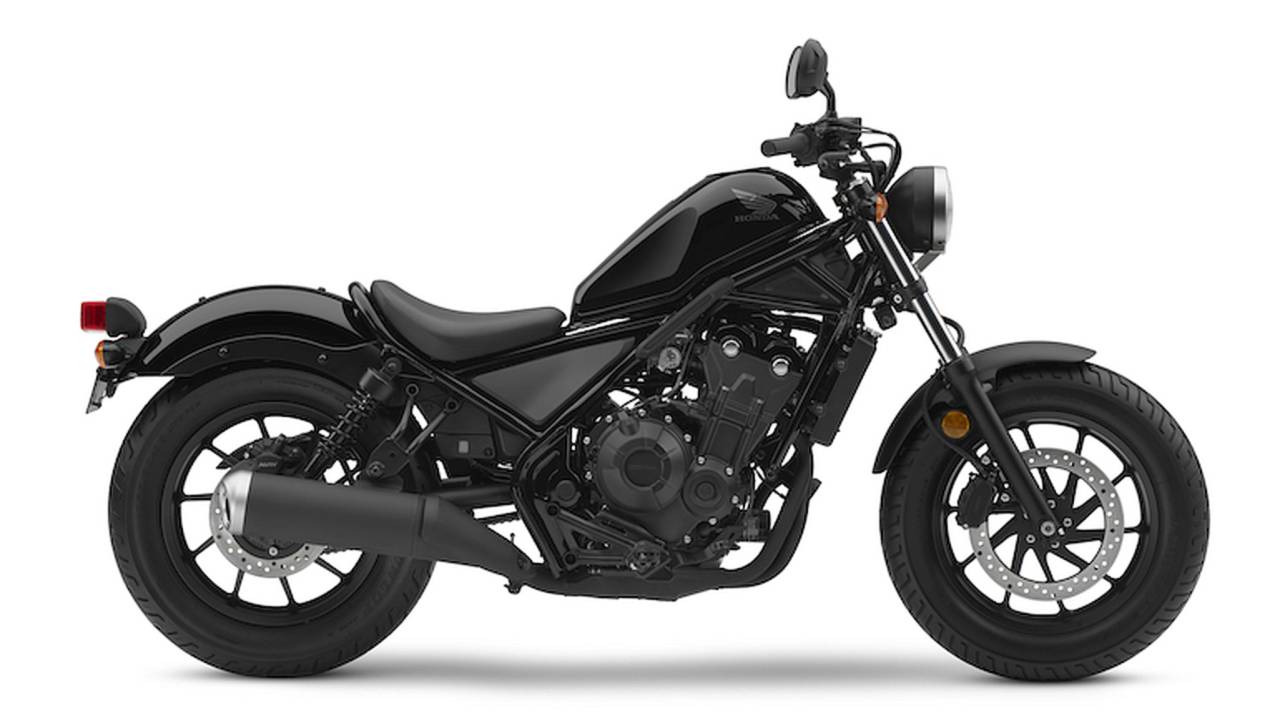 The new Honda Rebel 300cc and 500cc models are directly aimed at the young, hip motorcyclist.

Never one to dive into a trend too early, Honda has pulled the cover off two new bobber-inspired models aimed at younger/newer riders: the Honda Rebel 300 and Honda Rebel 500.

Honda describes the pair as "progressive customs that fuse tradition with groundbreaking new ideas and perspectives while providing ample scope for owner customization."

Development for the Rebel 500 and Rebel 300 began in the United States, where Honda's cruiser line-up is far more extensive than it is in other countries. The Rebel has been a newbie stalwart since it was first introduced way back in 1985, with thousands of American riders fondly recalling their early street riding days aboard one of those trusty machines.

In fact, you could argue that this is a Millennial's motorcycle, designed specifically by and manufactured for the Millennial crowd. Everything from the young design team to the PR movie starring hip dudes in skinny jeans having the time of their lives riding this bike, points to this as its target demographic.

Honda says that in bringing the Rebel up to date it went retro, "referencing a timeless look while also introducing a forward-thinking, contemporary style."

And it makes perfect sense. This company doesn't do this type of thing without putting a lot of thought into it. If you're like me, at first glance you will wonder what the heck is going on with this bike, but remember it's a bobber with a sporting pedigree to some extent. The original Rebel 250 was a demure cruiser that new riders used to cut their teeth then quickly replace with the next best thing. The new Rebel 300 probably fits that bill, too, but this new design lends itself to being customized to some degree. And although we haven't ridden it yet, the word is it is sporty in nature.

There are images of two custom Rebels and two concept drawings at the end of this article, but the event was held in the cellar of the swanky Federal Bar in Long Beach, so the images aren't the greatest.

"For many riders who have grown up through the digital age, motorcycles represent a lifestyle and an attitude, a means of expressing their individuality," said Lee Edmunds, manager of Motorcycle Marketing Communications at American Honda. "The machines that speak to these riders need to reflect this, to fit with their life while also offering the potential for further individualization. The Rebel 500 and Rebel 300 are simple and raw, offering cutting-edge style and a radical image while minimizing the barriers to riding. There's literally nothing else out there like them, and we're confident that both models will appeal to young riders who want to stand out and are open to new experiences."

Honda describes the models as exercises in straightforward, minimalist design. The bikes' low, lean silhouettes are crowned by iconic fuel tanks, aggressively raked front ends and fat tires on large-diameter wheels – along with a stamped-steel rear fender and narrow frame body. A round headlight sits up high in a die-cast aluminum mount, the speedometer is a compact dial with negative LCD display and blue backlight, and the ignition is housed below the left side of the fuel tank. Everything that can be, is blacked out.

Powered by a 471cc Parallel Twin, the Rebel 500 claims "strong bottom-end torque and a smooth, linear power delivery." That engine is the same one used in the existing CB500X, CB500F, and CBR500R models. That means we'd expect a maximum power output of roughly 47 horsepower (35kW).

Meanwhile the Rebel 300 is powered by a 286cc Single – the same engine found in the CB300F and CBR300R (which suggests a maximum power output of about 30 hp, or 22kW). In both cases, the bikes' riding positions are relaxed and neutral, with arms outstretched and feet dropping straight down to mid-mounted pegs.

We'll be looking forward to throwing a leg over, but Honda says the Rebels are "fun to ride slow and fast, great for day trips, jaunts to the coffee shops or even sporty sessions on winding roads."

Both the Rebel 500 and Rebel 300 are available in standard and ABS versions. Farewell the drum brakes of old. The new Rebels will be available in a number of colors:

This cool camo concept is one of two examples of what a customized Rebel might look like. This particular bike was coined the Project 40 because, it takes styling cues from the WWII P-40 Warhawk fighter plane's distinctive toothy grin logo.

The yellow custom bike has tall bars and a bright, colorful approach to the design – including spoke wheels that look cooler than the cast units the bike will come equipped with.

Below are line drawings of two additional Rebel concepts that were on display as framed prints. Again, the picture was tough to take but I'm sure you get the point, Honda wants people to customize these bikes and these are just a few examples of the potential of these little bobbers. I personally think the last image is the way I would suggest Honda build ASAP because it looks the coolest with the knobby tires, skid plates and spiffy exhaust.