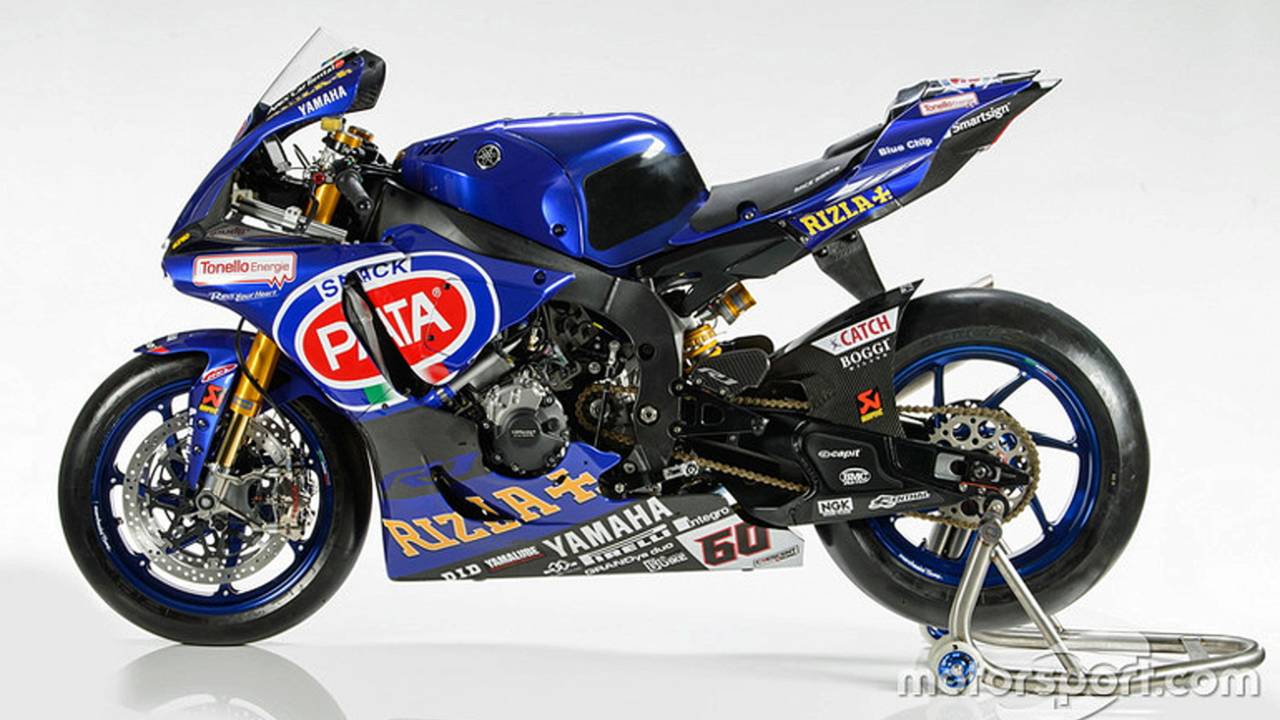 Take a long, hard look at the 2017 World Superbike Teams because they're about to get blurry real quick...

I know, I know, RideApart doesn’t fully cover motorcycle racing because our sister site Motorsport.com has that covered. However, it is my personal opinion that we should all be allowed to take a peek at the big news surrounding events like the unveiling of the new racing teams, checking out the latest version of the bad ass bikes and hearing what those folks have to say about it all.

I posted the Redbull Honda WSBK Team news yesterday because it is nice to see the most conspicuous energy drink brand return to the World Superbike series and I think Nick Hayden is a cool cat too. But there’s more than just one team out there so here’s a look at the ones who’ve been announced and links to the Motorsport.com article that goes into the juicy details of each one of them.

Ducati Factory WSBK Team: Chaz Davies and Marco Melandri. Over the past two seasons there has been only one consistent challenge to the dominant Kawasaki WSBK Team and that has come from Chaz Davies and the Factory Panigale R. After finishing the 2016 season with six wins in a row and 11 wins overall, he has to be the odds-on favorite to give Rea and Sykes a run for their money in 2017 Add into the mix, former MotoGP star Marco Melandri and now, Ducati should once again have to riders capable of contending on any given weekend. Melandri is no stranger to WSBK having spent four years amassing 19 wins during his previous tenure.

The 2017 Pata Yamaha World Superbike Team will consist of Alex Lowes and his new teammate Michael Van der Mark, who jumps form the Honda to Yamaha after a stint on the CBR that saw him earn nine podium finishes in three years. This is the second season for the official Factory Yamaha Team so the pressure will be tremendous to keep pace with the Kawasaki and Ducati super teams. The pair will compete on the most formidable version of the 2017 Yamaha YZF-R1 you’ve ever seen. Just check out the video below for proof.

Aprilia World Superbike has joined forces with Milwaukee to form one of the best looking packages in the paddock for 2017. The Aprilia is a proven winner with three championships in five years from 2010 to 2014. For 2017 the riders will include another GP refugee, Eugene Laverty and Aprilia’s home grown wonder kid, Lorenzo Savadori. There was no Factory Aprilia Team in 2016 so this is great news for the series to have this group back in the mix. Milwaukee actually raced a non-factory BMW S1000RR in 2016 so they are certainly stoked to be using the championship winning RSV4 this year.

As you already read on RA, the 2017 Redbull Honda Factory WSBK Team will be led by former MotoGP champion Nicky Hayden and former Moto2 champion Stefan Bradl. They will compete on the new CBR1000RR SP2.