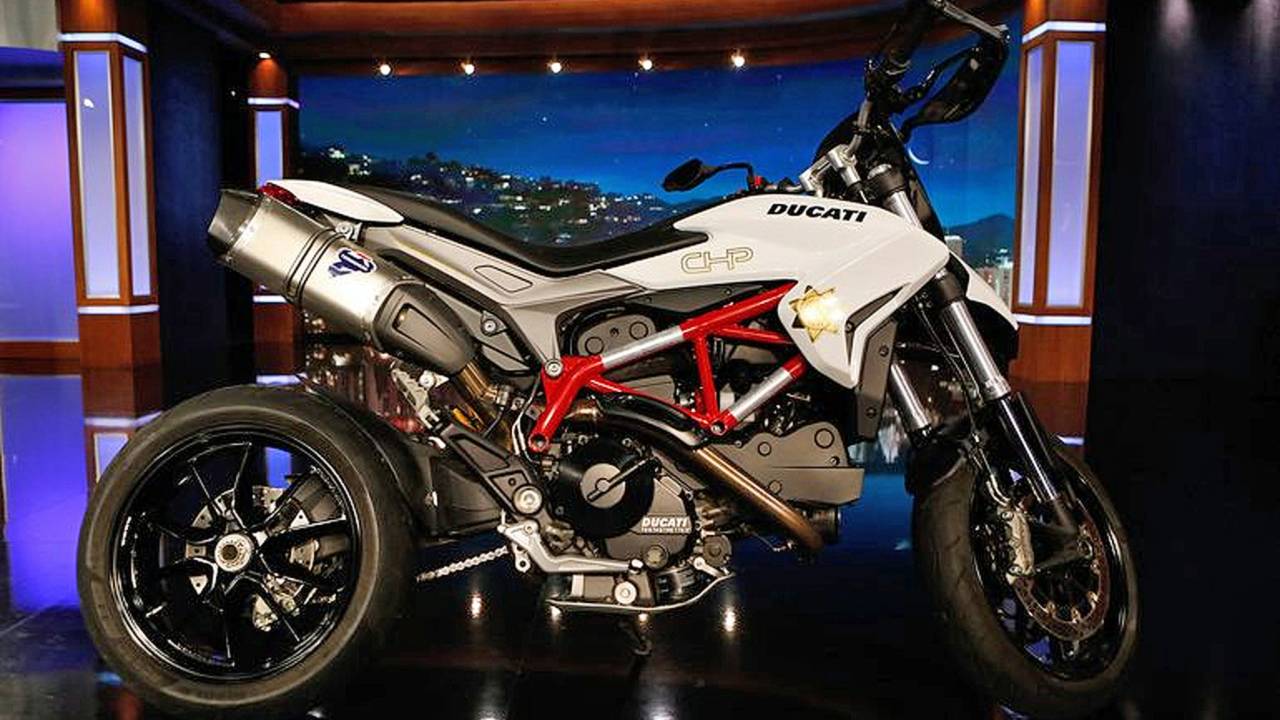 "CHiPS" Hypermotard Up for Auctin

Ducati North America is offering film fans and motorcycle enthusiasts the opportunity to own a piece of the Warner Bros. feature film “CHIPS.” The eBay For Charity auction of the Hypermotard motorcycle that appears in the film begins on March 16 at 12 p.m. PST through March 26 at 12 p.m. PST. Starting bids begin at $5,000. All proceeds from the auction will go to PATH to support their mission to end homelessness for individuals, families, and communities. The action comedy “CHIPS” will open nationwide on Friday, March 24.

“The spirit of ‘CHIPS’ mirrors what we all know and love about motorcycling,” said Jason Chinnock, CEO of Ducati North America. “But there’s also an important mission behind this campaign, and we’re glad to be aligned with PATH and their dedication to alleviate homelessness. We hope that by working with the seasoned team at eBay for Charity that we’ll be able to harness the energy of the film and the exhilaration of the Hypermotard to raise funds for this much-needed cause, while also allowing one lucky fan the chance to own some amazing Hollywood memorabilia.”

Joel John Roberts, CEO of PATH said, “We are so appreciative of Ducati, Warner Bros., and eBay For Charity for this opportunity. PATH is committed to ending homelessness, and with more than 118,000 people homeless in California, we depend on the support of dedicated community members to help us achieve our mission.”

The motorcycle up for auction, which is autographed by actors Dax Shepard and Michael Peña, is one of only two Ducati Hypermotards remaining from production that were used in the film. The auction is open to residents of the United States, Canada and Mexico over the age of 18 and delivery must be taken through a Ducati North America authorized dealer. For more information and to bid visit www.ebay.com/chipsthemovie.