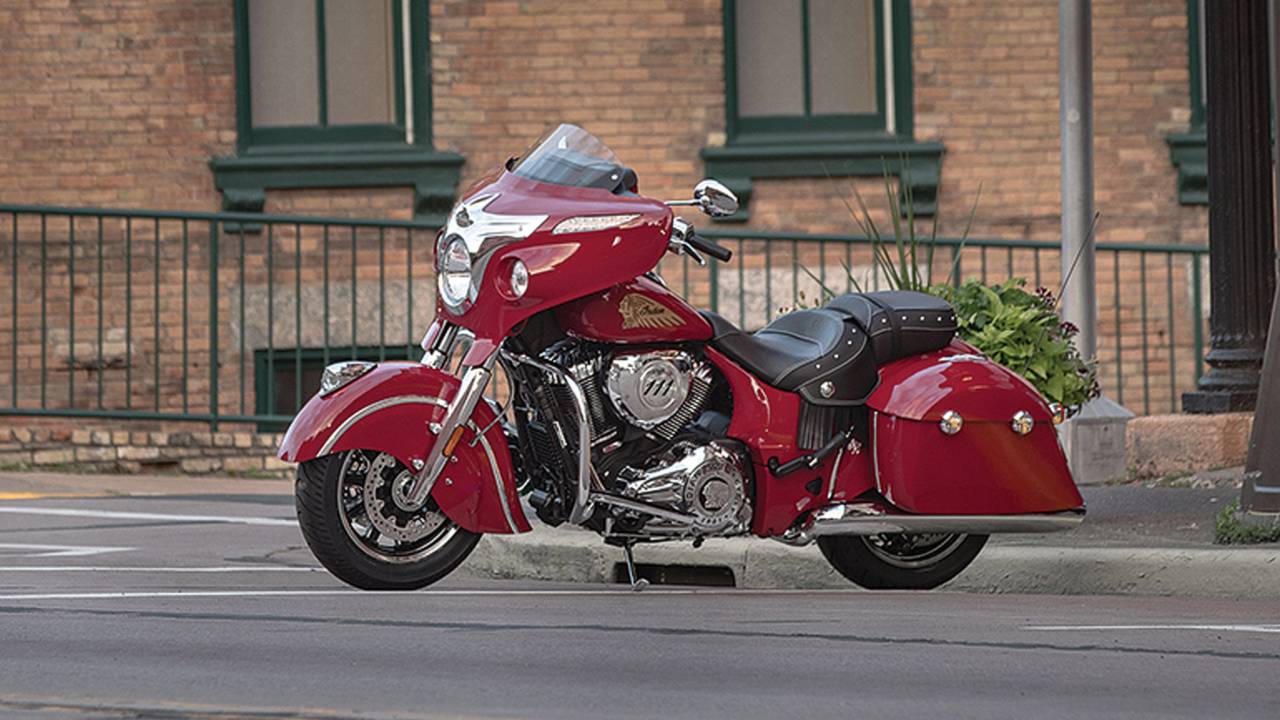 Indian Motorcycle has announced its lineup of Sturgis Motorcycle Rally activities, including demo rides for 2018 models, thrill shows, and two nights of American Flat Track and Hooligan racing. The new model lineup will be displayed on Main Street and an interactive center on Lazelle Street will highlight the week of features.

The Indian Wrecking Crew race team will be hitting Sturgis on August 7 at the Buffalo Chip TT (Sounds classy –Ed). Fans will get the chance to see team riders Jared Mees, Bryan Smith, and Brad Baker hit the track with the dominant Scout FTR750 race bike, for a night of competitive racing. The new Wrecking Crew currently sits atop the season-long points leaderboard, with Mees in first, Smith in second and Baker in third.

“Sturgis Motorcycle Rally is a tradition deeply rooted in our brand’s history, dating back to the first rally back in 1938,” said Reid Wilson, director of marketing for Indian Motorcycle. “It’s important for us to have a strong presence throughout Sturgis and provide attendees the opportunity to connect with Indian through flat track racing, custom builds, and demos with the 2018 lineup.”

Check out what’s new from Indian Motorcycle at the Main Street pavilion where visitors can get a close-up look at select custom builds and all new factory models, 12 pm to 8 pm daily.

Indian Motorcycle’s primary display will be on Lazelle Street, where attendees have the chance to ride the entire 2018 lineup, including the Scout Bobber, Springfield Dark Horse, Chieftain Limited, Roadmaster Elite, among others.

Experience the exhilarating Scout Thrill Show at the stunt area within the Lazelle Street activation site. Catch a very special demo of the new Scout Bobber, along with several stunt performances, including freestyle tricks such as handstands, burnouts, firewalls and more. 11 am, 1 pm, 3 pm, and 5 pm.

Join the third annual Veterans Charity Ride to Sturgis, as they complete their nine-day journey from Los Angeles. A grand parade through Main Street will lead to Indian Motorcycle of Sturgis, where the group will be honored by a color guard salute, a meet-and-greet with Carey Hart and welcome reception from 3-5 pm at Indian Motorcycle Sturgis dealership.

Join Roland Sands and company at the second annual RSD Super Hooligan race, presented by Indian Motorcycle, for a night packed with racing, giveaways, and an epic performance by Ozzy Osbourne. Two custom Hooligan Scout Sixtyy bikes, one designed by Roland Sands and the other by Carey Hart, will be given away before the night concludes.