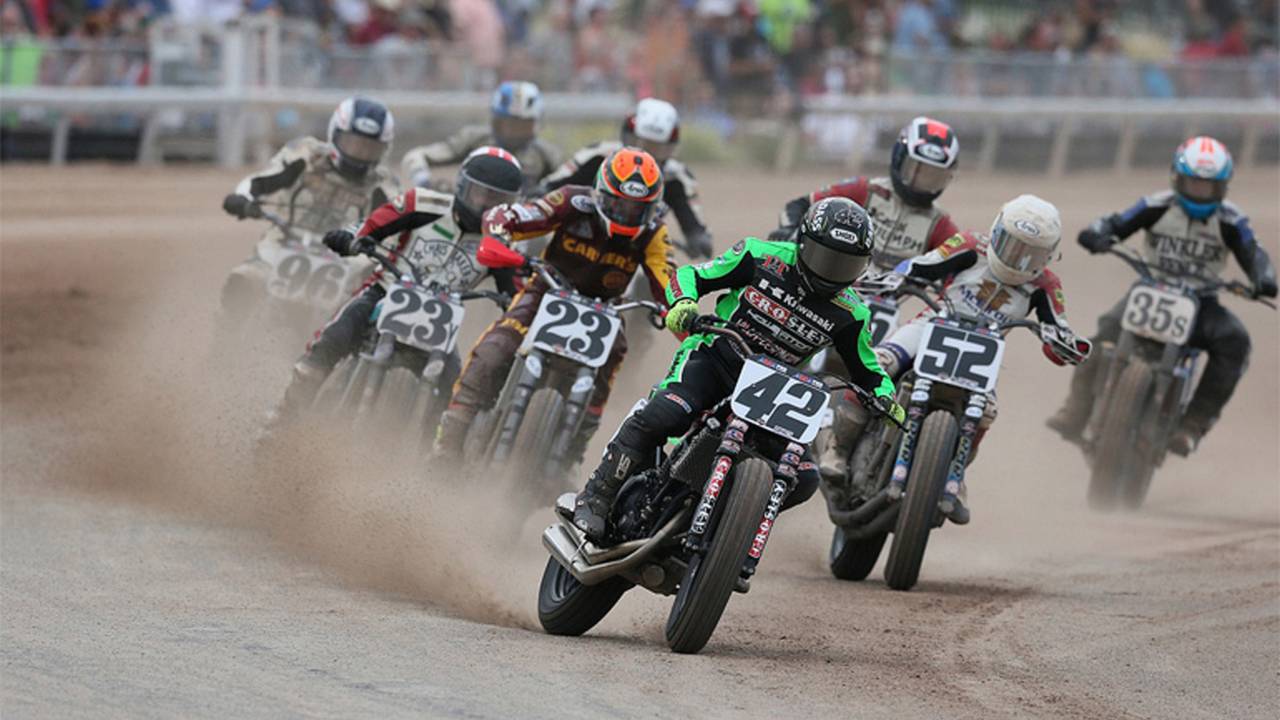 The American Flat Track season finale is still over a month away, but Indian Motorcycle and American Honda have already secured the Manufacturers Championship awards for the Twins and Singles classes respectively. Indian has been absent from the traditionally American form of racing since the demise of the original company in 1953. Now the renewed rivalry between them and Harley-Davidson has given the sport a needed transfusion of new blood.

Acquired by Polaris in 2013, Indian Motorcycle has developed an impressive engineering, production, and marketing program in a relatively short time frame. The purpose-built Scout FTR750 race bike proved itself more than capable from the get-go when ably piloted by factory team riders Bryan Smith, Jared Mees, and Brad Baker. The team quickly earned the moniker “The Wrecking Crew,” a name used by Harley-Davidson when it first challenged Indian’s racing dominance over 100 years ago. Indian Motorcycle has taken 335 out of a possible 350 points in the Manufacturers' standings, with 11 victories and three runner-up finishes in 14 races to earn its first Grand National Championship Manufacturer title.

“Securing the Manufacturers’ Championship through 14 races is an unbelievable accomplishment,” said Indian Motorcycle Product Vice President Gary Gray. “To return to professional flat-track racing after more than 60 years away from the sport and win the championship on a brand-new Scout FTR750 race bike is a testament to all the hard work from the entire Indian Motorcycle Racing team.”

“We’re very pleased that Honda has earned the 2017 AFT Singles Manufacturers’ title with four rounds remaining,” said American Honda Powersports Marketing Senior Manager Mike Snyder. ”With seven of the top 10 riders in the current points standings being Honda-mounted, it’s clear that the CRF450R is the bike of choice for flat-track racing."

"For 2017, Honda revised its Red Rider Rewards program for American Flat Track, and there's now no better contingency program in the Singles class,” Snyder said. “With seven of the top 10 riders in the current points standings being Honda-mounted, it's clear that the CRF450R is the bike of choice for flat track racing. Thank you to the series organizers for the increased exposure the sport has been garnering, and to our Red Riders for representing Honda so well on dirt ovals across the country."