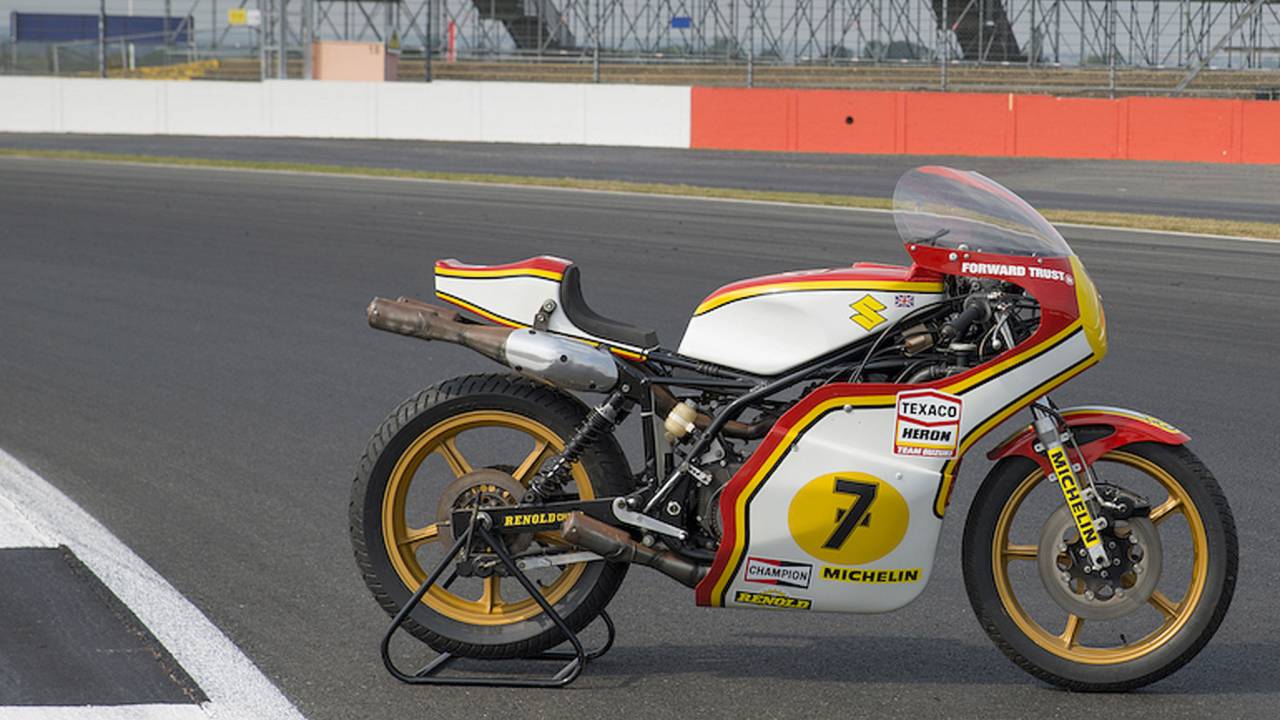 Suzuki is one of few manufacturers that maintains a supply of parts for older models, which means that last year it was able to provide support to the family of British racing legend Barry Sheene to undertake restoration of his 1976 world championship-winning 500cc XR14.

The machine was restored by Martyn Ogborne, who worked with Team Suzuki in the 1970s and was Sheene’s race technician. Later he became a technical manager at Suzuki GB until retiring last year. Also playing a role was Nigel Everett, who was a Grand Prix technician from 1975 and worked with Suzuki from 1982. The bike – a factory racing version of the RG500 – still belongs to the Sheene family, and was flown to the United Kingdom from Australia in 2016 as part of the Suzuki celebrations that marked 40 years since the British rider’s first world title.

Arguably the most popular motorcycle racer of his generation, Sheene was an international pop star and frontpage hero in the United Kingdom. Born in London in 1950, his first GP race was the 125cc class in the 1970 Spanish round. His first win came at the Belgian Grand Prix the following year; his last win in the 500cc class came at the 1981 Swedish GP. Sheene won the Formula 750 title in 1973, and the 500cc World Championship in 1976 and 1977. He died of cancer in 2003.

After forming part of a grand display at last year’s Motorcycle Live show (the largest moto show in the UK), Suzuki and the Sheene family decided to start work on restoring the ’76 bike to its former glory, backed by Suzuki’s Vintage Parts Program. The video above partially shows the effort put into restoring the bike; Part two will be released on June 7.