Harley-Davidson Kicks Off Battle of the Kings 2018 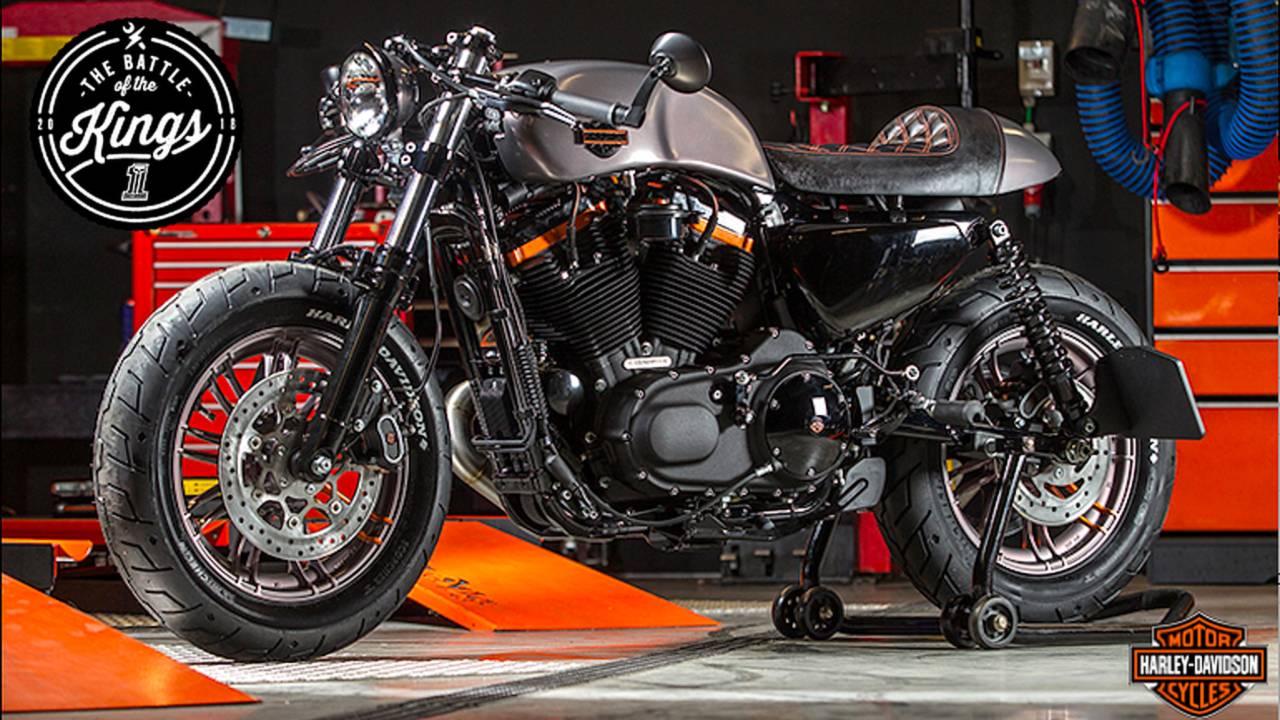 The fourth annual Battle of the Kings gets underway. Vote for your favorite today!

Harley-Davidson’s Battle of the Kings – in which authorized H-Dealerships from more than 20 countries square off against each other to see who can build the coolest custom – is one of the largest custom bike competitions in the world. With 250 dealers entering this year, the competition is practically guaranteed to result in some truly noteworthy bikes. Following a recent Grand Reveal Party last Saturday for the UK region, Harley has officially opened public voting.

The 21 different countries involved are all broken down into separate regions. From there fans vote online for their favorite custom Harley with the five most popular bikes from each region selected. A panel of judges then picks a finalist from each region. All of the finalists will then be flown – along with their bespoke bikes – to Milan for EICMA 2018 where the ultimate winner will be crowned.

The contest also limits each bike to a strictly enforced budget of no more than €6,000 (or $7,340), with at least half of said budget only to be used on official H-D Dark Custom parts and accessories. In addition to ensuring a more level playing field, the contest's limited budget serves as an invaluable marketing tool, demonstrating to potential customers the endless customization possibilities that can be had for just a couple grand. In addition, all bikes must be street legal, which cuts down on some of the more style-over-substance customs.

READ MORE: We Ride and Crash the Street Rod (Riding it Was More Fun)

The list of donor models that are eligible for this year’s contest is limited to the Street 750, Street Rod, Iron 883, Forty-Eight, Roadster, Street Bob, and Fat Bob. Harley officially kicked off voting with the launch of its 2018 Battle of the Kings online hub – a site where fans can go to cast their respective vote(s). Harley threw together a pretty cool video showing off some of the entries for our entertainment, which you can watch below. To check out the rest this year’s entries and to cast your vote, go to the contest’s website.