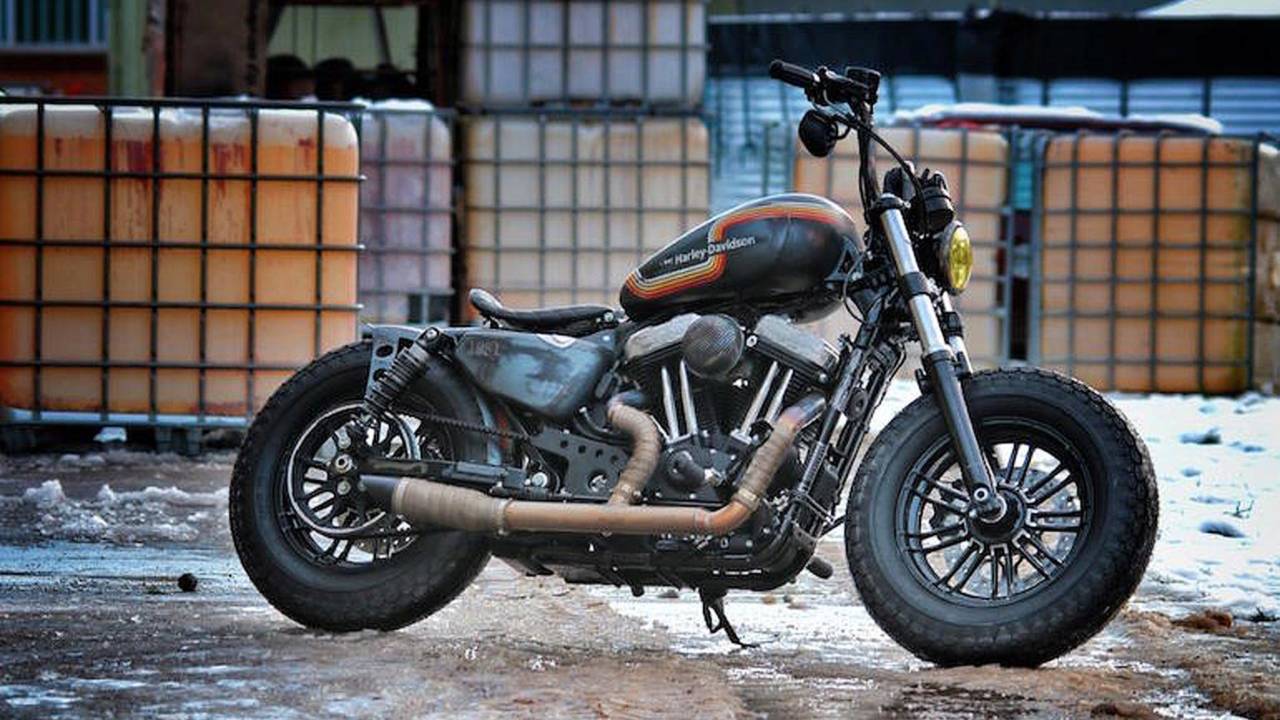 After beating some serious competition, Sycamore Harley-Davidson’s “Alley Rat” selected as UK region finalist for H-D’s Battle of the Kings 2018.

It’s hard to deny the brilliance and success of Harley-Davidson's Battle of the Kings contest. If you don't know, Battle of the Kings is a thing where hundreds of dealerships pick one of seven current H-D models to build a custom around with a limited budget of $7,375—half of which must be spent on pieces from Harley’s massive parts and accessories catalog. Fans then vote on their favorite bikes from each region, five regional finalists are selected, then a single winner is selected from each region and sent to the finals at EICMA in Milan. After more than 12,000 online votes, five finalist were recently selected from the UK & Ireland region. Those five finalist then met up over the weekend at the MCN London Motorcycle Show where a panel of big-name industry judges voted on who would go to the finals in Italy later this year, deciding on Sycamore Harley-Davidson’s Forty Eight-based “Alley Rat”.

Sycamore Harley-Davidson has entered Battle of the Kings every year since the contest's inception. The outfit’s 2017 entry was even selected as a regional finalist but was beaten out. Interestingly the “Alley Rat” was the only UK regional finalist this year that wasn’t built around a Softail Street Bob. The bike was built by Todd Meynell, the dealership's service advisor and head of its in-house custom shop Syc Customs.

The Alley Rat was reportedly inspired by Harley’s machines from the post AMF-era, hence the “1981” adorning the bike’s side-cover. See, 1981 was the year Willie G. Davidson and a handful of investors bought the company back from American Machine and Foundry, returning it to family control. Meynell describes the bespoke two-wheeler as “more of a celebration of the original shed-built bikes and the freedom for imaginations to run riot with a raw, stripped look but one where all the work comes together with the paintwork in place”.

Meynell made good use of his limited budget, calling on Chassis Craft to fabricate the build’s one-off tank, rear-fender, and exhaust system. AP Customs was responsible for the 48’s distressed, retro-inspired paint digs. With competition rules stating that a minimum of half the budget must be used on official H-D parts and accessories, Meynell ordered heap of bolt-on parts that were slightly modified or customized to further the bike’s unique appearance. Pieces ordered directly from the H-D catalog included Brass collection Derby cover, Daymaker headlamp, Screamin’ Eagle fuel pack and exhaust wrap, Tall Boy Sportster bars, solo seat and mounting kit, Chrome retro air cleaner, side-mount vertical licence plate with stop and brake light, and quite a few others.

With a restricted budget and the mandatory use of official H-D parts and accessories, Battle of the Kings serves as a valuable marketing tool. The contest demonstrates the vast customizing potential inherent in Harleys, and the impressive results than can be achieved for just a couple grand.

If you want to learn more about the contest or see more of the bikes, you can check out the Battle of the Kings website.