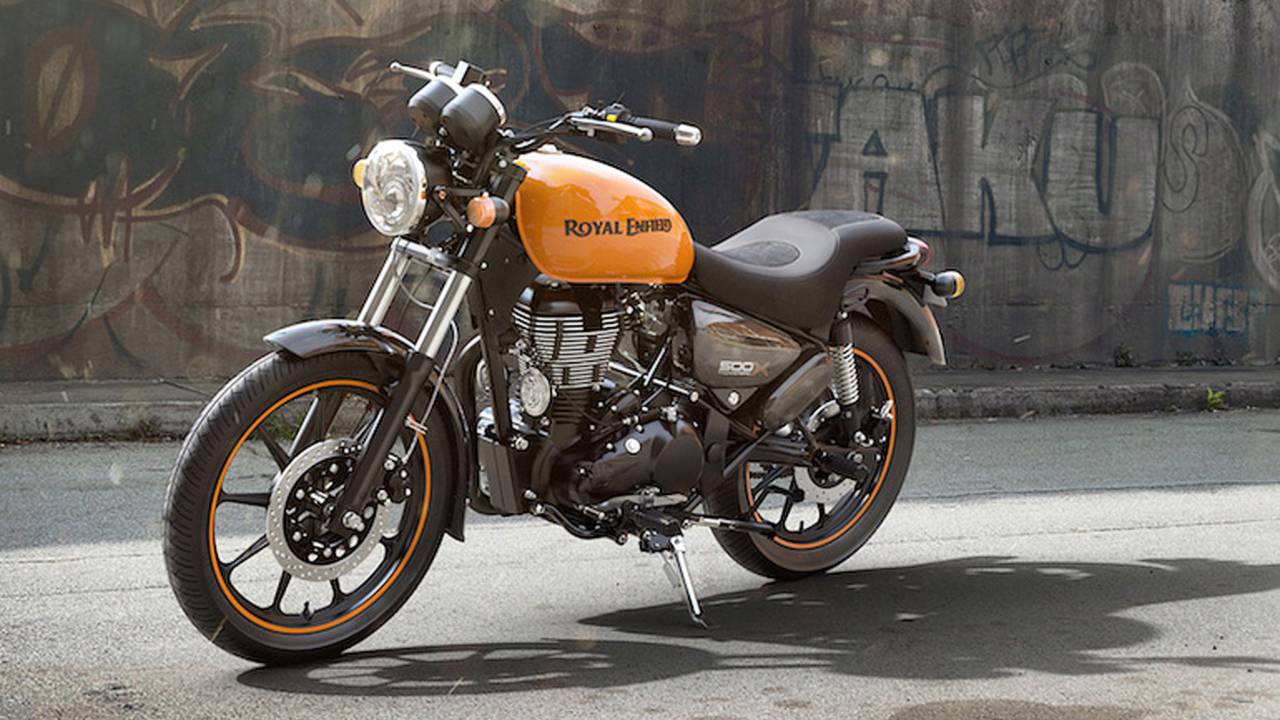 Royal Enfield introduces “an urban-geared rendition” of its existing Thunderbird machines, tapping into a more modern aesthetic than previous offerings.

Back in 2000 Royal Enfield released the Thunderbird, a cruiser-style mount aimed solely at the Indian market. In the years that have followed, Enfield has tweaked and updated the model, adding a 350cc variant, and giving the bikes at least one face lift. Recently the Indian marque unveiled its latest iteration of the model with the new Thunderbird X 350 and 500.

Royal Enfield is calling the new X models “an urban-geared rendition” of its Thunderbird machines. The company gave the classic American-style bikes a modern makeover by changing up the handlebars, headlights,  rear-fenders, and indicators. The new 350cc and half-liter single models also get alloy wheels which is reportedly a Royal Enfield first. The design team also blacked out several components such as the headers and exhausts, handlebars, and parts of the suspension. All this blackness contrasts nicely with a selection of new candy-like color choices. The stepped seat is another new addition, resembling what looks like a cafe seat out of Harley’s parts and accessories catalog.

The 350cc and 500cc X’s are both available in two different colors, with the smaller of the models being offered in “Whimsical White” and “Roving Red”, while the half-liter versions comes in “Getaway Orange” or “Drifter Blue”.

If you’ve never heard of the Thunderbird, it might be because it's never been sold in North America. Unfortunately, the new X models aren’t going to change that. While I imagine these bikes would do pretty well in the US—not unlike Honda’s new Rebel models—we won’t be getting a chance to find out as RE North America has already announced that it has no plans of bringing the new offerings to American shores. For more info you can check out the Thunderbird X’s page on Royal Enfield’s website, and the company also released a promotional Youtube video for the model that can be seen below.