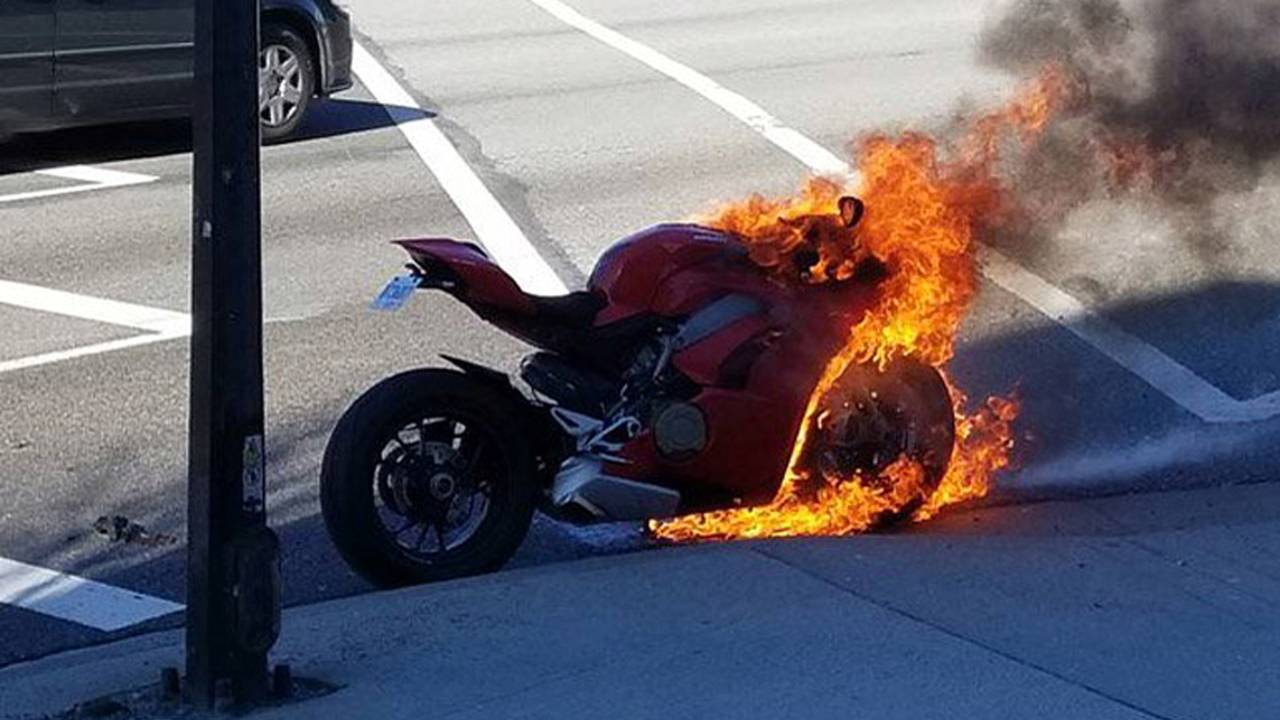 Along with sexy design, fine handling, blinding speed, and a rather lassiez faire attitude toward quality control, Italian vehicles have a reputation for bursting into flames for no reason whatsoever. Typically you see it with Ferraris and Lamborghinis—must be all that passion, surely—but now Ducati has joined the ranks of fiery Italian exotics after one of its fancy new Panigale V4s burned to the ground on a Canadian street.

Fire In The Disco!:

Video: Excuse Me, Sir, But Your Motorcycle Is On Fire

According to our friends at Motorcycle.com, a fella who goes by the internet handle Nitrouz was cruising around Vancouver, British Columbia, on the afternoon of March 15. As he rode along, he became aware of a weird burning smell, glanced down, and discovered that his expensive Italian motorbike was on fire. Thinking fast, our man quickly pulled over and bailed out just as the entire front end of the bike was consumed by a huge fireball. By the time the fire department got there and put out the fire, it was clear that the bike was a total loss. Everything forward of the bike's fuel filler was a mess of melted plastic and heat compromised metal.

Thankfully no one was hurt in the fire, and the only damage was to the bike. Well, the bike and poor Nitrouz's wallet. After the fire, our man posted pictures of the mess to DucatiForum.com, and soon thereafter Ducati North America reached out to him. The company assured him that it would do everything in its power to make the situation right and, according to Nitrouz, that's precisely what the company did. Among the many things the company is doing to help, Nitrouz stated that Ducati is extending his warranty. Man, I should hope so.

Hopefully this fire is just an unfortunate fluke. I mean, we haven't heard of any other Panigales spontaneously combusting, so maybe this is just a one-off. Shout out to Ducati for stepping up and helping Nitrouz out with this fire situation, too. Not only was it the responsible thing to do, but it shows a level of customer care we tend not to see these days.