MotoGP season opener includes a preview of next year’s MotoE class as a former 500cc GP racer takes Energica’s GP machine for a lap around Losail.

With the successful introduction of Formula E car racing, it was only a matter of time before electric motorcycle competition got a place on the main stage. Now, after months of news, Energica—the single supplier to the MotoE class—finally gave the public at the Losail International Circuit a preview of what the EgoGP is capable of in the right hands.

At the helm was former 500cc British Grand Prix winner and noted Kiwi Simon Crafar. He seemed pretty impressed by the electric racer’s performance, although he did notice some fundamental differences between the EgoGP and the average two-wheeler.

“The experience was really different, the only thing that felt normal was the acceleration off the corner,” said Crafar. “But then I was automatically going for the gear lever, which it doesn’t need. Then, braking, you can feel the battery weight. It wants to go straight ahead a little more. I was on both brakes trying to get it to stop.” 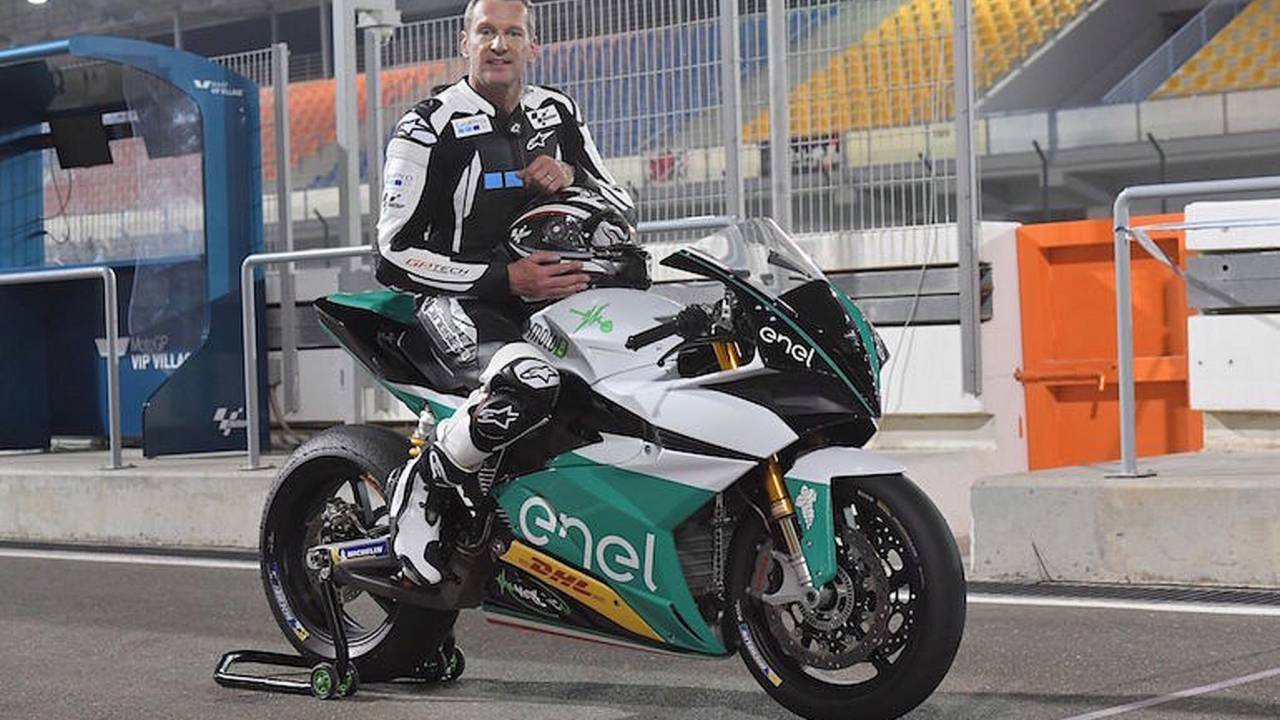 The EgoGP is still technically in the prototype phase, and there is still a lot of work to be done before the first MotoE season. In its stock form Energica’s Ego already boasts a 0-60 miles per hour time of just 3 seconds and a top-speed of 150 miles per hour thanks to an engine that makes 144 foot-pounds of torque and 145 horsepower. As one would expect, the GP-spec has an even more impressive spec sheet, getting a couple more ponies and an extra 5mph added to its top speed.

It does appear that squeezing additional power out of the electric powertrain is coming at the expense of battery-life, since the MotoE class events are scheduled to only be ten laps. This could just be due to logistical and/or scheduling issues, though. February of 2019 will see the first official tests of Energica’s completed racer. The silent-bike purveyor will continue drumming up support for the upcoming class by putting on demo laps at other races this season, with the next being on April 8th in Argentina.