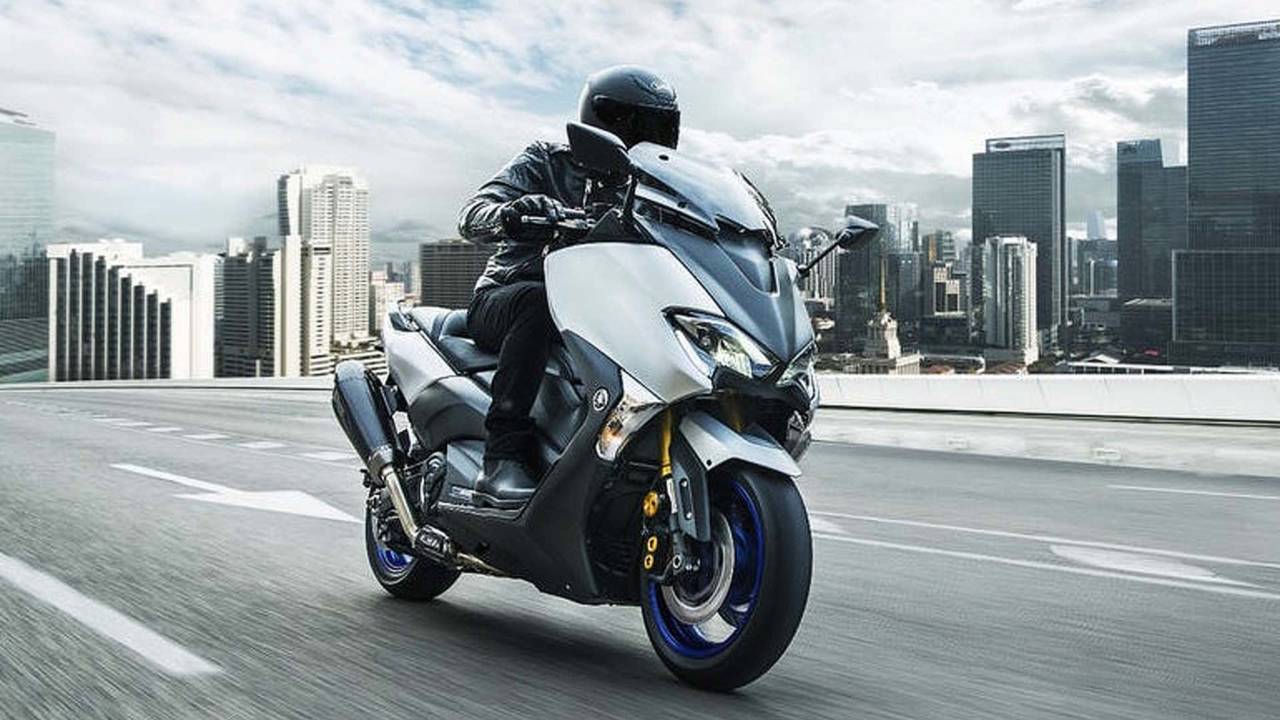 With a new Akrapovic pipe, and a couple minor tweaks, Yamaha rolls out a Sport-variant of last year’s TMAX SX

Upon its release in 2001, Yamaha’s TMAX scooter became in instant favorite and best-seller, combining the cornering capabilities of a motorcycle with the ease of use and simplicity of a scooter. More than a quarter-million units have been sold over the last 18-years through six generations of TMAX, with models receiving various updates and tweaks along the way. For 2018 t, Yamaha has taken the lineup even further in the form of the new TMAX SX Sport.

The 2018 TMAX SX Sport is available in two colors: black and white

ROOT OF THE SCOOT: The great urban scooter debate

Though the SX Sport is technically a new offering, I don’t know if the minor changes really justify a new moniker. The Sport-spec is little more than last year’s SX (which is an admittedly awesome scooter) with a “sporty” new windscreen, a trick Akrapovic exhaust, and a fender eliminator kit.

The 2018 SX Sport retains the bells and whistles found on the 2017 SX such as its traction-control, electronically regulated throttle, dual-mode throttle mapping, keyless ignition, 12-volt charging socket, radial-mounted calipers, inverted fork, and Yamaha's My TMAX Connect. My TMAX Connect is a software that links to the bike via Bluetooth, enabling owners to track their bikes, or create geofencing restrictions if lending the bike out to someone or if its used as a work or delivery vehicle.

Yamaha hasn’t mentioned if the Sport version’s power plant has been massaged in any capacity, but assuming if it had been the company would have lead with that, we're confident at the heart of the scoot is the same liquid-cooled, 45 horsepower, 530cc, four-stroke, DOHC, parallel-twin—wrapped in the existing aluminum chassis and married to a V-Belt Automatic CVT transmission—as last year. With this model, it appears Yamaha is taking aim at BMW's C650 and C400X, Suzuki's Burgman 400 and 650’s, and the rest of the increasingly refined large-scooter segment. Pricing and availability are yet to be announced.