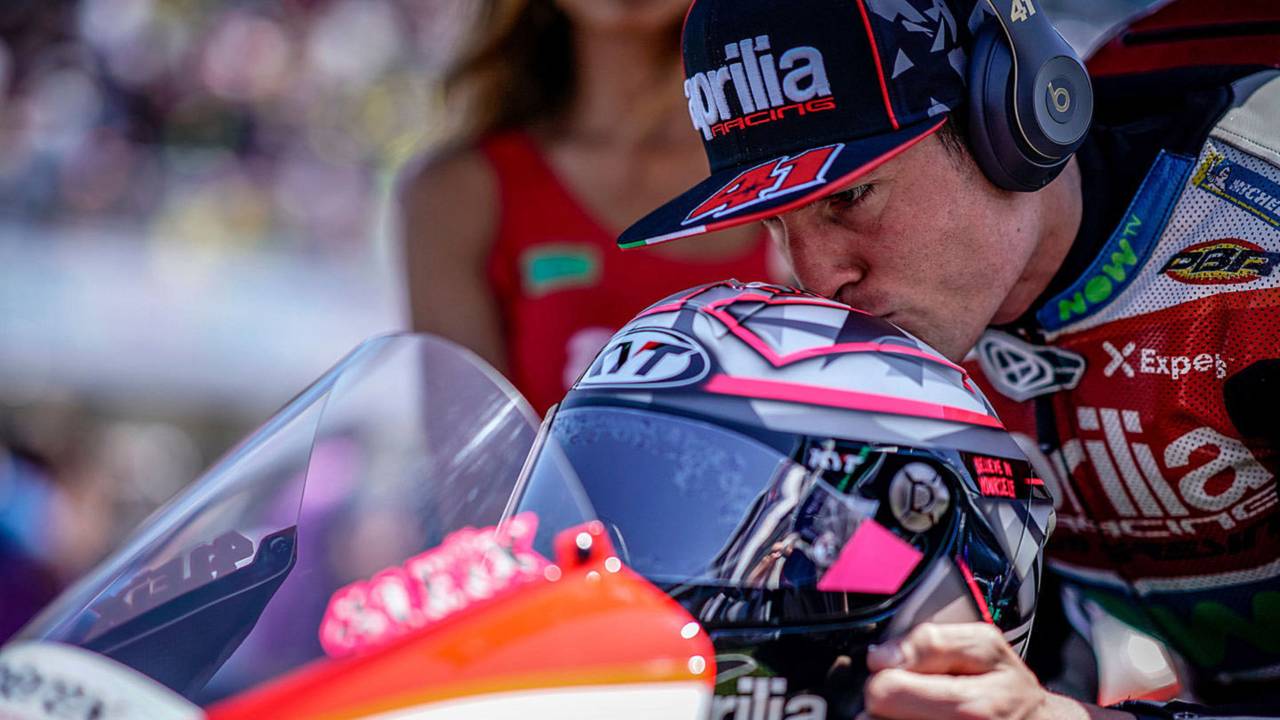 The Aprilia MotoGP team has announced it will retain Aleix Espargaro through the 2019 and 2020 seasons.

Frequent mechanical problems have made his and Aprilia's start to 2018 a frustrating one, and the Spaniard admitted earlier this year that he needed to see improvement from the RS-GP bike to commit to a renewal.

Aleix Espargaro during the 2018 Spanish GP earlier this month

“I am very happy to stay with Aprilia for another two years," Espargaro said. "For the first time in my career, I am able to have stability and this is important to improve and grow together.

"I have a sole objective, an obsession and that is to take the RS-GP to the podium."

Aprilia's MotoGP factory team has been run by the Gresini outfit since 2015, and an extension to the current deal between the two parties that expires in 2018 has yet to be formally communicated.

Espargaro's new contract, however, puts to rest doubts over the Italian manufacturer's commitment to MotoGP.

"This renewal is first and foremost acknowledgement of Aleix's qualities," said Aprilia's Romano Albesiano. "He is a fast rider and an exemplary professional.

"From the time he arrived, he has brought passion and motivation to the garage with a positive effect on the entire team.

"His contribution to the growth of the RS-GP is undeniable and I am certain that the next two years will allow us to achieve important results.

"Above all that they will bring us back to involving, thrilling and inspiring young people and the many fans that Aprilia has all over the world.

"The signs are there, so giving the technical project continuity with a rider who knows the team and bike well lets us plan development in the best possible way with an eye to the future."

Espargaro's current teammate Scott Redding, brought into Aprilia on a one-year deal to replace his compatriot Sam Lowes, has likewise endured a difficult start to the current season.

The Briton admitted recently that he was worried he could be running out of time to convince the Noale marque to keep him on board past 2018.

Aprilia, for its part, is known to be monitoring the contractual situations of two Italian MotoGP riders – Suzuki's Andrea Iannone and Pramac Ducati's Danilo Petrucci.

Petrucci said previously that 2018 would be his final season at Pramac, and has been holding out hope of a promotion to the works Ducati team, while Iannone appears likely to lose his Suzuki ride despite a recent upturn in form.