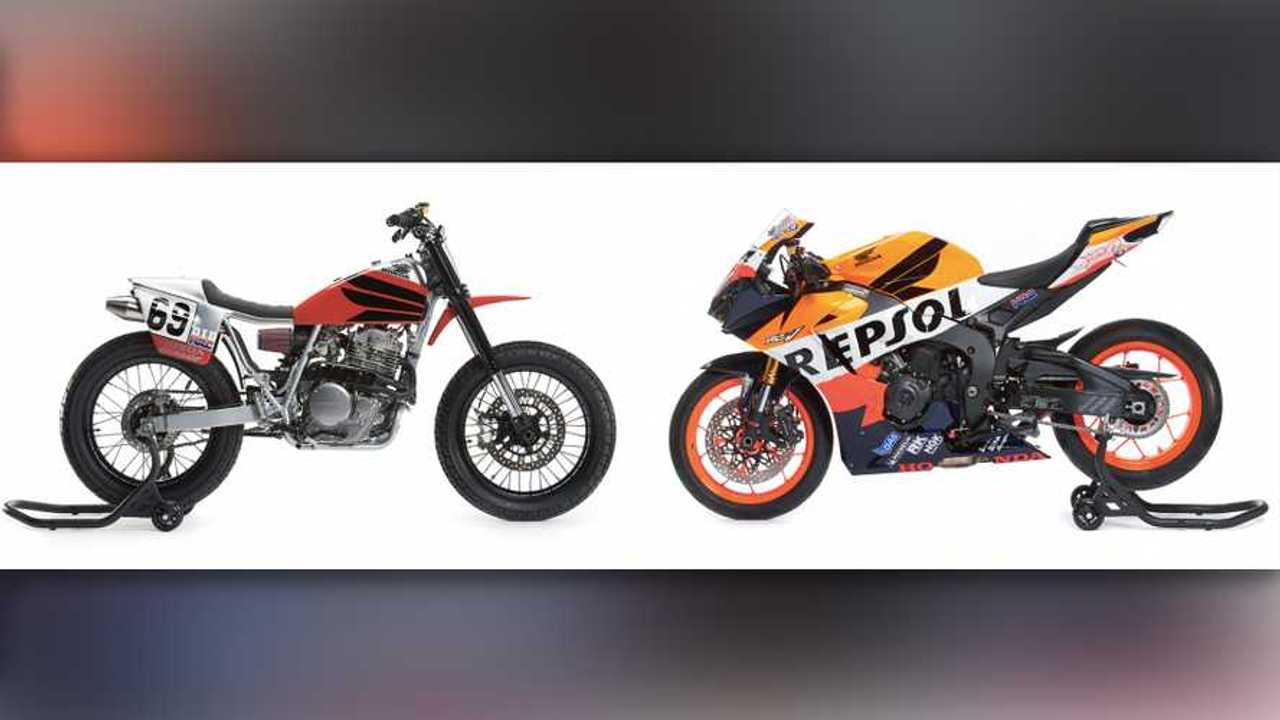 You can’t buy them, so enter to win them and help out a great cause, too.

The AMA’s Motorcycle Hall of Fame is one of those must-sees that should appear on any motorcycle enthusiast’s bucket list. Financially supported by the American Motorcycle Heritage Foundation, the Hall of Fame takes you back in time and walks you through the history of motorcycling and some of its formative moments. Located in Pickerington, Ohio, on the outskirts of Columbus, the museum is a mandatory pilgrimage for any two-wheel lover. Help keep this part of our history alive by entering this special raffle. All proceeds will go to the museum and every donation is an extra entry to win one of the two Nicky Hayden tribute motorcycles. Get a cool bike, support a good cause, what’s not to like?

After winning America’s premier national championship, the AMA Superbike Championship, The Kentucky Kid got his start in the top-ranking MotoGP series in 2003, teamed up with a certain Valentino Rossi on the Repsol Honda team. Three years into his Grand Prix career, Hayden won the 2006 World Championship. He retired from MotoGP in 2015 after over a decade in the series, making World SBK his next challenge.

In May 2017, during a routine cycling workout in the streets of Misano Adriatico, Italy, Hayden was struck by a young driver. He later died of his injuries, five days after the crash. An entire nation mourned the racer and remembers his legacy. Hayden was inducted to the Hall of Fame in 2018.

As an homage to the American racer, American Honda and the AMA commissioned two tribute motorcycles: a 2018 Honda CBR1000RR in Repsol Honda livery and a highly customized dirt tracker based on a 2018 XR650L. The bikes have been customized by Tony Prust of Analog Motorcycles and Jason LeCavalier of Artistimo Customs and they could be yours. All you have to do is enter the raffle on the AMA Website. Thank you for your contribution and good luck!