Kawasaki took everyone by surprise by launching its first triple cylinder bike in 1969.

Each week RideApart looks back at key milestones in motorcycle history from technical innovations to significant model introductions to racing successes and, of course, some of the disastrous things we’d rather forget. This week we look at Kawasaki’s two-stroke triples that were introduced in 1969.

After a nearly a decade of the motorcycle industry being dominated by the British manufacturers, Kawasaki took everyone by surprise by launching in 1969 its first triple cylinder bike. The Kawasaki Mach III H1 500cc had an air-cooled, three cylinder two-stroke engine. There were two exhaust pipes on the right side of the bike and one on the left and while most other manufacturers had been developing four-stroke engines, Kawasaki took the plunge and came up with its triple two-stroke. 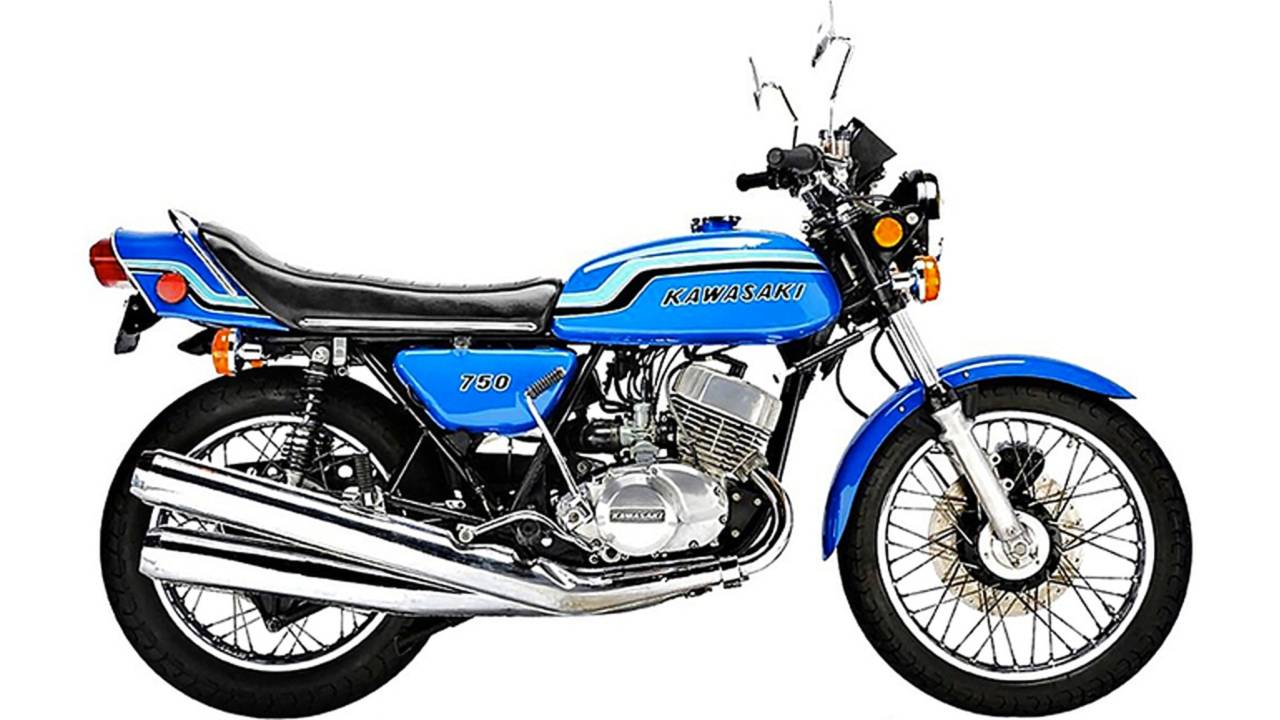 Right from the start the H1 was one of the quickest motorcycles of its time and to underline how fast it was to the motorcycle media, Kawasaki took the H1 to a drag strip and factory test rider Tony Nicosia ran the quarter mile with it in 12.96 seconds at 100.7 mph.

While it was apparent that the Kawasaki 500cc triple was a fast bike with a high power-to-weight ratio, there were a couple of issues.  Poor drum brakes front and rear meant that it didn’t stop too well and its handling was best described as pretty odd. Some people went so far as to describe the bike as dangerous because of its unexceptional frame design and among motorcycle enthusiasts the bigger capacity Kawasaki triples earned the dubious nickname of the ‘Widow Maker’. 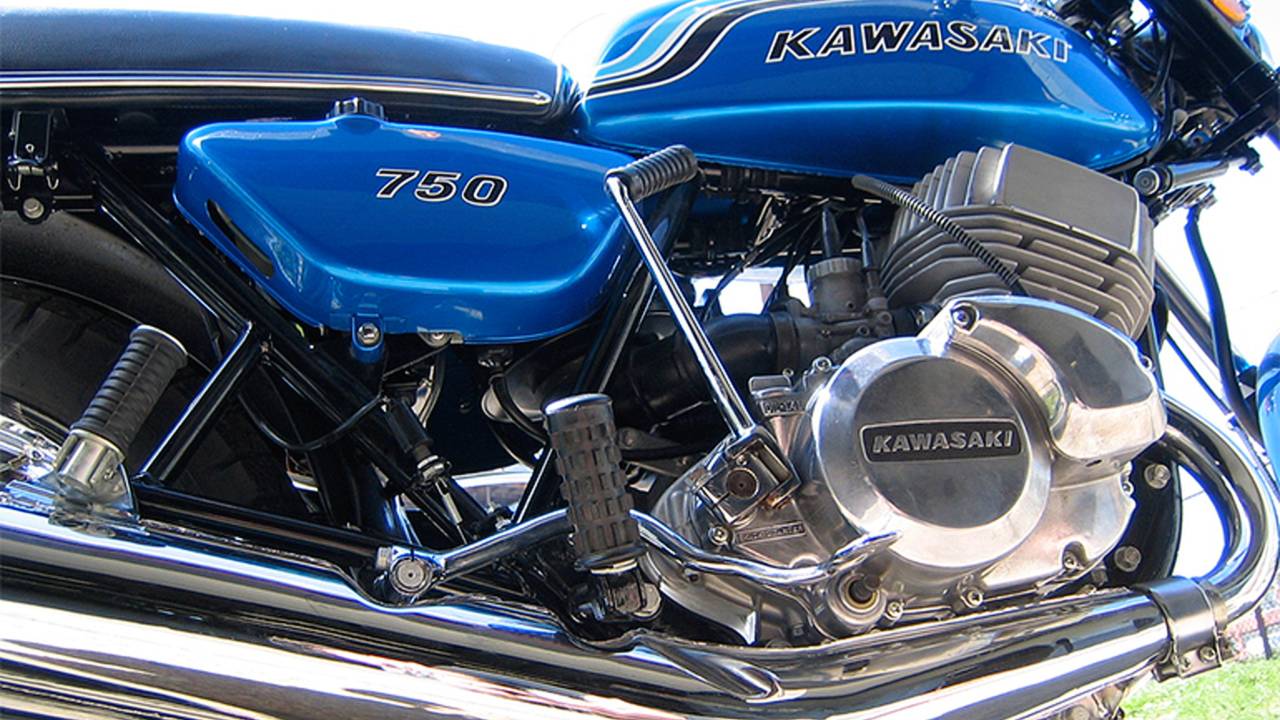 Despite the impressive line-up of the new models, the handling problems apparently didn’t go away. Owners reported that the bikes had speed wobbles and a tendency to pull wheelies, which for those who liked that sort of thing, it wasn’t a big issue, but on the bigger engine versions it tended to do this when the rider was least expecting it. Some claimed the Mach IV was capable of pulling a wheelie at over 100 mph. 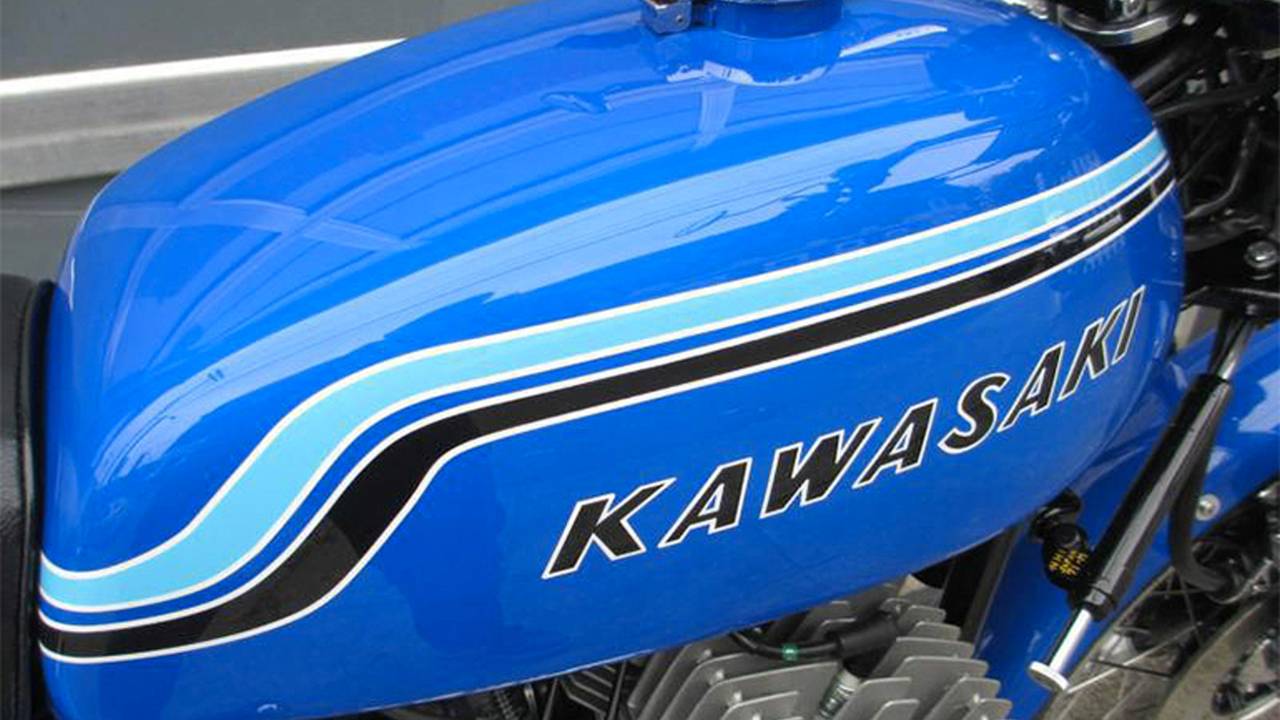 The result was that some owners got hurt (or worse) on these bikes and consequently insurance premiums for Kawasaki triples started to increase. This in turn had a direct affect on sales and marked the death knell of what was really quite an innovative and fast motorcycle for its time.

By the mid-1970’s motorcycle manufacturers were coming under increasing pressure to make their engines meet more stringent emission requirements. This was to prove the downfall of two-strokes and by the middle of the decade nearly all two-stroke motorcycles had been discontinued. 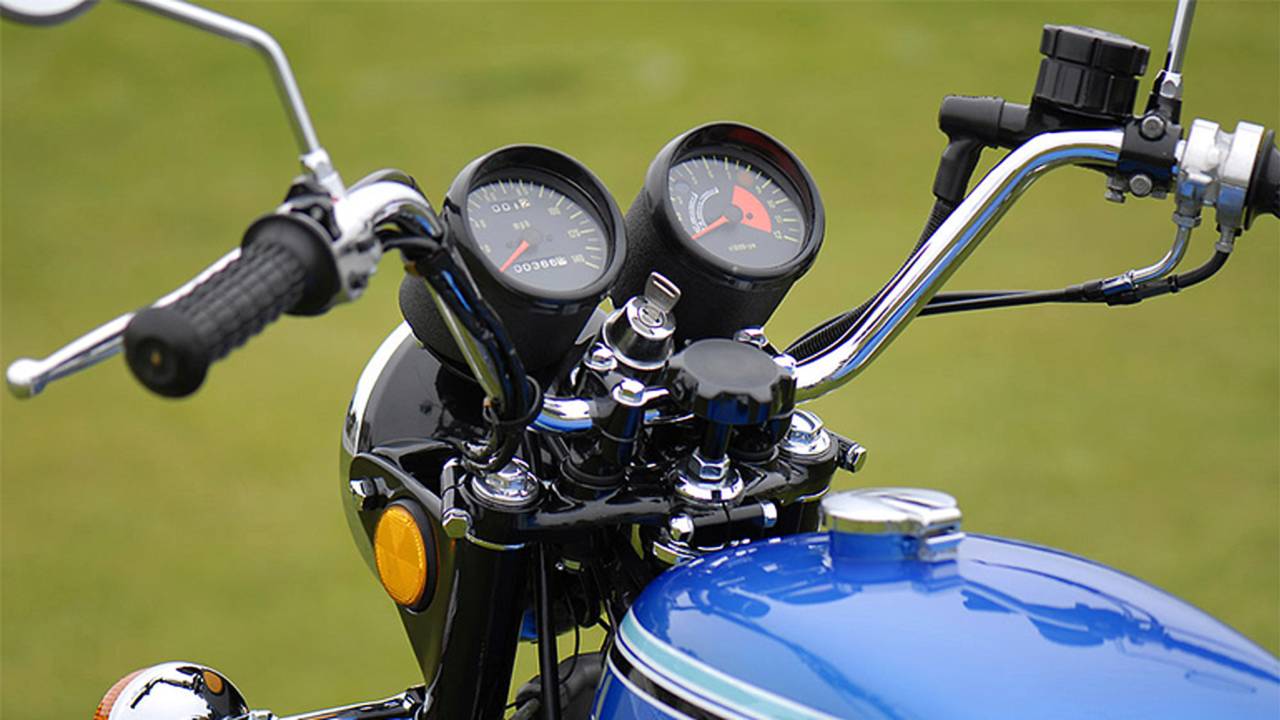 The KH500, a development of the original H1, was the last Kawasaki triple model sold in the U.S. in 1976. Thereafter Kawasaki returned to four-stroke engines on its bikes

Since the demise of the Kawasaki triples, some 40 years ago, they have become something of a collector’s item with many fetching large sums of money, despite their handling characteristics. Why? For their time, they were fast, innovative and looked darn good.