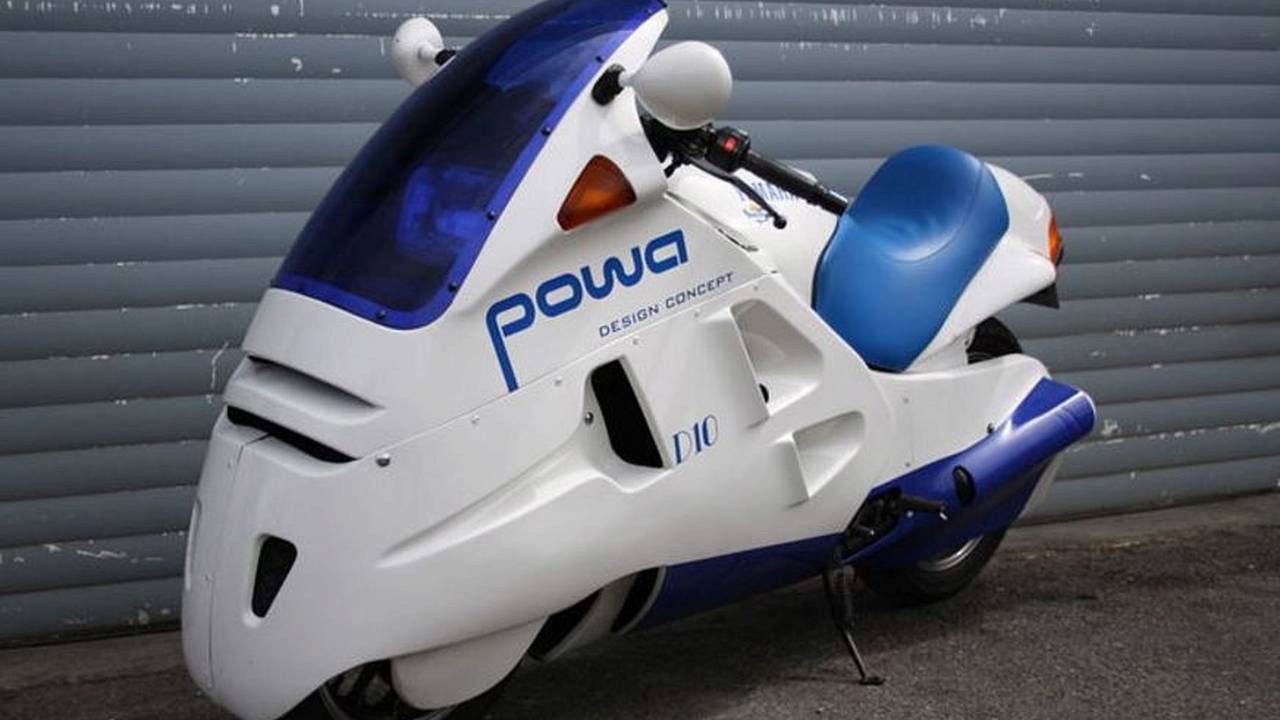 We look at the very peculiar and special bikes in this weeks Bike-uriosities including a V-Due, RS250 GP1, Ducati Elite and a Moko Powa Design D10

In 1959 Ducati brought out it’s most sophisticated bike to date, the aptly named 200 Elite. It was the first of Ducati’s ‘Sport Production’ motorcycles based on their successful Single cylinder racers of the 1950s. The product line would morph into the ‘Supersport’ line over time, but the motor was destined for another calling. It was the basis for the ‘Motocross’ line which we know today as the Scrambler. The Elite was light, fast and handled very well. It’s visual appeal is obvious even today.

The Ducati Elite 200 used a 203.7 CC air cooled Single cylinder overhead cam motor that made 18 horsepower with a four-speed transmission in a 260 lb. bike to achieve a top speed in excess of 80 mph. Hydraulic suspension on both ends gave this bike very good handling with a smooth ride.

This particular 1961 Ducati Elite is in Saint Bonifacius, Minnesota and listed as a rare piece of Ducati history. It looks to be an incredibly well preserved survivor. The Duc has a starting bid of $12,000 here on eBay.

In 1998, Aprilia released an updated of the RS250 called the GP1. The main changes included new styling to make it look like Marco Melandri's factory works race bike thanks to a fake ram-air intake, Showa front fork, and a few more cosmetic revisions. This example looks fantastic, especially thanks to the fact that it has all of zero miles.

This bike is a variant that was only sold in Europe and Australia. It features the official team decals from Colin Edwards and Nori Haga, and it's being offered by the original owner. They just had the bike on display. It has been started before but it doesn't have any mileage and every component is original. The seller says they have "huge amounts of dealer promotional material for the bike" - I assume that goes with the sale but it's not explicitly made clear. This bike was on display at this year's Quail Motorcycle Gathering and it won best European Two-Stroke at Motocarrera's Two Stroke Extravaganza back in 2005.

Find this basically-new Aprilia for sale in Salinas, California with bidding up to $7,800 and the reserve not yet met here on eBay.

The V-Due is one of the most interesting things that ever came out of Bimota. It arrived with tremendous fan-fare as the first two-stroke with fuel injection - yielding a greater power to weight ratio than anything else available on the market. But the fuel injection was awful, and the bikes were incredibly difficult to ride. Combine that with a large number of seized engines, and this model was considered by everyone to be an unfortunate disaster. And that's what makes this bike special - it's one of "three known V-Dues that reliably run on direct injection."

Though the execution was absolute garbage, the theory behind the design concepts were incredible. At a time when everyone else was moving away from two-strokes, Bimota wanted to release an absolute world beater. They were going to get around some of the emissions issues by utilizing fuel injection, and it also featured trick components like a dry clutch and race-inspired cassette transmission. But then the public actually got a chance to ride it, and as Visordown put it, "Within 200 yards it became apparent to most UK testers that the V-Due was virtually unrideable." This bike is worth learning more about - but I'll defer you to OddBike for a fantastic article explaining how this bike "killed" Bimota.

According to the seller, this V-Due has been gone through so that it runs like Bimota originally wanted it too. However, the electronic odometer apparently resets itself? It currently shows 579 miles, 110 of which came from the current owner. But the original owner claims to have done 1,200 miles in one weekend. It's a weird flaw and a weird story, but sadly with Bimota's reputation for this bike it's almost believable. The seller will include all the original parts, factory stand, original brochure, and a bike cover in an effort to get you to roll the dice on this sweet looking ride.

Find this V-Due for sale in San Juan Capistrano, California with bidding up to $10,550 and the reserve not yet met here on eBay.

US readers know this bike as the Bolt, but in Europe it's designated the XV950. Either way, when it debuted in 2013, it was probably the first true Japanese rival for the Harley Sportster. Yamaha decided to show potential customers how it could be modified by featuring the Bolt in their Yard Built program - one of my personal favorites was Greg Hageman's Bolt Scrambler, but that's a story for another day. In Europe, Yamaha partnered with Marcus Walz to create a custom, and "El Raton Asesino" was his effort. Now it's for sale in Germany.

Here's something you usually don't get when you buy a custom bike - a video from an OEM explaining the story behind the build:

I actually think the above video is helpful, but then Yamaha took the completed motorcycle and made this short flick, which shows that you can still produce nonsense even when you have a decent budget:

I'm going to pretend I never saw that second video. Still, the bike itself is interesting and it was shown to the public for the first time during EICMA two years ago. Highlights of the work include a new rear subframe, prototype 18" Marvic magnesium wheels, prototype Ohlins fork springs and rear shocks, custom bodywork, LSL clipons, Tarozzi rear sets, MotoGadget gauges, and more. It's clearly had a lot of work done, the question is just if you like said work or not! As the bike has only really been used for Yamaha promotions, it has less than 50 miles on it. For more on this bike, check out Yamaha Europe's page on the build.

This is definitely more expensive than the usual customs I share with you, but it's also one of the few with OEM support...so find El Raton for sale in Mannheim, Germany for $27,031 here on The Bike Shed.

Well, this is just about one of the coolest motorcycles I've ever been able to share, and I didn't even know it existed until a reader sent it over. Based on a Yamaha FZ750, this is the D10, a futuristic concept bike designed by a Swiss company called Moko/Powa Design. According to the seller, only ten examples were made and this is one of just six that remain.

The bike was designed by Hans Walther and the bodywork was built to cut through the wind - improving gas mileage and reducing wind noise. When the bike was first presented at IFMA in Zurich, it was apparently bestowed with the nickname of "Whistler Bike."

This example was originally just used as a show bike, but a motorcycle dealership in Paris eventually titled the bike in 2000 and the odometer now shows 2,671 miles (4,300 kilometers). In 2015 it got a full service, so it's hopefully ready to go. Find this rare French Yammie for sale in St. Vincent de Tyrosse, France with bidding up to $4,358 and the reserve not yet met here on Catawiki. Note that the seller is looking for someone that will pick the bike up, and that the auctioneer's estimate is that this will sell between $21,790 and $28,330.