Carl Reese is at it again. The multi-time motorcycle record holder has just dded another one to his list. This time, Reese gets the Solo 24-Hour Record

Endurance rider Carl Reese has set the Guinness Book of World Records mark for the “Greatest Distance in 24 hours on a Motorcycle (individual) on a track.” The record was set at the Continental Tire Proving Grounds in Uvalde,Texas. Reese partnered with Continental Tire at the 8.5 mile circuit riding a BMW K 1600 GT. He logged 2119 miles in less than 24 hours, breaking the existing record of 2023.5 miles set by Matthew McKelvey in 2014.

Top speeds reached 141mph. Reese had carried an averaged speed of 92 mph including all stops during the 22 hours and 52 minutes on the track. The official average speed for the entire 24 hours was 88.3 mph. The run was terminated with an hour and 18 minutes remaining when crew chief Jay Carson inspected Reese's tires and concluded that their supply of tires was done for. 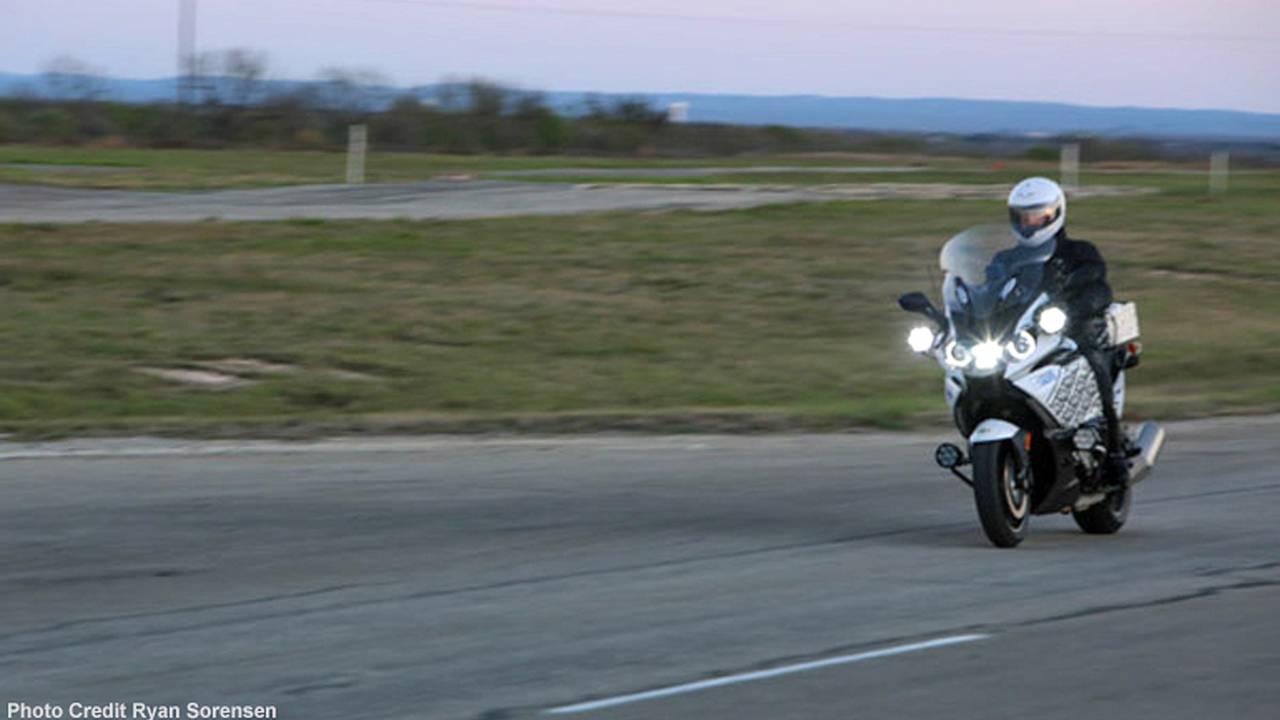 In the last two years Reese has set nine world records in several categories. In vehicles ranging from a Tesla electric car to motorcycles. Reese is best known for setting the fastest motorcycle time between Los Angeles to New York in 38 hours and 49 minutes on a motorcycle back in 2015.

Since the test track lacks lighting, Reese partnered with Glenn Stasky of Clearwater Lights in Rancho Cordova, CA to improve his visibility and illuminate the track ahead of him. Glenn and his team equipped Carl's motorcycle with two pairs of their very bright Sevina LED lights. The lights were mounted on Altrider engine guards, giving both protection to the engine and a sturdy mounting surface. Overall weight was trimmed by replacing the stock rims with BST carbon fiber hoops from Brock’s Performance. Fuel stops were minimized by using using an 8-gallon tank made by Mike Langford.

The tires were Continental Road Attack 2 EVO GT, given Motorrad magazine’s award for best “highway/day to day” tire last year. Reese wore a prototype suit from FirstGear-USA. With overnight lows of 39F degrees and daytime temps of 77F, his secondary mission was to prove the comfort of the suit in varying weather conditions. The FirstGear-USA suit is in development for a future release. 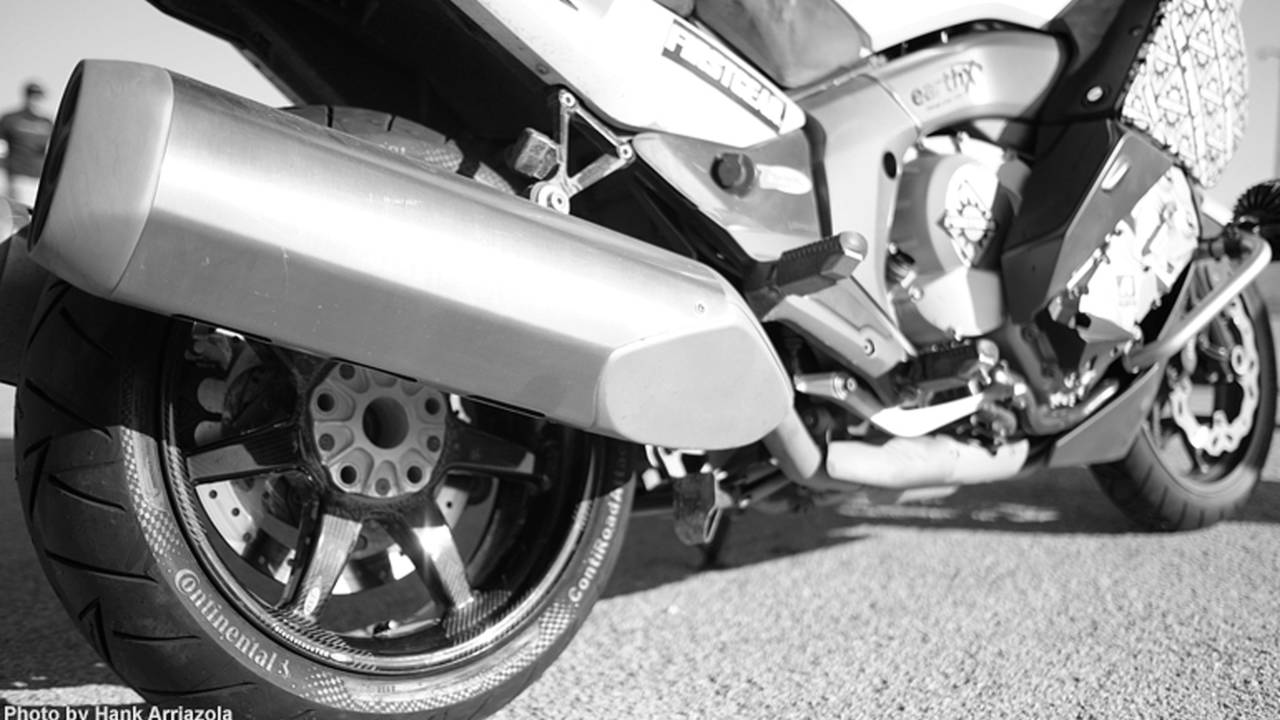 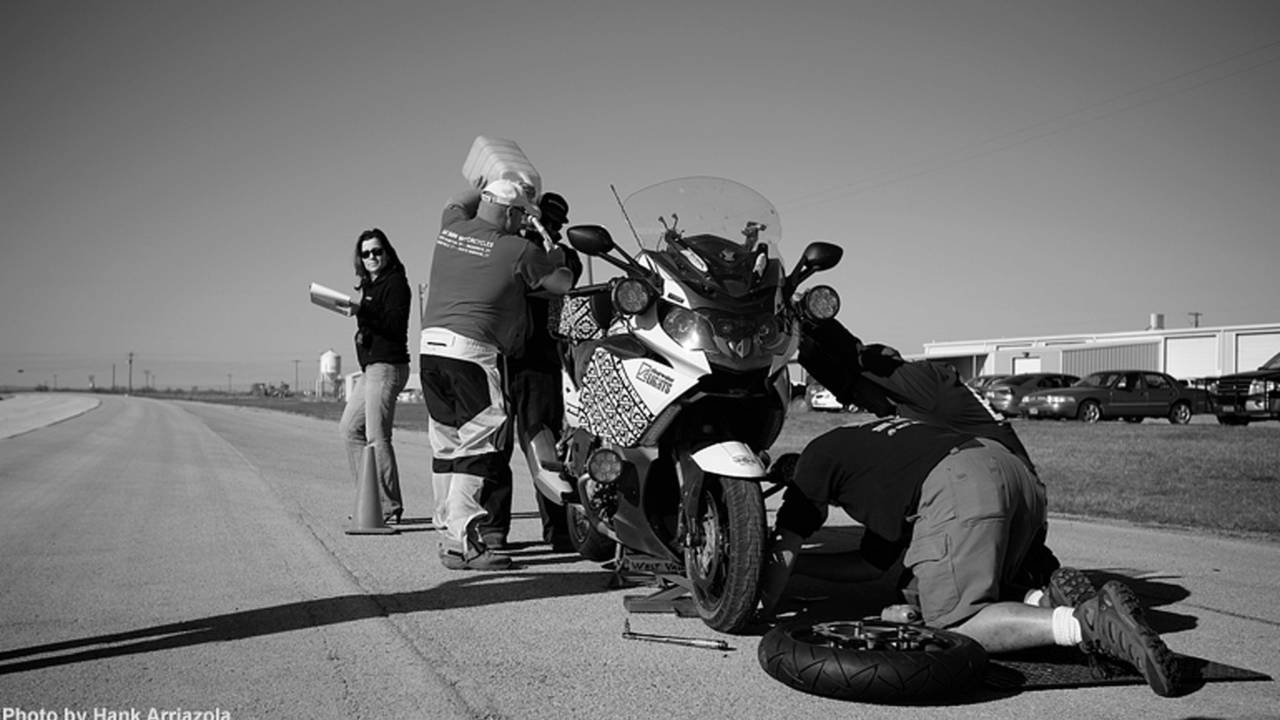 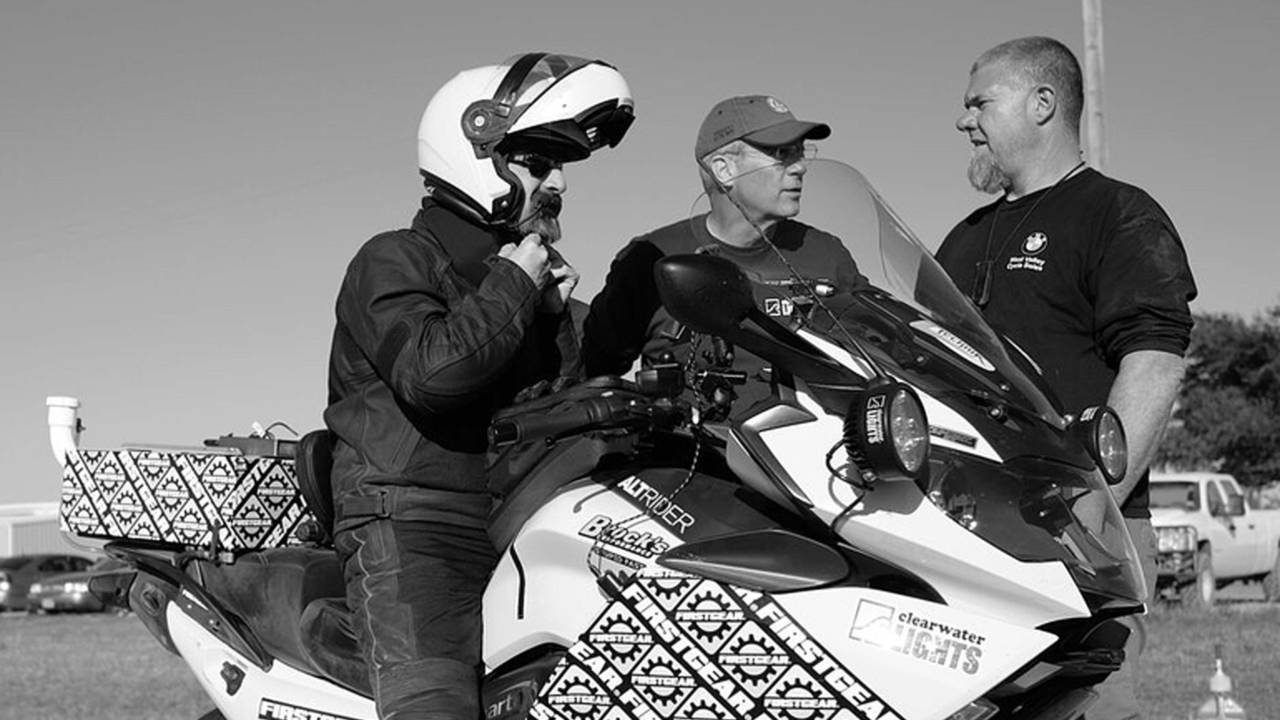