How Harley Created The ADV LiveWires For The Long Way Up 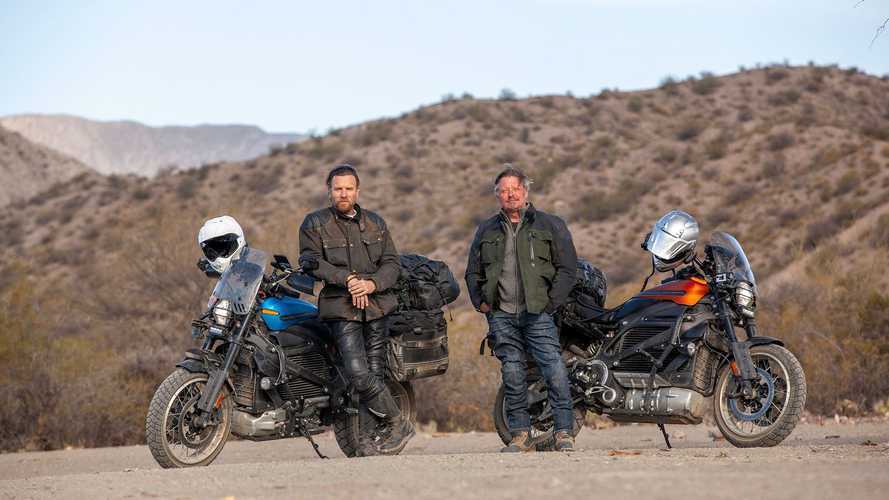 From street-friendly to adventure-ready.

Now that Ewan McGregor and Charley Boorman’s new Long Way series is available for streaming, everyone gets to discover the blessings and the woes of traveling with an all-electric fleet. Whether it’s the Rivian trucks running out of juice in the middle of nowhere or the crew having to roll the bikes into the hotel to charge them—there’s no shortage of more and less fortunate events in the series’ first few episodes.

As we are introduced to the Long Way Up’s premise and what inspired the team to travel on electric bikes in the first place, we also get a peek behind the scenes at both Harley-Davidson and Rivian, the companies that provided the vehicles for the adventure. As many of you have noticed already, while the guys clearly rode on a pair of Harley LiveWires, both bikes were considerably modified to meet the trip’s demanding requirements. The standard model isn’t very trail-friendly, which is something the Motor Company addressed with its team of engineers. Here’s a look at all the work that went into modifying the LiveWires for the Long Way Up.

When the team started forming a plan for the South American chapter of the Long Way, the then-new Harley-Davidson LiveWire was still in the prototype stage. That posed a challenge from a technological standpoint but also offered the manufacturer the incredible opportunity to put the bike through its paces in one of the very first cross-continental electric adventures. It also meant having to dedicate a crew to modifying the otherwise street-friendly model to turn it into a rugged adventurer.

The base.
The inspiration.

The bike’s underpinnings remained the same, but it was heavily worked over to make it a mostly competent adventurer. Everything from the chassis, Revelation powertrain, and Rechargeable Energy Storage System (RESS) technology remained untouched—it’s everything around these core components that was modified.

The team notably fitted the electric ADVs with rotors, wheels, and tires borrowed from the Pan America and custom-built some of the other components, including a touring windscreen, a triple clamp, a steering head, and a rear shock to improve off-roadability. These changes resulted in a two-inch ground clearance increase and gave the rear suspension an additional one and a half-inch of travel. The team also reworked the front-end assembly to accommodate the new wheels and the change in ground clearance and suspension travel.

"(...) the engineering team combined the dynamically capable on-road performance of the LiveWire model with adjusted geometry and suspension based on the upcoming Pan America adventure touring model to shred dirt roads, single track, and desert trails while maintaining its on-road handling prowess,” Harley’s PR manager Paul James wrote in a statement regarding the company’s involvement in the project.

The result is a pair of gnarly-looking electric adventurers that made ADV enthusiasts hope we would one day say a production version of such a bike introduced. Curious, we reached out to Harley and asked our contact whether the company would ever consider offering an adventure version of the model, or even a kit that would allow owners to make their rides more versatile.

We received a cautious reply: “We have recently changed our strategy on talking about future products in advance of their launch, and therefore I cannot comment on future product options,” PR for Harley Jennifer Hoyer commented. “More specifically, the LiveWire motorcycles utilized in Long Way Up were specially modified with prototype components from the upcoming Pan America adventure touring motorcycle. Thus, it would not be possible to exchange the parts to the LiveWire directly.”

It isn’t a yes but it also isn’t a no. So, you’re saying there’s a chance? Guess we’ll have to wait and see whether Harley makes the jump.