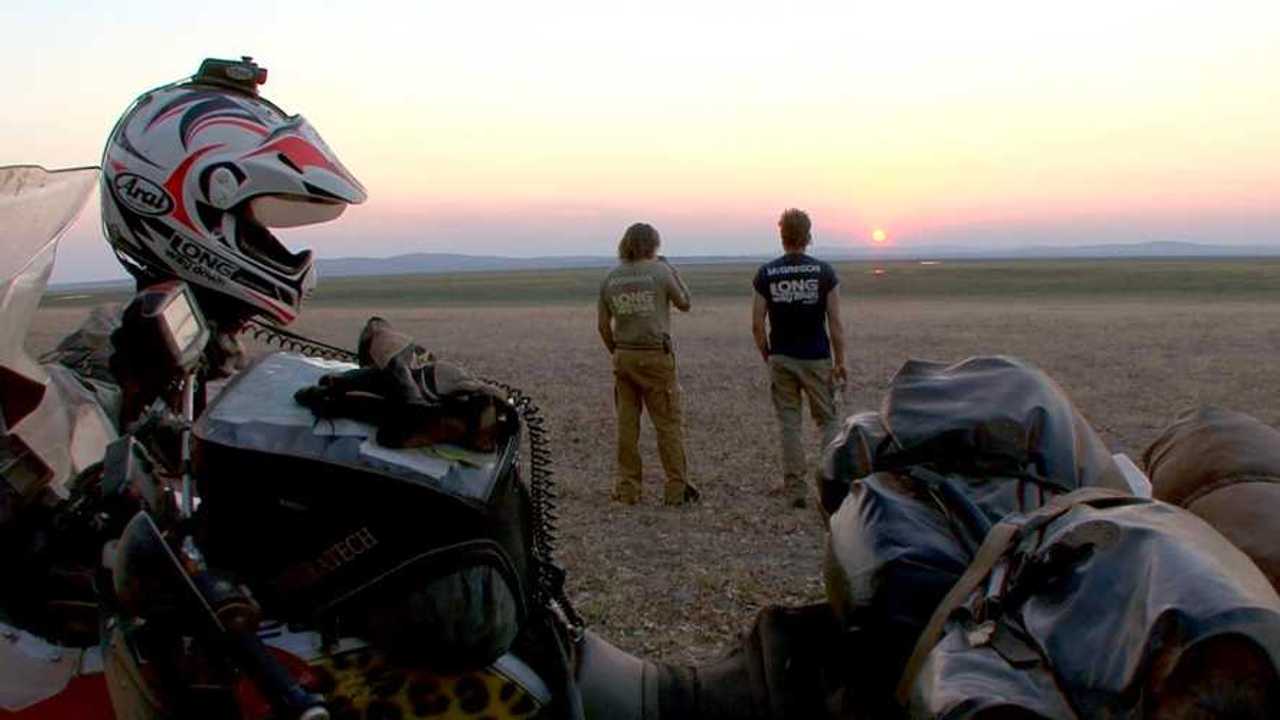 What have Ewan McGregor and Charley Boorman been up to? The last we had heard about our two electric bike adventurers, they were making their way through Southern Argentina’s Tiera del Fuego. That was almost three months ago. We can suppose they have since made their way Northward but the crew isn’t exactly promoting its progress. So we have to do a bit of digging to get the latest updates. Looks like the guys were recently spotted in Central America. The Long Way Up has made it past its halfway point.

We're Ready For It:

At the beginning of November, Ecuadorians got excited about the visit of the Ewan and Charley team in Guayaquil. The local media was all over them and countless fans got to snap a selfie with the guys.

Then, Instagram user zac2adventure shared a picture he took alongside Ewan, Charley, and camera guy Claudio also in November. Location: Nicaragua. Then, at the end of the month, it was the turn of Honduran media and fans to share the news of their visit. Our writer Justin might disagree with the choice of motorcycles for the adventure but according to witnesses, the LiveWires are still going.

The latest update we have is that the crew has now made its way to Guatemala. This time, we don’t have selfies of Ewan and Charley to support that but rather a Rivian spotting. According to our colleagues over at InsideEVs, the two Rivian R1Ts used as support vehicles by the Long Way Up crew were seen traveling through what could be their last step before reaching Mexico (unless they take a little detour through Belize first).

According to myself and some Google Maps approximation, they have so far traveled over 7,400 miles over the past 90-or-so-days. At this point, Ewan and Charley are only a few thousand miles away from their final destination of Los Angeles, California.

At a pace of roughly 100 miles a day, there’s a small chance the crew will wrap the trip up before the end of 2019. There is no say when the documentary will be released so stay tuned for all the details as soon as we get them!