Could This Power Cruiser Be The Next Big Thing Out Of China? 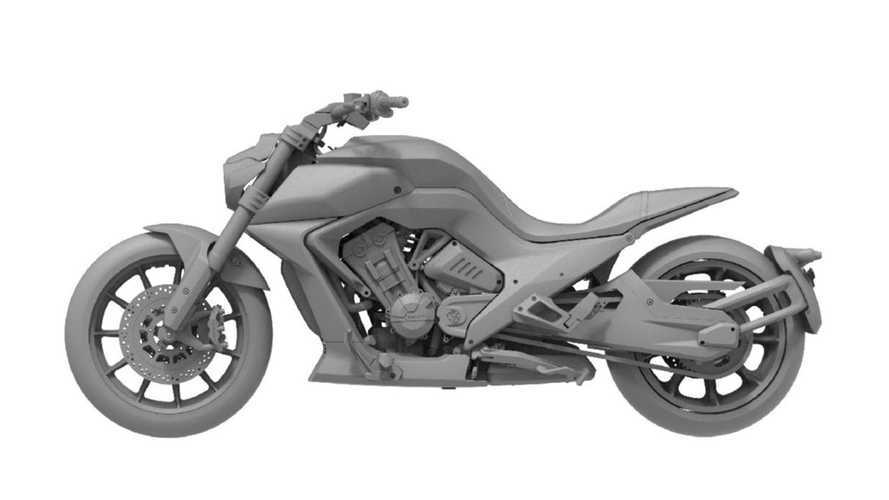 I’ve got to admit it’s getting better.

The quality of Chinese-produced motorcycles has improved remarkably over the past few years. From Qianjiang’s updated Benelli TNT to KTM’s relationship with CFMoto to Suzuki's partnership with Haojue, manufacturers are steadily driving the country’s market forward and instilling confidence in consumers. More adoption and development typically result in more sophisticated design’s and a patent filed by Chinese manufacturer Benda shows a power cruiser that could stand among the Japanese and European ranks.

Filed on July 10, the patent reveals pictures of a power cruiser deemed the BD700. Though the rendering’s silhouette and bodywork call the Ducati Diavel to mind, the aluminum frame and inline-four engine layout make Benda’s design even more intriguing.

Getting Better All The Time:

Assuming that the BD700 moniker is a nod to the model’s potential displacement, the engine cases strongly resemble those found on Honda’s CB650R. While we’re unaware of any connection between the manufacturers, the BD700’s larger cylinder heads could hint at the power cruiser's larger displacement. The cast aluminum frame and double-sided swingarm also set Benda’s performance cruiser apart from anything else on the market. With a long and low stance and a huge rear wheel, the BD700 would look right at home at your local drag strip.

Aside from the frame and engine configuration, the Chinese design features very modern elements. The designers incorporated the lower frame’s shape into the four exhaust outlets to create a harmonious flow from the front of the bike to the rear. Touches like the turbine-inspired LED headlight and the TFT dash integrated into the handlebar clamp elevate the BD700 over most motorcycles made in China.

Though the design is stunning, the team at Benda didn’t forget about safety. The renderings show dual four-piston calipers radial-mounted to two large rotors and one four-piston caliper out back. Sensor rings indicate that the model would include ABS and with a plate hanger present in the rendering, this design may be closer to production than one would assume.

As it stands, the bike is missing mirrors and front indicators but Benda primarily filed the patent to protect the BD700’s overall design. With the company recently setting up operations in the Philippines, we’re hoping that the model sees the light of day soon—even if it doesn’t reach American shores for some time.