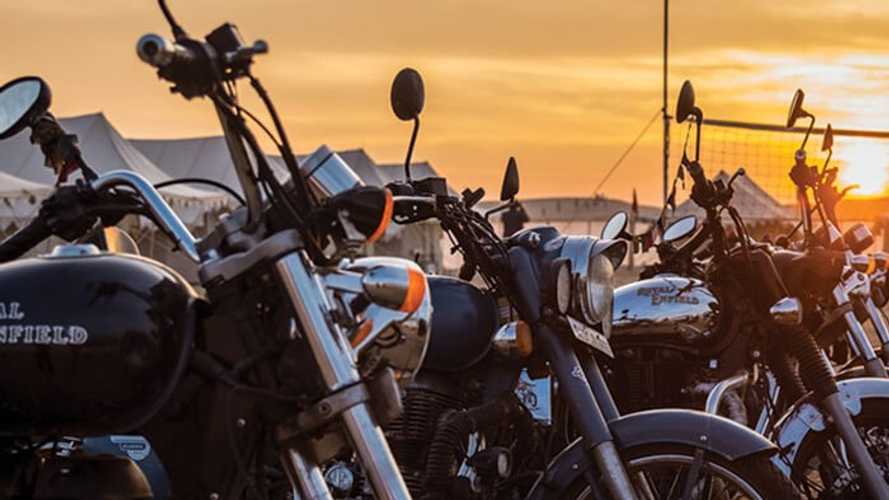 It’s been a year of change for Royal Enfield so far. With BS-6 implementation coinciding with factory closures due to COVID-19 outbreaks, 2020 has kept the Indian manufacturer on its toes. Despite the shifting markets and production capacities, the brand stayed ambitious with rumors of 14 new models and possible Bluetooth integration to come.

While Royal Enfield sets its sights on the future, it’s also dealing with reopening factories safely and reinvigorating its slumping sales during the pandemic. Both factors are potentially pushing the release of its much-anticipated Meteor 350 back to June 2020, but that hasn’t stopped the rumor mill from churning.

The Winds Of Change:

In early March, rumors of a Thunderbird 350 replacement grew louder. After Royal Enfield pulled its 500cc variants from the Indian market, increased sightings of Meteor 350 test mules only fueled speculation. Of course, leaked photos followed, hinting at a Fireball variant for the unannounced model.

By early May, the company resumed manufacturing operations at its Oragadam plant near Chennai. From that point, Royal Enfield continued to open production facilities throughout the country under the Indian government’s guidelines. Work at the factories has resumed with social distancing restrictions and stringent workplace sanitation practices in place. Production has begun on a staggered pace with minimal staff on single shifts.

Originally presumed as an April release, many anticipate the Meteor 350 to reach dealerships in June. As the BS6-compliant successor to the Thunderbird 350, many expect the Meteor to cost ₹1.68 lakh ($2,220 USD), which is ₹12,000 ($168 USD) more than its predecessor. Reports have also speculated at the possibility of engine counterbalancers and a six-speed gearbox for improved touring capabilities.

While many are waiting with bated breath for the Meteor to fly, Royal Enfield hasn’t confirmed any of the details on the model's release. We’re looking forward to the day we see the Meteor 350 on showroom floors, even if it has to be later than sooner.