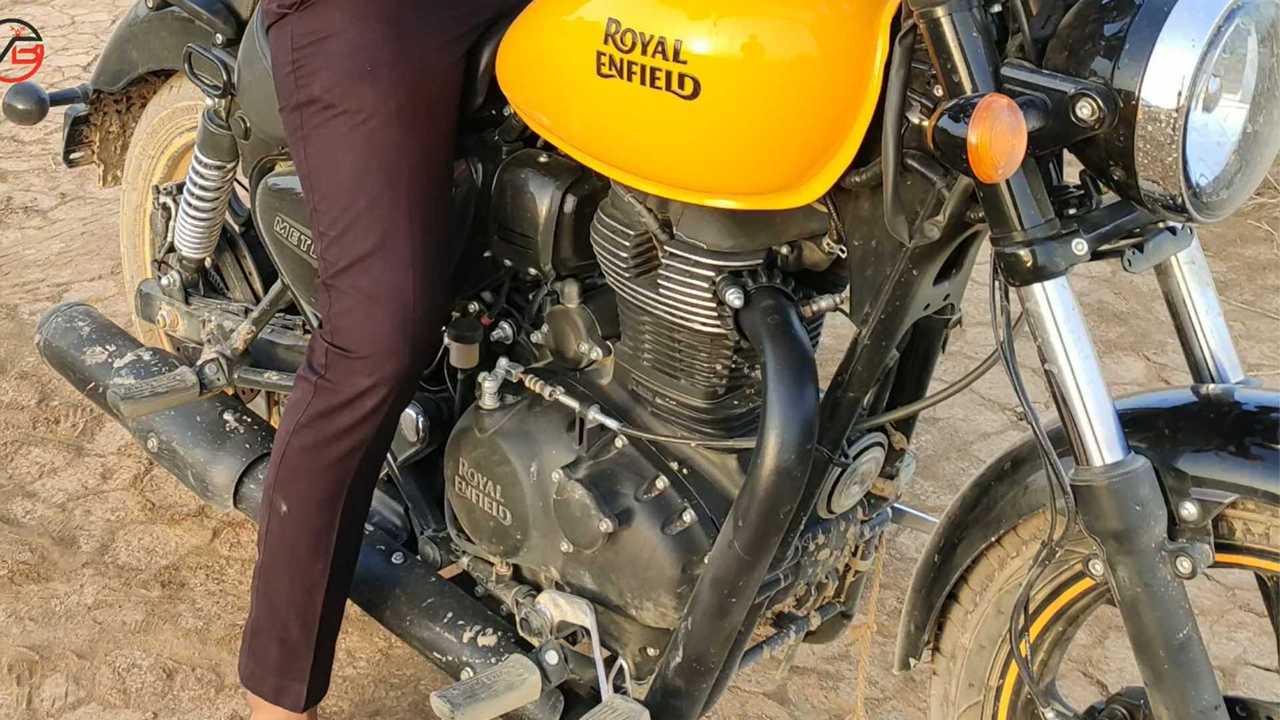 What’s an even bigger deal than a Meteor? A Fireball, if you’re Royal Enfield. Rumors about the upcoming Royal Enfield Meteor have been running rampant for over a year, and a test mule bearing the nameplate “Meteor 350” was spotted out on Indian roads earlier in April, 2020.

Now, automotive news site GaadiWaadi has leaked Meteor 350 photos that also show a second designation on this hotly anticipated Royal Enfield Thunderbird successor. Apparently, RE decided the imagery of a Meteor wasn’t imposing enough on its own, and have since added the word “Fireball” to the mix. Will the new bike also be cinnamon-flavored and most frequently served in a shot glass? Probably not, but all we know is, dinosaurs everywhere are totally shuddering like we just walked on their graves.

Could the Fireball be indicative of a specific trim level of Meteor, or else of some type of enhanced performance package? It’s unclear at this stage if this is the case, but we’ll most likely find out closer to its release.

Automotive press previously expected the Meteor to receive its official launch sometime around April 2020, since that was the deadline the Indian government had imposed for its BS6 emissions standards to formally go into effect. While implementation of that standard did still go ahead despite the pandemic, the Meteor in any guise has yet to officially break cover. We don’t yet know any concrete details about it, other than that it’s most likely BS6-compliant, as all new bikes sold in India should be going forward.

As Sabrina mentioned previously, we also don’t know if the move away from the Thunderbird name had anything to do with Royal Enfield not having rights to use it outside of India. While the majority of the company’s sales are still in its home country, it’s been setting more of its sights outside domestic sales in recent years. The 650 Twins, in particular, have gone over spectacularly well within international markets.

Since we know so little about the Meteor 350 Fireball, could it be a sidecar? I mean, it’d be pretty great to be riding your Meteor and have your Fireball by your side, ready to burninate the countryside.