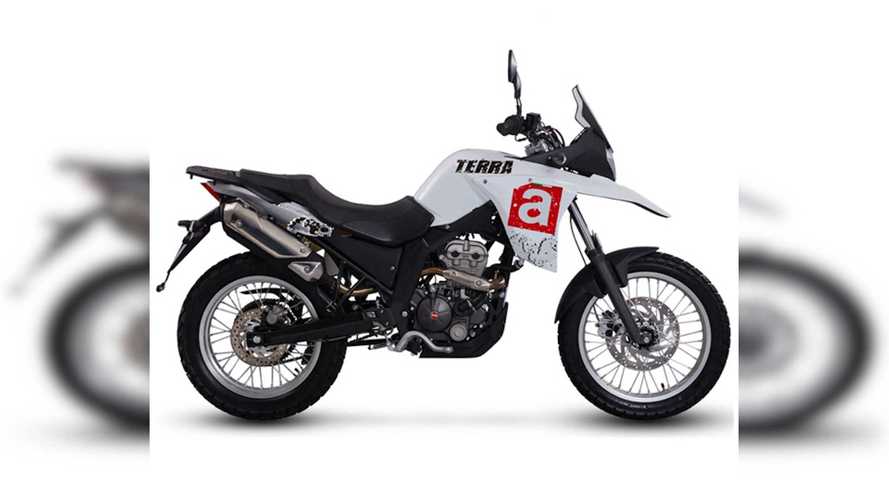 I spy, with my little eye, something secret.

Sometimes it seems that there are spies everywhere, especially now that everyone has a camera on their phone. That’s very good news for us.

A leaked photo said to have been taken in Aprilia’s Zongshen plant in China shows a market-ready Aprilia Terra 250 (check it out here). The Terra 125 and 150 have been on the market in China since 2016, but this is the first time we’ve seen it in a 250 model.

From the picture, we can see that the Terra 250 comes equipped with 17-inch rear and 18-inch front spoked wheels clad in knobby tires, front and rear disc brakes, a rear monoshock attached to a box swingarm, and a long travel front fork. It appears to have plenty of ground clearance for off-road travel.

There’s no confirmation yet, but the Terra 250 is expected to launch in India considering its growing market for small adventure bikes. It would make a great rival for the popular KTM 250 Adventure. There has been some speculation that a 300cc model is in the works for the Indian market as well. In the past, Aprilia has disappointed India after showcasing their RS150 and Tuono 150 at the Indian Auto Expo in 2018, but never releasing them. Hopefully they come through this time with the Terra 250.

We’re looking forward to seeing this bike in action. Unfortunately, we expect that we won’t see an official unveiling until after the current global pandemic has passed.