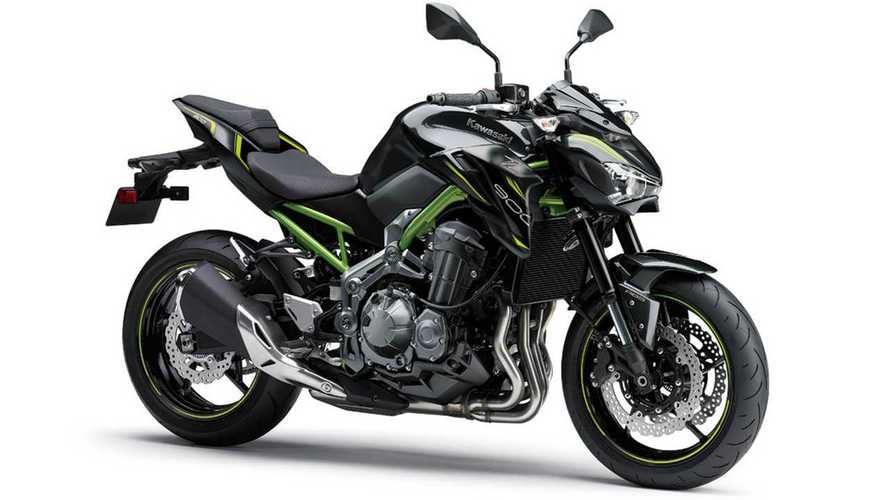 Out with the old, in with the new!

Way back around the beginning of October 2019, Kawasaki announced its 2020 street bike lineup. There were, as Sabrina noted in her article, a few conspicuous absences in said lineup. One of those has now been confirmed to exist via an October 22 CARB filing: the 2020 Kawasaki Z900 ABS.

To be absolutely clear, a CARB filing doesn’t give much in the way of details. All it does is confirm engine displacement, as well as the fact that a specific bike exists. As a result, we now know that a 2020 Z900 does exist, and also that it will continue to have a 948cc engine. Does this mean that we can expect to see an updated Z900 ABS take the Kawasaki stage at EICMA? It’s possible, but we can’t say so with total certainty.

The rest of the bikes in the official Team Green 2020 announcement didn’t feature much in the way of updates—which, if your internal bike calendar is working, makes perfect sense. If you’re any major manufacturer, you want to save some of the juicy stuff for EICMA, right? Can’t have every other bike manufacturer in the world taking all the glory, can you? Of course not.

A Z900 update simply couldn’t upstage the Tokyo Motor Show unveiling of the Z H2. It’s also not likely to be as downright quirky and fascinating as the Ninja ZX-25R. However, that particular pairing of bikes as unveiled together is an extremely good example of what could happen at EICMA 2019.

With rumors swirling that a new Ninja ZX-10RR could debut in Milan, doesn’t the idea of breaking out an updated Z900 at the same time make perfect sense?

After all, both bikes represent the broad spectrum of flavors that Team Green has to offer. You don’t shop for a ZX-10RR for the same reasons as you do a Z900, and that’s perfectly fine. Likewise, you couldn’t get more diametrically opposed than that Z H2 and the Ninja ZX-25R— even though both are definitely appealing.

The main point is, Kawasaki is here for you with some shiny new bikes for 2020. At the end of the day, isn’t that all we really want?