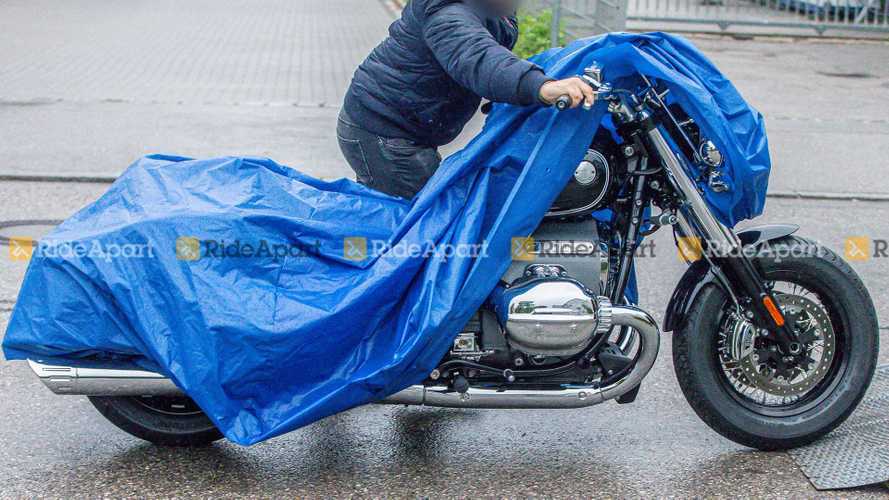 Looks like the new cruiser could show up at EICMA.

In May, BMW blew our mind with the introduction of its gorgeous R18 Concept. Inspired by its 60s airhead boxer bike, BMW hit hard with this beautiful design armed with a monstrous 1800cc boxer. This is what happens when BMW comes up with its own concept design rather than outsource it to an outside firm. So will the R18 ever make it to production? Well, yes. Yes, it will.

The Timeline So Far:

This doesn’t come as a big surprise since a few weeks ago, BMW France opened up pre-bookings on the R18. I mean, if BMW is ready to collect people’s money for a bike, chances are a production version is coming. In case there was any doubt left, said production version has now been spotted. Unlike usual spy shots, this time, the R18 isn’t being tested—it’s being loaded on a truck, half-covered with a blue tarp, likely getting ready to head to Italy for EICMA.

Just like the concept, the production-ready motorcycle will use the biggest boxer engine the House of Munich has ever made. No downsizing to an existing powertrain for convenience purposes—BMW is moving ahead with the development of its gigantic 1800cc mill. The concept's carburetors have been replaced by direct fuel injection—a more eco-friendly option.

Look-wise, from what we can make out of the new cruiser, the production design is very close to the concept’s. The shape of the cylinder heads has been slightly altered as well as the mufflers’ design. The cradle frame and drop-shaped tank seem to have been carried over from the concept. The concept also didn’t have all the required fluid reservoirs, controls, and instrument cluster a road-legal bike requires—a necessary clutter for the production version. A tall windscreen seems to have been added to the side bags-equipped version of the model.

Three versions of the bike are expected to be released; a cruiser, a tourer, and a bagger. Chances are the new R 1800 model will make its official debut at EICMA in November as one of the four world premieres BMW has in store.