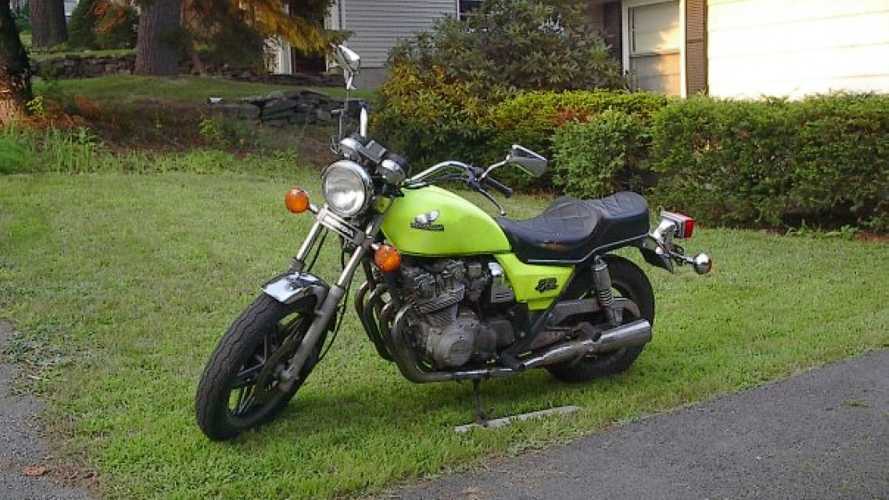 The CB750 was a juggernaut of its time and a desirable classic today.

Among this year's new inductees to the Japanese Automotive Hall of Fame is a vehicle that's not a car but still very much belongs there: The Honda CB750.

A standard motorcycle with a 750cc inline-4 engine isn't anything special these days. In 1969, when Honda unveiled its new CB750, it was considered a superbike. The fastest category of Grand Prix racing at the time was still restricted to 500cc, so a road bike with a 750 was nothing less than insane. It used a transverse overhead camshaft with an inline four-cylinder block producing 67 horsepower. Sales exploded to double the level expected, pulling the rug out from under rival Kawasaki.

The CB750 incorporated many firsts, including being the first motorcycle to offer a single overhead cam design. The four-cylinder engine ran much more smoothly than the singles, V-twins, and triples of the time. The CB750 could reach 120 miles per hour, and its disc brakes, another first for a motorcycle, brought it to a quick, safe stop. In 1979 the CB750 gained a dual overhead cam. Other versions came as well, from displacements ranging from 500 to 1000 cc, as well as versions with different types of styling.

I owned this particular 1981 Honda CB750 Custom. The "Custom" model was supposed to more closely resemble a cruiser, despite only superficial changes to the regular CB750. A notable exception was the dual front disc brakes with a single disc in the rear. This bike had the best braking system of any bike I've ever owned. It took me all over Maine for several years with no difficulty whatsoever and only basic maintenance. When I got it in 2005 it was far from being considered a superbike like it was 36 years before, but it provided more than enough power to get me, and occasionally a passenger, up to pretty much any speed we wanted. I only gave it up to buy a Honda GL500 Silverwing to do some long-distance touring. My friend whose CB1000 was down for the count bought it and continued riding while his other bike got fixed.

The CB750 was revolutionary in its time, and Honda kept building it in at least some form all the way until the rising sun set on the CB750 Nighthawk in 2003. For its place in motorcycle history, as well as from my personal experience, I believe that the CB750 deserves induction into any Hall of Fame that wishes to have it.