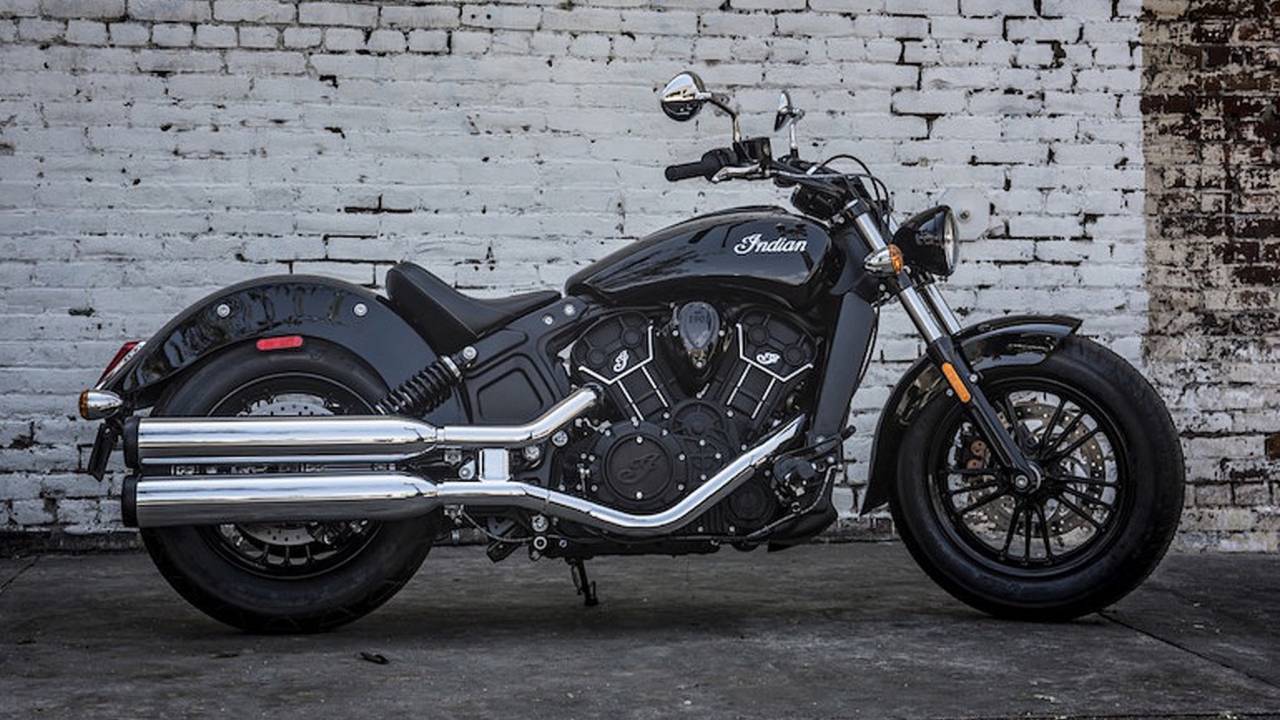 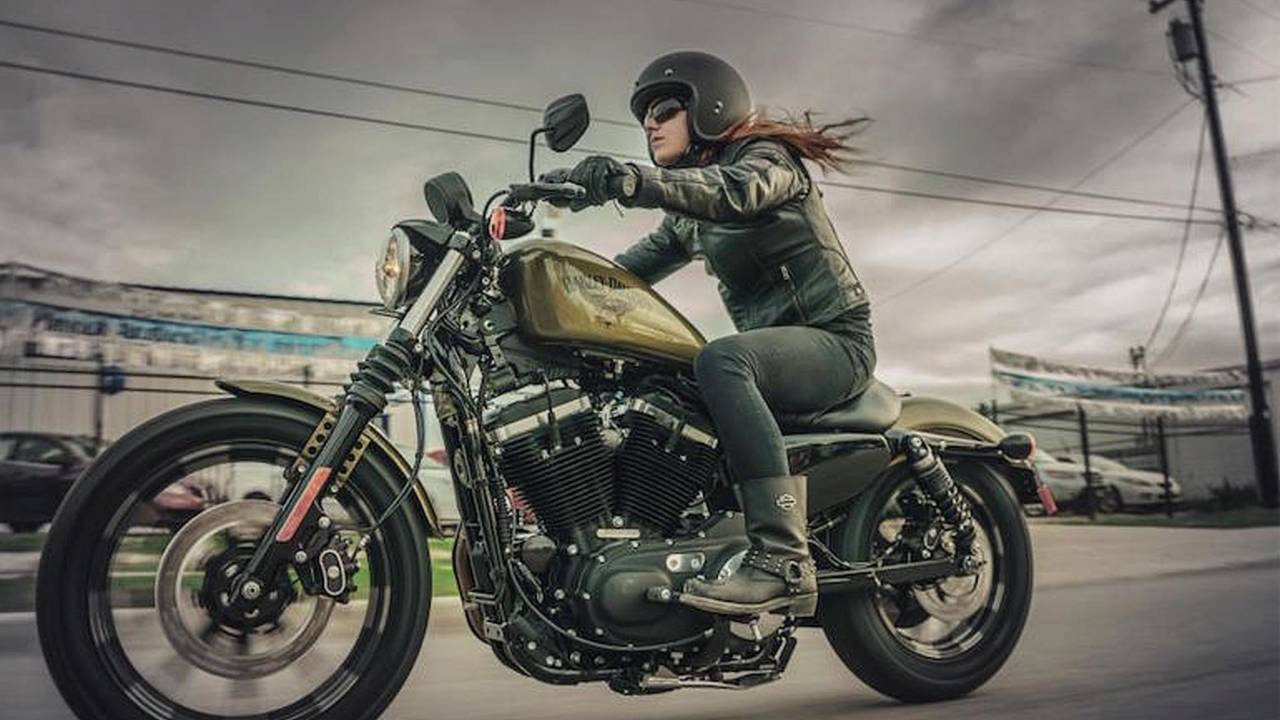 Not as fast or affordable as modern as the Street 500 or Street 750 the Iron 883 is still our top choice when starting down the Harley path. Harley-Davidson’s Sportster range has been around for decades and remains near the top of the MoCo’s best-seller list. If you’re into cruisers it’s not hard to see why. For US $8,949 you get an entry ticket into the Harley-Davidson brand and image. The Iron has a low solo saddle, drag handlebars, chopped rear fender and a punchy, fuel-injected 883cc V-twin. It starts and goes like no 1960s Harley-Davidson could ever dream of.

But as a first time cruiser you’re going to have to get used to its awkwardness in slow turns or parking lot maneuvers. It’s also not that light—coming in at 573 lbs—but despite all that it goes well and is pretty sprightly. The aftermarket also offers a huge range of cosmetic and technical upgrades you can make. And did we mention it’s a Harley-Davidson? 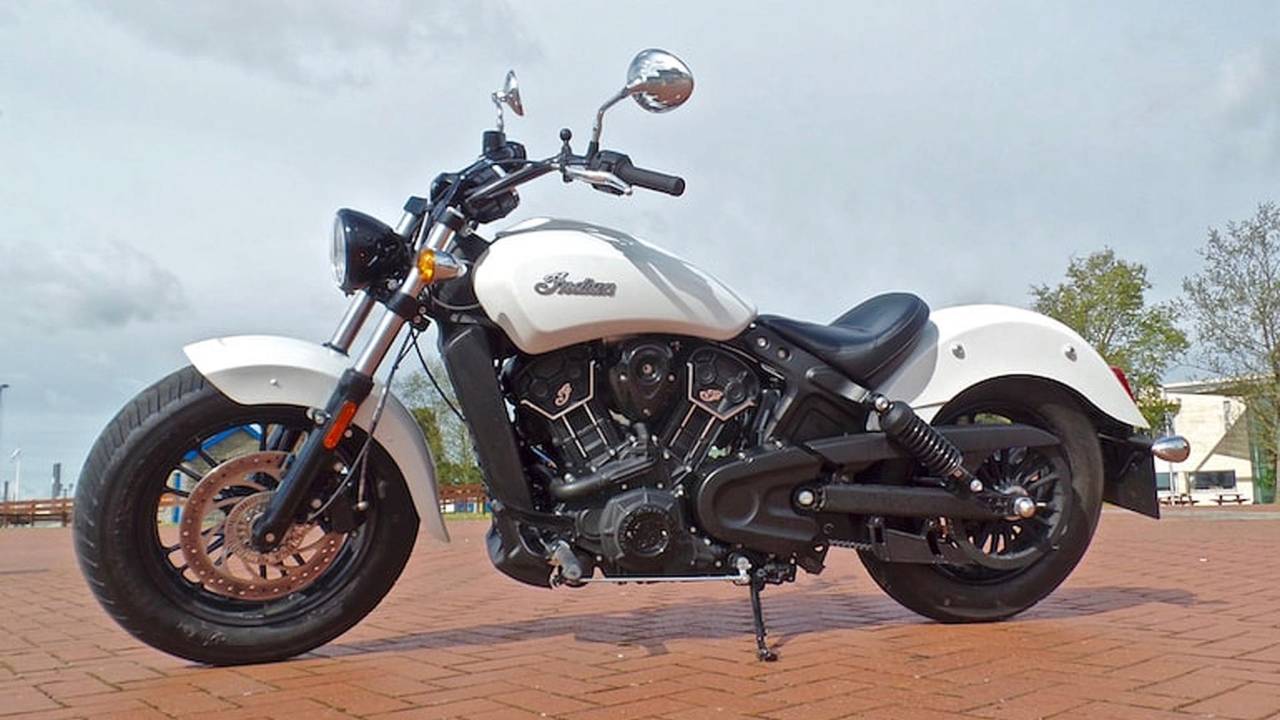 For quite a few decades it was hard for any cruiser to truly hold a candle against a Harley simply because of the company’s name value. After all, if you’re going to buy a cruiser, why not buy THE cruiser. Everything’s changed, though, since the revival of Indian Motorcycle. The rivalry that started more than a century ago is alive again, and fans of American bikes are winning as a result. For our money, the liquid-cooled 1000cc V-twin-powered Indian Scout Sixty is equal to or superior to the Harley in every way but aesthetics. (Your personal stance may differ, based on how deep your love is for Harley.) With a modern take on a classic look, the Scout Sixty lacks some of the badassness the Iron 883, despite serving up quite a bit more grunt: 78 hp to the Harley’s 44 hp. In fact, no other bike on this list delivers as much top-end go.

The Scout Sixty’s engine is something of a cursed blessing, however, because it creates a bike that is aching for a little more ground clearance, a little sportier suspension. The aftermarket isn’t as strong for Indian as it is for Harley, but that’s really only a matter of time. Meanwhile, one strength of official Indian accessories is that they are almost Ikea-like in their simplicity and functionality.

The thrifty man’s Iron 883 (the Bolt starts at $7,999 – its price not having changed since its introduction a few years ago), Yamaha's stylish Bolt offers a little more power and a better suspension than the bike it is copying. Brakes are better, too. The pegs, though, are notorious for touching down far too early—even by cruiser standards—and if you look too close you’ll find the fit and finish doesn’t match the Sportster's quality, which is odd in a Yamaha.

Yamaha offers a series of aftermarket parts to personalize the Bolt even further, and a handful of other suppliers who have followed suit. It’s a popular bike in some circles—reliable, affordable, and a whole lot of fun.

Ask Rideapart: I'm Pregnant! What Do I Do With My Bike? 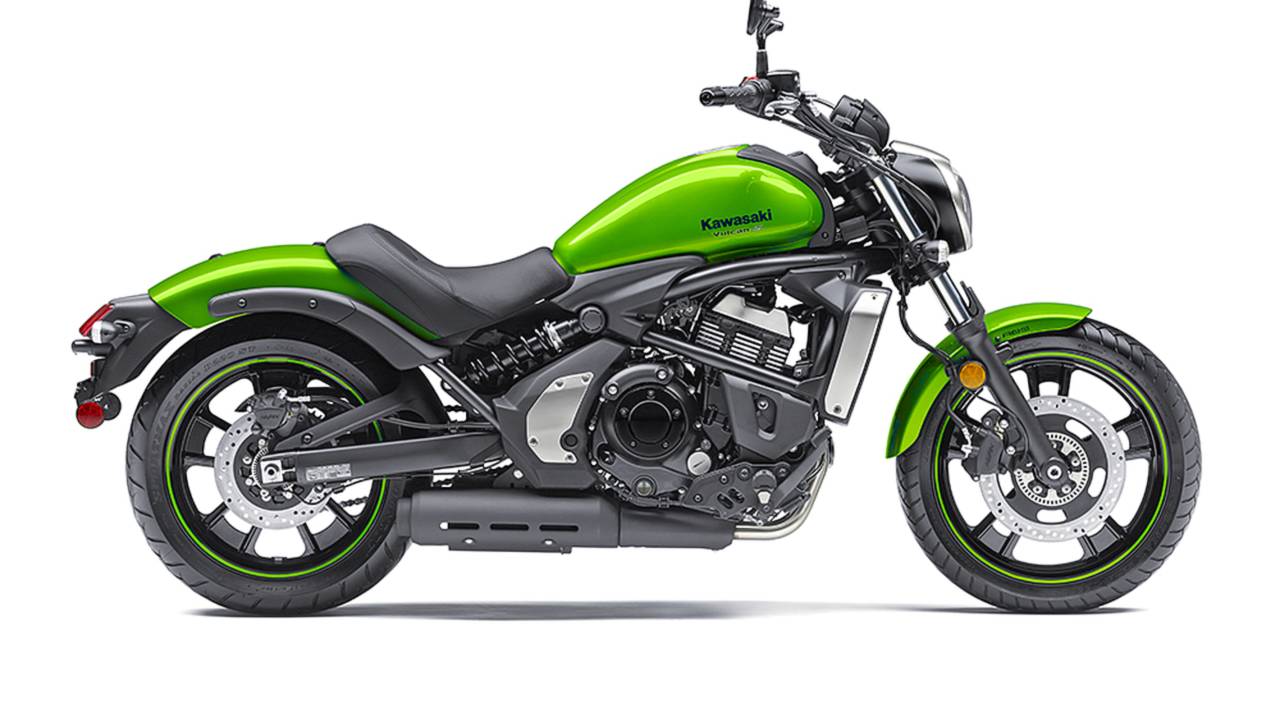 Powered by the 649cc parallel twin that used to be at the heart of the Ninja 650, the Kawasaki Vulcan S attempts a considerably more modern take on the cruiser genre with a peppier engine and more unique styling. One of the bike’s biggest selling points is its unique Ergo Fit system that allows riders to adjust handlebars, seat, and pegs to suit a variety of shapes and sizes. The possible drawback to this system is that if you buy used you’ll need to be the same size as the person you’re buying from, or head to your local Kawasaki dealer to get the bike sorted out (for a price).

The Vulcan S delivers some of the same high-rpm buzzing that is almost a trademark of Kawasaki powerplants, but you’ll generally only notice when riding with enthusiasm on a highway/motorway. We’ve heard complaints about the suspension from riders weighing more than 160 lbs, but middleweights and below shouldn’t have any issues.

Available in 300cc and 500cc variants, the completely overhauled Honda Rebel builds upon a model heritage that's been helping riders get on the road for more than 30 years. This quirky, bobber-esque machine is quite a bit different than the dated-looking Rebel of old. And in its 500cc skin the Rebel is far more of a keeper of a bike than it once was. Now you can learn how to ride on a Rebel, then take it on a cross-country adventure.

With a starting price of $5,999, the new Rebel 500 is the most affordable bike on this list. Honda is clearly hoping to encourage riders to take on the challenge of customization (that’s a steel rear fender, so feel free to get cutting), though its own list of accessories is pretty sparse. That’s OK, the bike looks pretty good as is. 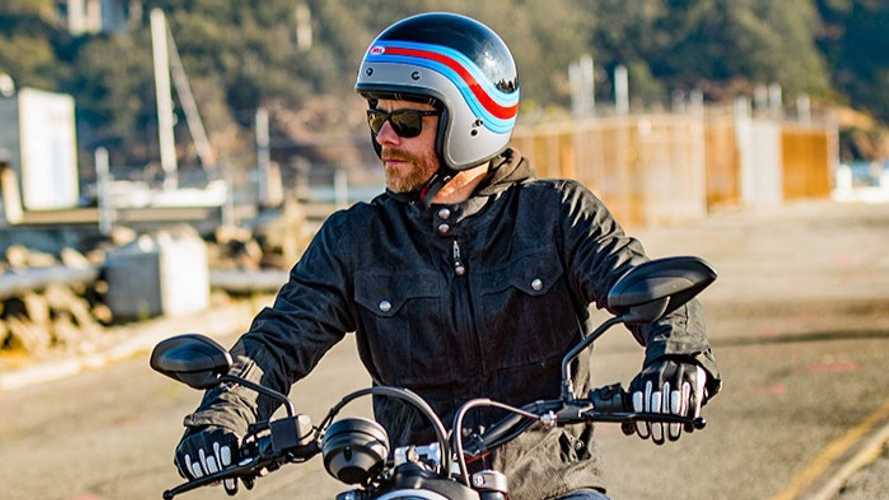 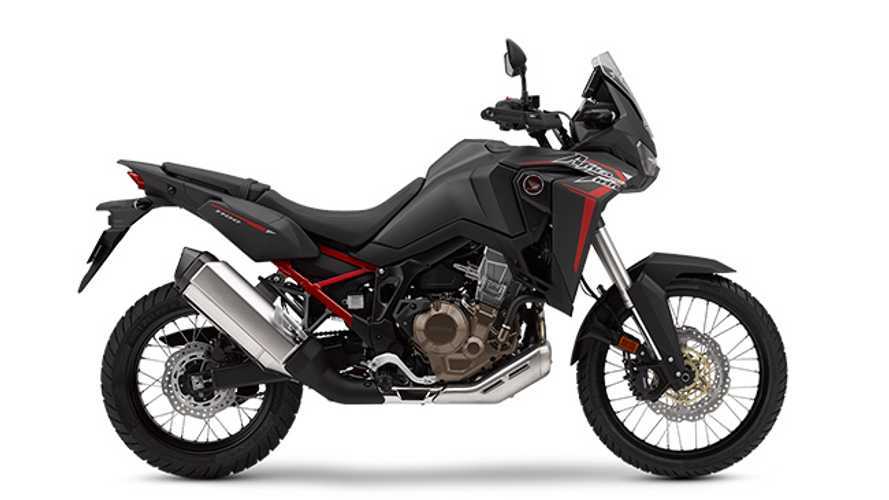 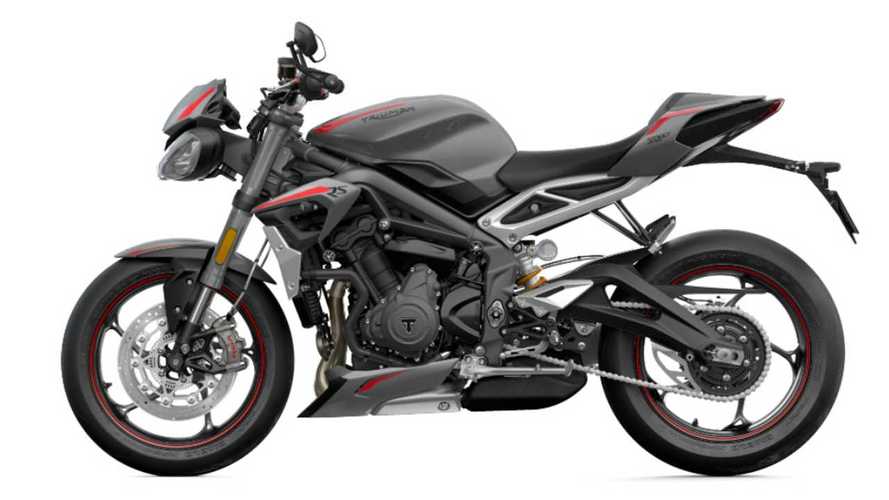 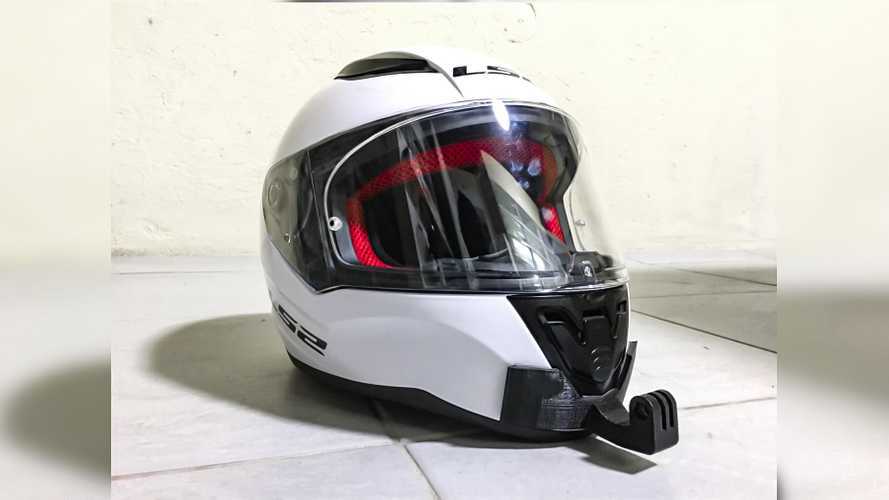 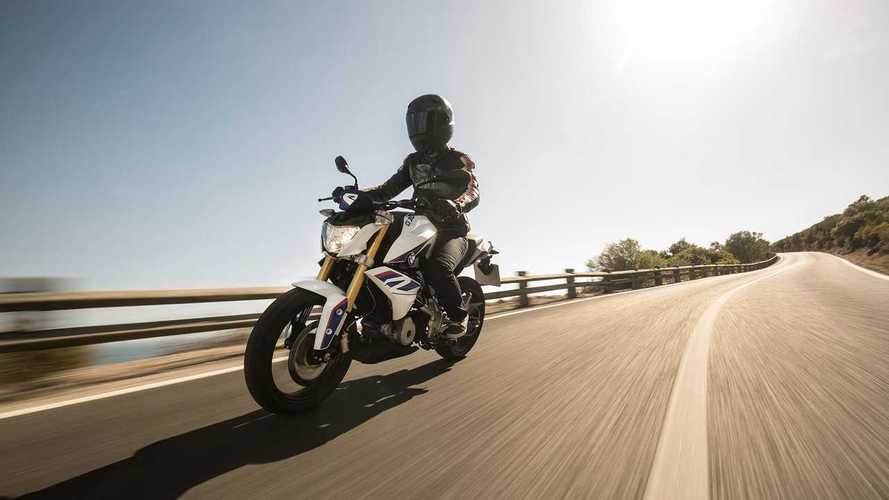 Want to start your riding career on a cruiser? Randle has some advice for you on what makes a good starter cruiser

There was a time—and it was not that long ago—when a “big” motorcycle was considered to be anything over 750cc. Now it seems that starter bikes have taken over this category and for some people, their first cruiser motorcycle has a big V-twin engine.

Five for Friday: Five Decent Cruisers for Under 5K

10 Bikes That Are Actually Comfortable

Some will debate this list of best starter cruisers, but certainly it’s a list of five bikes that the staff at RideApart think you should seriously consider. Yes, yes, yes… We know some of the Know Everything crowd will drag out the same old anti-cruiser rhetoric (Heavy! Slow!), but get over it guys: cruisers are still most often the style of bike to inspire new riders to join us on the roads. You can preach the virtues of a Kawasaki Ninja 650 at a later date. There is a huge market out there for cruisers, and of all the motorcycle types it’s the only sector that is still growing year after year worldwide.Get Out There and Ride

Most of these starter cruisers are precisely that: starters (Not so much the Harley or the Indian, which are bikes people may hold on to for a little longer). Folks wanting their first bike buy them and, sometimes after only a year of ownership, soon realize either cruisers aren’t for them or they want to trade up to something bigger and more powerful.

You can save yourself a lot of money by looking around for a good used, low-mileage version of all but the Rebel. Thereafter you could keep it forever and make it your own, or build up your riding chops and move up, or out of this category altogether. Bottom line: you pays your money and you takes your choice.