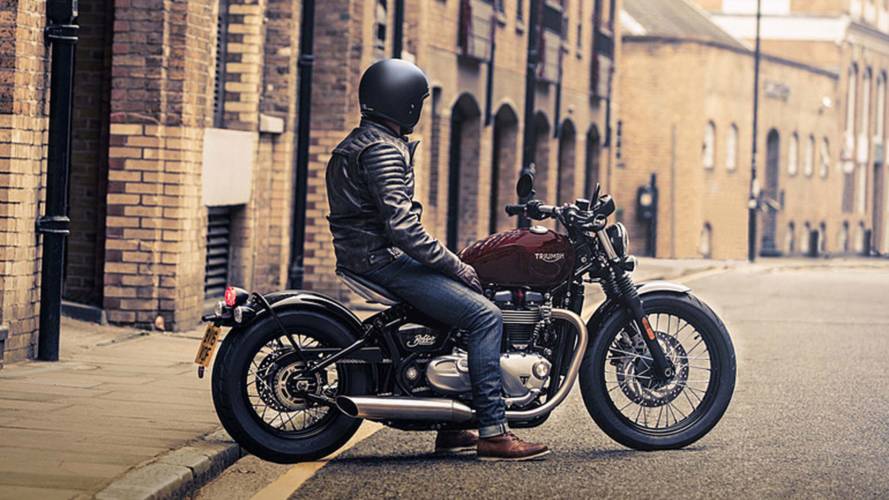 The British marque has a year that just keeps getting better, and better.

The motorcycle industry as a whole has been in a slump lately. An aging market, declining sales, and a number of other conditions have made the situation increasingly dire as of late. So much so that recently a committee of industry big-wigs gathered to discuss the market and ways to improve it. Though the majority of major OEM’s showed up, one marque was noticeably absent from the recent industry powwow –Triumph.

Why did Triumph skip out? Well, we're not sure, but it may be due to the fact that Triumph is doing very well lately. Despite sales in its native UK having dropped over 15 percent, Triumph has nonetheless managed to experience a massive growth in annual pre-tax profits, spiking to $33.06M, compared to 2016’s $22.22M thanks to a total sales growth from 56,253 to 63,404, with 86 percent sold outside of the UK. In addition, Triumph has established itself as the market leader of motorcycles over 500cc’s in the UK thanks to the huge success of the Bonneville and Street Triple lineups.

READ MORE: The New Triumph Speedmaster is Here and it's Gorgeous

Last year, North American Triumph dealers had their best year yet, beating market growth by over 15 percent and breaking 13,000 units sold for the very first time in history. This can be partially explained by Triumph kicking off 2016 with its largest model launch in history, one in which it hosted an unprecedented number of grassroots-level consumer events to introduce the new Bonneville Bobber. The hip Bonneville variant quickly became Triumph’s most successful new model launch of all time, with more orders placed in the first 30 days than any bike previously in its long history.

2017 saw Triumph add half-a-dozen new models to its lineup, including five new machines in the Bonneville family – the T100, T100 Black, Street Scrambler, Street Cup, and the Bobber. The new Street Triple and Street Triple RS also did well, and their sales helped Triumph see a 15 percent growth in the first quarter of the year.

“In the face of continuing challenging economic and currency conditions, including Brexit, Triumph Group has performed strongly and has maintained its commitment and investment in research and development, with a view to furthering the continuous improvements of its products,” stated a Triumph brand spokesperson.

For the month of December, Triumph dealers beat the previous sales record by almost 40 percent over 2016; a whopping increase of almost 90 percent compared to December of 2015. While this clearly indicates that things are going pretty damn well over in Hinckley, Triumph’s success also suggests that there may be a light at the end of the tunnel for today’s other struggling OEMs. A little bit of hope can go a long way.