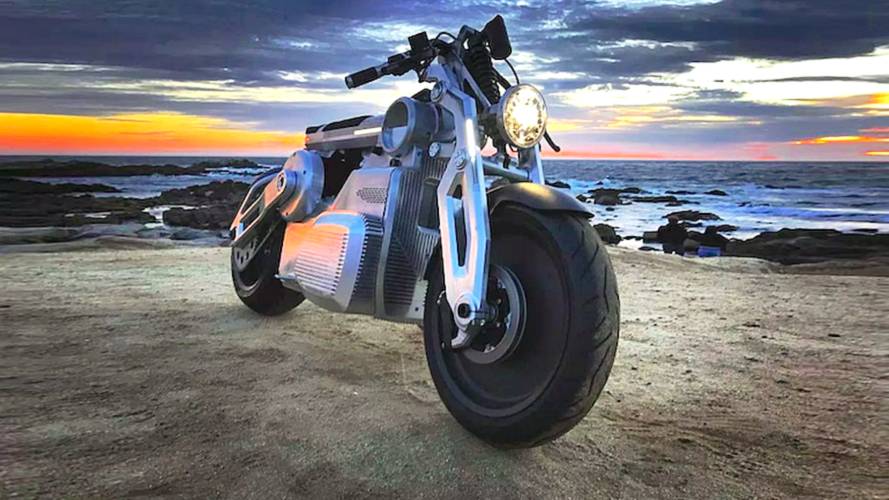 The newly minted electric bike company hits it out of the park with its bonkers new prototype.

A few days ago we shared some highlights of winners for the 2018 Quail Motorcycle Gathering. While dozens of gorgeous classic bikes took home awards—including some really special vintage electric vehicles—there was one surprisingly modern bike at the Quail this year that caught everyone's attention. That bike was the 2020 Curtiss Motorcycles’ “Zeus”, a machine that definitely deserves a closer look.

MORE FROM THE 2018 QUAIL: The 2018 Quail Motorcycle Gathering

Back in September of 2017, high-end, boutique manufacturer Confederate Motorcycles announced it would be undergoing some fundamental changes. First, the company changed its name from Confederate Motorcycles to Curtiss Motorcycles—an homage to motorcycle and aviation pioneer Glenn Curtiss. Aside from the new name, the other monumental company shift is its plan to swap out its beefy V-twins for electric powertrains.

Curtiss’s debut electric model, the Zeus, is an elite two-wheeler that shares a lot of visual DNA with its Confederate predecessors. The top-shelf scoot utilizes a machined billet aluminum chassis that employs bolted members in favor of welding. The front end uses Racetech internals in a double-wishbone design layout while in back the swingarm uses a concentric pivot point with the electric mill’s driveshaft. The Zeus also boasts an iPad/tablet dash mounted unit, LED lighting throughout, and coolest off all, see-through panels to reveal the electric powerplant components from Zero. The prototype also comes with Beringer brakes, BST wheels (wrapped in Pirelli rubber), and lighting the way is an SW Speaker headlight.

The the heart of the Zeus is a powertrain that was born out of a partnership between Zero Motorcycles and Curtiss. Using existing Zero motors, the team at Curtiss developed what it calls it “E-Twin” platform that consist of a dual Zero mills fed into a single output shaft. This reportedly allows for around twice the horsepower and torque normally offered on a Zero, with the Zeus putting down a reported 290 foot-pounds of torque—always on tap mind you—and 170 horsepower. Human motorcycle encyclopedia and all around awesome guy Paul d’orleans called the Zeus “Probably one of the most powerful motorcycles, besides a Boss Hoss. That’s got to be one of the most powerful electric motorcycles ever built!” after coming face to face with the Zeus at the 2018 Quail.

Curtis is currently using a 14.4kWh battery pack, but according to the company the afformentoned kWh figure should increase before the Zeus is scheduled for its 2020 release. It is still a concept at this point, but the prototype reveals the general flavor of the final product. Plus even a watered down version of a Curtiss bike is still pretty damn stylish.

While LED tai light trips have become common, Curtiss refines the practice to a new level (Photo by Paulo Rosa)

“The Zeus concept prototype that we showed at The Quail this year is slated for a 2020 model year production release, with production likely beginning in early Fall 2019, said Curtiss Motorcycles’ Director of Design Jordan Cornille. "Our long-term product strategy includes having models positioned at a variety of price points, meaning there will be something available for nearly every pocketbook. These models will include a great selection of genres, forms, power, and range that will satisfy the needs of every rider out there. Every single one of these models are already in design and development.”