Why the Diavel is the best bike Ducati makes 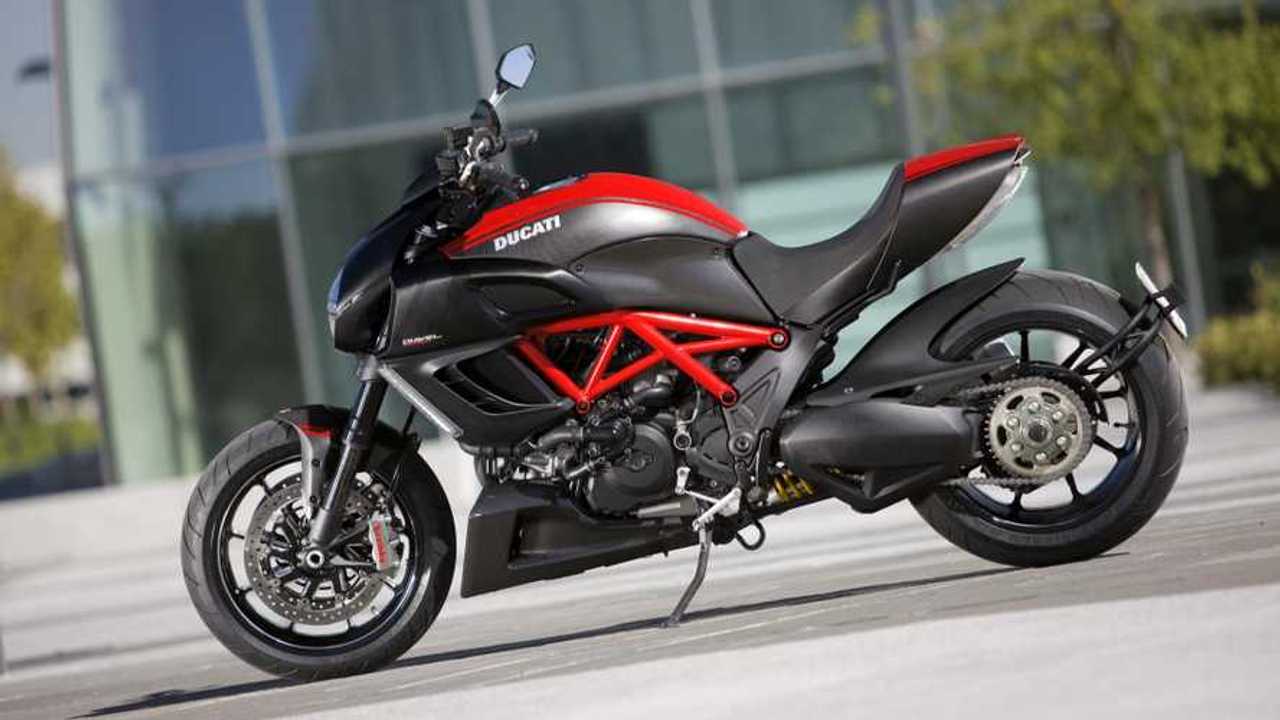 A bold statement, but one that Ash can back up.

We’ve criticized the Diavel’s design. JT Nesbitt, a designer who’s work was referenced during the Ducati’s creation, compared it to David Hasselhoff. But, the question that’s remained unanswered is: how does the Ducati Diavel perform? English journalist Kevin Ash, not known for pulling his punches, just finished riding the bike in Spain. I think he liked it. — Ed.

For Your Viewing Pleasure: A Very Pretty Ducati Vid

Numbers rarely tell the whole story, and they certainly don’t with Ducati’s much discussed Diavel. But they’re a good place to start: how about a 0-60mph time of 2.6 seconds, faster than an 1198 and only 0.14 seconds slower than a Bugatti Veyron, which  is something like $1.5million dollars more costly. That’s a lot for the blink of an eye. Or the weight, which at 463lb is 220lb lighter than a VMAX... that’s the hefty passenger you’ve just picked up from MacDonald’s. Okay, not quite fair, the Diavel’s is dry weight, the Yamaha’s wet, but they’d only be even if the Yamaha had a 26 gallon tank. It’s got 4. Ducati says too that the Diavel hauls up in a shorter stopping distance than the Brembo Monobloc-equipped 1198 superbike. The 240mm rear Pirelli (a Diablo on the Diavel, what else, the devils!) helps with that as the bike’s wheelbase at 62.6in is Ducati’s longest ever, and the centre of gravity is the lowest, so rear wheel lift isn’t an issue.

The figures then suggest this is some kind of performance cruiser, if a lot lighter than Vs Rod and Max. The hunched forward, hooded looks say the same, and it’d be job done, category decided, if you didn’t go and spoil things by riding it. That’s when the joyful confusion starts: the apocalyptic soundtrack taps straight into your evil genes but you hardly notice as the acceleration is so immediate and plain violent, the bike feels like it’s charging out from the flames of hell. Low rev thrust is massive, the mid-range cracks your ribs and the top end punches you senseless, yet all is delivered with near-benign controllability and a molten chocolate, bubbling smoothness that adds up to the most compelling motorcycle engine of the decade. Make that the last decade too.

Even that you might still have expected, but not the handling. Long wheelbase, fat tire etc etc? So why then does this bike corner like a silken sports bike? It’s not sharp agile like a supersport 600, but it is precise, neutral down to walking pace, tactile and stable, and such a sheer, unadulterated joy on our Spanish press launch the entire UK contingent at the end of a long ride turned around and did the whole thing again. I’ve not seen that before.

Negatives? Some, but not many. Bizarrely on a premium machine there’s no fuel gauge, just a warning light, while those raked out forks result in a harsh front end ride quality. The fuel range couldn’t be tested properly but the tank’s 4.5 gallons likely won’t see you past 150 miles, and possibly a lot less, before you’re pushing. And cruiser riders switching allegiance will be intimidated by the horsepower, although pushing the button for 100bhp Urban instead of 160bhp Touring and Sport modes should calm their nerves.

Maybe this is K1300R territory, Aprilia Tuono even... whatever, worry about the category if you like, but don’t lose sight of the fact that this is the most exciting, exhilarating, accomplished motorcycle available in dealer showrooms today.

Read more about the Diavel at Ash on Bikes.