Ever since Ducati revived the Scrambler in 2015, manufacturers have been adapting scrambler aesthetics to road-going bikes. From imitations to pure knockoffs, the trend has taken the retro motorcycle market by storm. With its 2022 ZT350-GK, Chinese OEM Zontes is adding its name to the list.

After officially announcing the model in August, 2021, Zontes debuted its scrambler-inspired naked bike to the world at EICMA 2021. The new ZT350-GK replaces the company’s tried-and-true 310cc engine with a 348cc single. Thanks to the 12.3:1 compression ratio, the thumper pumps out 39 horsepower at 9,500 rpm. With the ZT350-GK weighing in at 414 pounds, the new single produces more than enough oomph for beginners.

Zontes nestles that manageable mill in a cast alloy frame reinforced with external bracing. A 43mm USD fork and rear shock provide suspension while the dual-sided swingarm and 17-inch wheelset complete the chassis. J. Juan calipers mate to a 320mm disc up front and a 260mm rotor at the rear. Dual-channel ABS safeguards against lockups at both ends and the 120/70 front and 160/60 rear tires deliver more than enough grip for the little 350.

On the cosmetic front, the ZT350-GK takes a futuristic approach to scrambler styling. The classic tank shape, side panels, round headlight, and flat seat resemble scramblers of yore, but Zontes adds a contemporary twist with angular design language and modern color combinations. The naked bike also embraces the latest technology with a TFT dash and LED lighting.

Despite the ZT350-GK appropriating the scrambler look, Zontes will offer variants with cast alloy and wire-spoke wheels. While the spoked version will still don road-oriented rubber, users can always add some scrambler functionality to the scrambler form with dual-sport tires. For now, Zontes hasn’t revealed pricing for the ZT350-GK, but the naked bike is due in dealerships by Spring 2022. 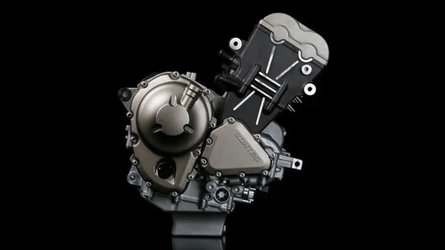 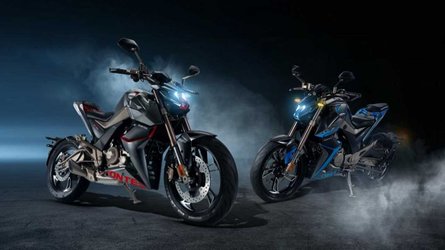