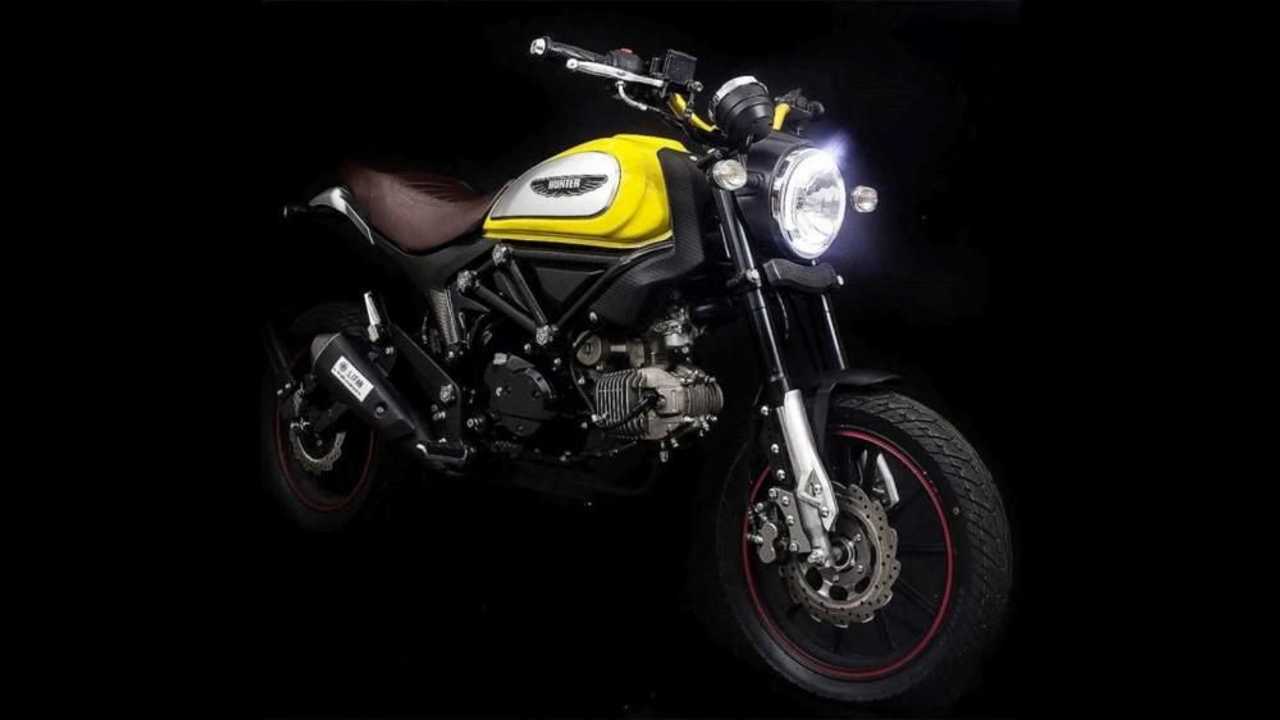 Imitation is the lowest form of expression.

We’ve all seen our share of knockoff motorcycles. Most recently, Moto imitated BMW’s S 1000 RR with the S450RR, CFMoto borrowed more than a few styling cues from the R 1250 RT for the 1250TR-G, and the Benda LF-01 concept drew inspiration from both Ducati and Honda. Some makers mask the blatant rip-offs more than others, but when Lifan released the Hunter 125, there was no mistaking the Ducati Scrambler’s influence.

Unlike the Bologna brand’s best-seller, the Lifan Hunter 125 houses an air-cooled 125cc single with fuel injection and a one-into-two exhaust. The downsized front end, rear shock, swingarm, and 14-inch wheels match the 125cc scale, but retain the Scrambler’s sense of proportions. The China-based company launched the Hunter 125 in Thailand in 2017, into the country’s booming small bike market.

While the Ducati Scrambler Icon Dark retails for $8,799, Lifan’s Ducati doppelganger carries a more agreeable price tag of ฿54,000 ($1,730 USD). Unfortunately, the Lifan website no longer features the Hunter 125 in its lineup. Instead, a 150cc version carries on the Hunter mantle, but ditches the refined Scrambler styling. In a more generic design approach, the Hunter 150 sides with ‘90s standards.

Did Ducati influence the change with legal action? Did the Euro styling not agree with the small bike markets in Asia? We'll probably never know why Lifan moved away from the Hunter 125, but we do know that it won’t be the last knockoff motorcycle we see.

That's A Lot Of Flattery:

This Honda Grom Clone Gets A Big Block Upgrade