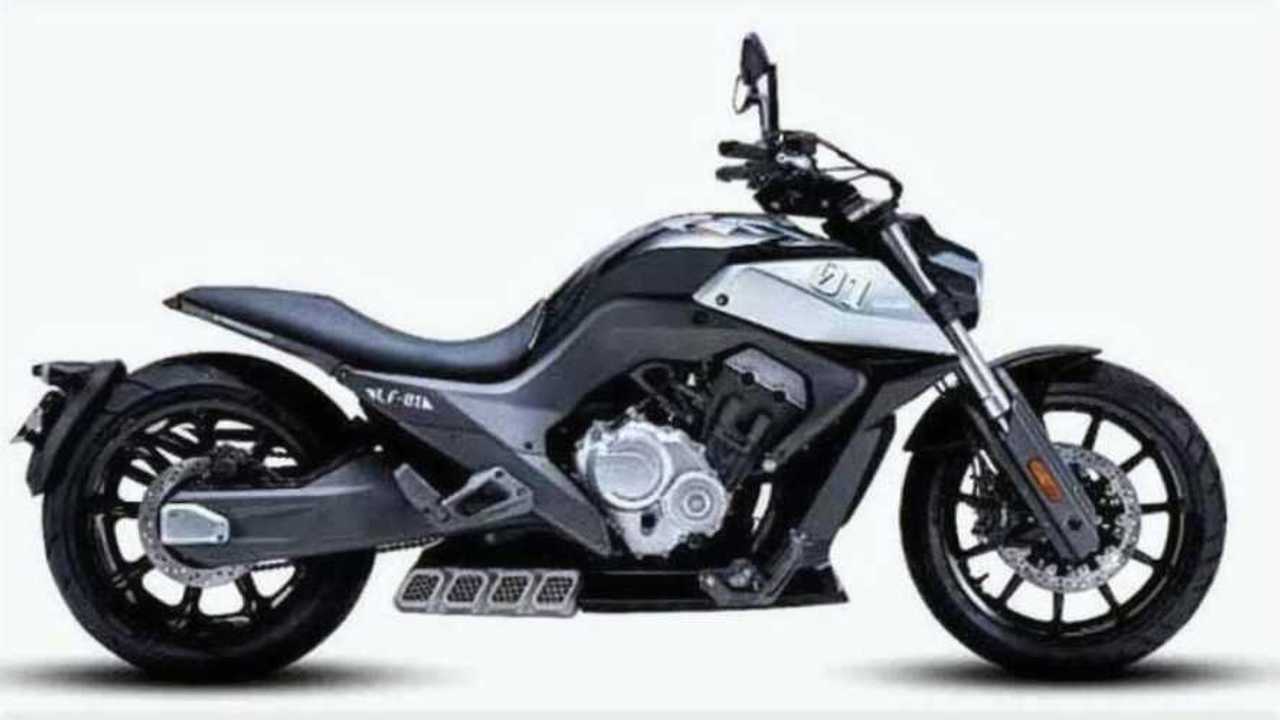 Diavel on the outside, CBR650 on the inside.

In July, a newly-filed patent tipped us off to Benda’s potential foray into cruisers. By combining muscle cruiser aesthetics with a four-cylinder engine layout typical of sportbikes, the Chinese brand gained a lot of attention with the BD700 design. Now, Benda is following up on the promise of the digital renders with the LF-01 concept at the 18th China International Motor Expo (CIMA).

Staying faithful to the styling we saw in the patents, the design team added a black and silver paint scheme to the concept along with LF-01 graphics on the tank, shoulder shrouds, and frame. Aside from larger fork covers, mirrors, and clutch and brake lines, the LF-01 looks remarkably similar to the BD700 patent. While there are no big surprises on the cosmetic front, the presentation gives us a better idea of the cruiser's capabilities.

Under the hood, the LF-01 packs a 680cc inline-four that produces 97 horsepower at 12,000 rpm. It’s no secret that Benda “borrowed” mightily from Honda’s CBR650 motor with many parts and dimensions resembling the Japanese mill. The 11:6:1 compression rate and 67mm bore size is identical, but the Chinese firm increased the stroke from 46mm to 48mm, resulting in the larger overall capacity. Despite the architectural similarities, the LF-01 is able to squeeze three extra ponies out of the I-4 all while fueling its four pots with a single throttle body and manifold system.

Of course, the massive 310/35R-18 rear tire makes the jump over to the concept bike. Though the aluminum alloy chassis and engine configuration lean toward performance, the wide donut might spoil the bike’s ambitions. The back end may do the LF-01 no favors in handling, but most riders should be able to handle the bike’s 474-pound curb weight and 27.4-inch seat height. Unfortunately, Benda also reported that the cruiser will only be able to reach a top speed of 112 mph, possibly a result of the bike’s electronic package.

The brand also explained the design behind the turbine headlight, clarifying that it acts as a ram air intake along with its illumination duties. The polarizing exhaust unit also returns on the concept bike, revealing that the four pipes funnel into a collector box under the belly before re-expanding to four separate paths on the right-side of the bike. Only time will tell If Benda releases more information on the LF-01 in the future, but if the Chinese brand brings the Ducati Diavel lookalike to the market, we’re anxious to see how it fares.