There’s nothing quite like the raw and guttural sound of a performance-oriented V-twin motor. Harleys and Indians are known for this iconic exhaust note, especially when it comes to older, higher displacement machines. Indian’s performance-oriented street bike, the FTR 1200 has quite an impressive motor, too, with a 1,203cc V-twin, pumping out 120 horsepower.

That being said, the fact that the FTR 1200 is a modern machine and therefore must conform to modern-day emissions and noise regulations, unfortunately, drowns away some of that beautiful sound. Luckily, there are loads of aftermarket exhaust options designed to enhance not just the sound of this bike, but it’s overall performance and aesthetics, too. One such company is Italian exhaust manufacturer Zard, which is known for making beautiful, hand-crafted aftermarket exhaust systems.

The company has recently released a range of aftermarket exhaust options specifically for the Indian FTR 1200, which consist mainly of a slip-on twin-exit titanium silencer with removable DB-killers. The system can be fitted as either a slip-on setup, or a full-system including optional headers and a cat-delete mid-pipe. To make things even better, it’s also available in a Euro 4-homologated version as an option. The titanium silencer features a beautifully crafted body which complements the bike’s flat-tracker aesthetic. Finer details consist of carbon-fiber end-caps, and a carbon heat shield.

In terms of performance, Zard claims a “significant increase” in power and torque output as compared to the stock exhaust system, all across the rev range. It also promises to deliver “astonishing sound” in the process. Perhaps the most tangible performance gains come in the form of weight reduction. After all, the titanium Zard muffler weighs less than half of the original exhaust pipe, at just 1.8 kilograms versus the stock bread box which tips the scales at 4.3 kilograms.

Adding To The Noise: 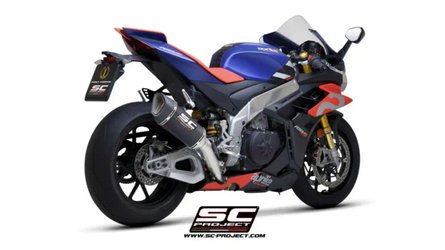 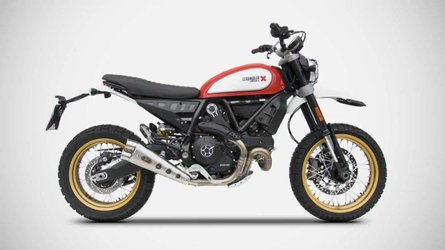 Zard’s titanium exhaust system retails for 845 Euros, or the equivalent of around $981 USD for the standard version, and 1000 Euros, or around $1,160 USD for the Euro 4 homologated version. Zard notes that the exhaust system is compatible with Zard’s cat-delete pipe, and optional header upgrade. It’s also compatible with all OEM Indian parts and accessories, so it should be a rather straightforward install.