Dirt-ready from the factory, road racer after Salt’s done.

Salt Motorcycle’s story began in 2017, on the production lines of the Australian automotive industry, or what was left of it. From there, the brand’s story started, and this cafe racer based on the KTM 300 EXC is the first bike from its factory.

The EXC itself is an already potent weapon off-road, but Salt put in the work to make it more road-going along with a heaping serving of cafe racer styling. Its performance is also assured thanks to Australian and Britsh motorcycle road race champion and former World Championship rider Paul Lewis.

So onto the bike. This isn’t a one-off creation, but something that will be made in a limited quantity, and will cost you about $39,990 AUD ($30,000 USD) to buy in Australia, plus government fees on top of the price.

According to Salt Motorcycles, there are no screens or electronics onboard, “Just a pure [analog] experience of the rider, the motorcycle, and the road,” as quoted from the brand’s site.

Salt also made a big deal about the fact that it is two-stroke. It’s still a fairly modern motor by all means, and it comes liquid-cooled, with an electric start, and it’s also fuel and oil injected. It has a displacement of 293.2ccs, and Salt claims that it makes up to 52 horsepower and 34.5 foot-pounds of torque mated to a 6-speed transmission with a Rekluse Radius CX clutch.

On the suspension side of things, Salt Motorcycles cut the travel of the WP Xplor front and rear units for use on the road. On top of that, you’ll also find new 18 and 19-inch wheels wrapped in road tires. With the modifications, expect a seat height of 830mm and a very manageable weight of a little over 240 pounds.

We dare you to find what remains of the KTM in the bodywork. If you’re really interested in the bike, you can head on over to the brand’s website and inquire more about the model.

A Little More Of That Cafe Flavor: 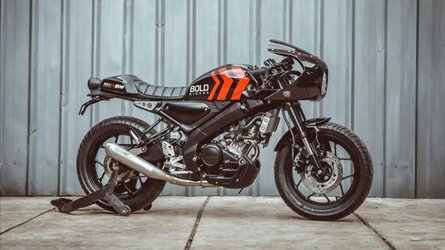 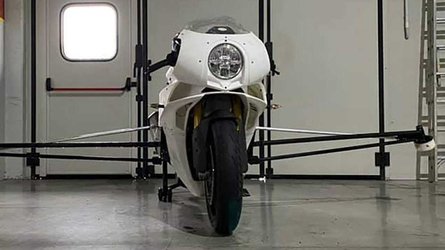