Could the retro-racer make an EICMA 2021 appearance?

When Bimota teased the new KB4 neo-retro sportbike in May, 2020, it was clear that the firm was keeping its cards close to the chest. By November, 2020, the House of Rimini felt secure enough to reveal the KB4’s top-shelf componentry via social media while setting a loose launch date for April, 2021. Well, spring came and went and we still haven’t seen the retro-racer hit the road.

While Bimota may have fallen behind schedule, that doesn’t mean they haven’t been hard at work, testing the new platform before its long-awaited debut. Now, European approval-type documents uncover even more specifications as the brand puts the final touches on the KB4. Before we dive into the details, however, we have to recognize Bimota’s history of building world-class chassis around Japanese-manufactured engines.

After a two-year hiatus, Kawasaki saved Bimota when it acquired a stake in the Italian brand in 2019. That relationship presented the perfect opportunity for Bimota to get back to its bread and butter, developing sweet-handling chassis with Team Green’s reliable mills in tow. 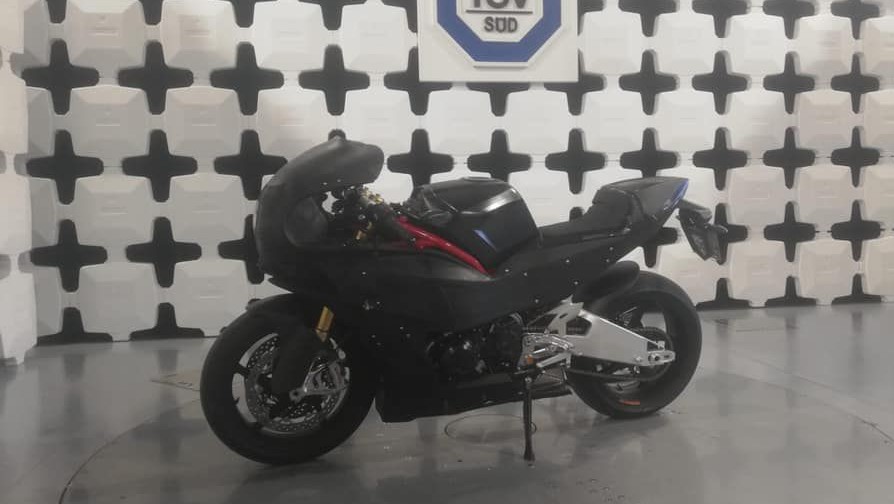 That’s exactly what Bimota is doing with the KB4 project. Leveraging the liquid-cooled, 16-valve, 1,043cc inline-four from the Kawasaki Ninja 1000SX, the upcoming neo-retro will produce 140 horsepower at 10,000 rpm and 82 lb-ft of torque at 8,000 rpm. Despite the powerplant, the KB4 will share practically nothing with its sport-touring relative.

With a 428-pound curb weight, the Bimota sportbike will weigh a stunning 90 pounds less than the Ninja 1000SX. In addition to the trimmer figure, the KB4 will reduce both its length and width by two inches at 80.7 inches and 30.5 inches, respectively. The biggest difference, however, will be the reduced wheelbase, with the retro-racer going to 54.7 inches (from the Ninja’s 56.7-inch wheelbase).

Bimota didn’t achieve that number with a shorter swingarm though, it brought the front wheel closer to the frame instead. Unfortunately, that change left no room for a front-mounted radiator, with many speculating that the unit could be tucked under the seat. As always, we’ll have to wait for Bimota’s official unveiling before we see the full details behind the neo-cafe racer, but with EICMA 2021 coming up, hopefully, we won’t have to wait long.