Will we finally see the Super Meteor?

When Royal Enfield unveiled its Concept KX at EICMA 2018, it marked a watershed moment for the brand. In the years to follow, several renders imagined what an Enfield cruiser-style twin would look like. Several spy videos also gave us an idea of the upcoming model’s design and exhaust note. Now, Indian media outlets are reporting that Royal Enfield will introduce the new 650cc cruiser, the Super Meteor, at EICMA 2021.

While we’ve all expected the cruiser to feature the same air-cooled, SOHC, 8-valve, 648cc parallel-twin found in the Interceptor 650 and Continental GT 650, it’s a shame that we won’t see the Concept KX’s 838cc V-twin in action. However, India Car News claims that the new cruiser will borrow several elements from the KX prototype such as the “round headlamp, slender fuel tank, and alloy wheels.”

Many expect the cruiser to also tout forward controls, a 19-inch front wheel, and a wider rear fender than its 650 Twins siblings. Surprisingly, reports state that the low-slung cruiser could receive higher performance components like a USD front end and slipper and assist clutch. Unsurprisingly, rear twin shock absorbers, dual-channel ABS, and, a digital gauge with tripper navigation made the shortlist as well.

As a 650cc model, the new cruiser would join Royal Enfield’s 650 Twins family, but it could also play into the brand’s new Meteor platform. Released in April, 2021, the Meteor 350 revived Royal Enfield’s long-defunct cruiser range. Now, many believe that the line-up could expand if the firm unveils the Super Meteor at EICMA 2021.

Of course, Royal Enfield was one of the first manufacturers to confirm attendance at the Milan trade show back in March, 2021. As usual, the annual event will take place at the Fiera – Milano exhibit and trade center in Rho, Italy. The show will span November 25-28, 2021, and we’ll be waiting for Royal Enfield’s presentation with bated breath.

Just Around The Bend: 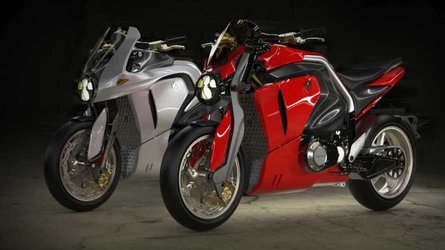 Soriano Motori Will Bring Its Electric Motorcycles To EICMA 2021 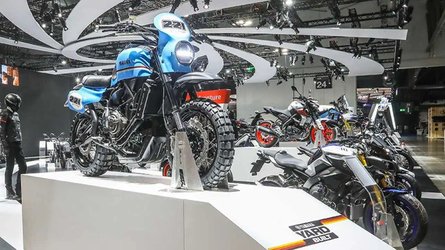