Few sport-touring motorcycles available in the market offer as much value for money and practical usability as that of the Yamaha Tracer 9 GT. Combining the perfect blend of power, comfort, and affordability, the Tracer 9 GT has recently been reinvented to sport similar updates as that of its naked sibling, the MT-09. Of course, along with the in-house development of this bike, the already rich aftermarket for the Tracer 9 has also followed suit.

With that, one of the world's most renowned performance exhaust manufacturers, Akrapovič, has recently launched a new full-system exhaust for the Yamaha Tracer 9 GT. Offered under the company's Racing Line, the new exhaust system features a titanium construction with carbon fiber end caps. Apart from providing enhancements in terms of performance as well as a significant reduction in overall weight, the Akrapovič exhaust system cleans up the bike's aesthetics and gives it a sportier, more streamlined appearance. It comes equipped with a built-in catalytic converter, too, making it street-legal across Europe.

According to Akrapovič, the Racing Line offers the optimum balance between price and performance. As is the case with all offerings under the Racing Line, the new exhaust system for the Tracer 9 GT has been engineered to eke out even more performance across the rev range, as well as deliver unparalleled throttle response which the stock exhaust system is unable to provide. Akrapovič claims an incremental power gain of two horsepower, with dyno data to back it up. Torque receives a decent bump of 1.3 Nm, as well.

Power and response improvements aside, the Akrapovič Racing Line titanium exhaust system for the Yamaha Tracer 9 GT truly breathes new life into the potent and reliable CP3 engine. Recently updated in the MT-09, the Tracer 9 GT now also gets a displacement bump to 890cc, and makes the unmistakable banshee howl associated with high-performance inline three-cylinder motors. The Akrapovič Racing Line exhaust system further elevates the overall feel and performance of this engine, and is available for $1,485 USD. Even better still, it's compatible with all Yamaha genuine accessories including but not limited to center-stand and side panniers. 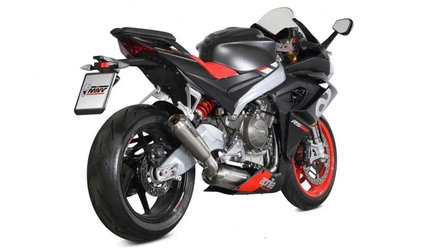 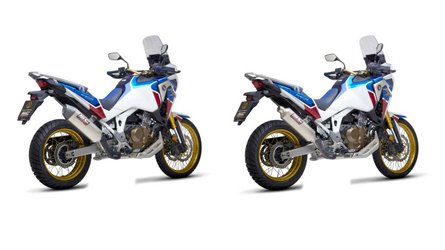 Adding To The Noise: SC-Project Introduces Exhausts For Honda CRF1100L