There’s no shortage of motorcycle-based Lego sets on the market today. From Harley-Davidson's Fat Boy to Ducati’s Panigale V4, many classic models have been immortalized in the plastic bricks. Full-scale replicas like the Britten V1000 and fan-made favorites like the Akira Bike kit only solidify the bond between bikes and the tiny building blocks. 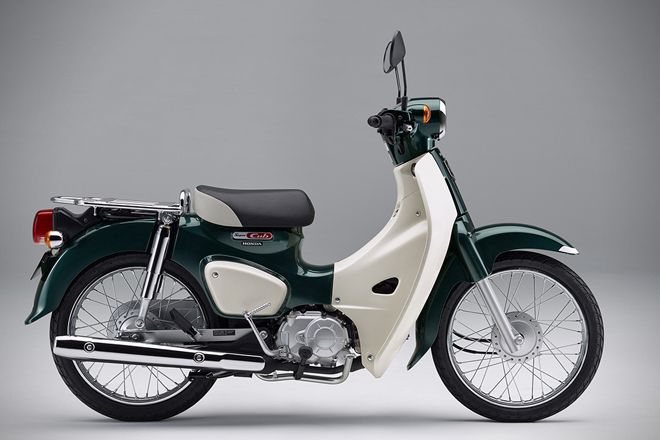 The Super Cub is widely recognized as the most produced motor vehicle in history. By 2017, Honda manufactured its 100 millionth unit. Now, the new Nanoblock set will put even more Super Cubs in homes around the world. The 200-piece kit will feature two classic Cub colorways: navy blue and green. Unlike its counterparts, however, the Nanoblock Super Cub set is a less involved affair. As a result, the kit’s ¥1,045 ($9.42 USD) price tag reflects the Super Cub’s budget-friendly nature.

Aside from its affordability, the Honda’s timeless design also contributes to the set’s simplicity. Nanoblock easily fashioned the muffler out of stacked round pieces. However, the firm also created a custom set of handlebars and leg fairing pieces for the collaboration. Finally, both Honda and Nanoblock paid special attention to the accuracy of the seat flatness and fender-to-tire proportions.

At 1.7 inches by 2.9 inches by 3.3 inches, the Nanoblock Super Cub certainly lives up (or down) to its name. Honda’s Super Cub may be the most produced motorcycle and motor vehicle ever produced, and the new Nanoblock set should only make the best-selling Honda even more popular.

I Don't Want To Grow Up: