From small builds to large ones, the single greatest thing about maker culture is the idea that if you can dream it, you can build it. You don’t have the skills, materials, or tools to do some very specific thing? That’s OK, there’s probably at least one expert YouTube video to show you how.

It’s true for working, life-sized motorcycle builds, once you break them down into their constituent steps. It’s also true for motorcycle models, including those made from LEGO bricks.
Let’s say you really wished that LEGO put out a kit to make one of the single most iconic anime or manga vehicles to ever exist—Kaneda’s bike from the legendary Katsuhiro Otomo movie, Akira. So far, despite its enduring popularity, the stars have yet to align for an official LEGO kit of this bike to be made.

That’s OK, though, because LEGO enthusiasts are all about building the vehicles they want to see in the world! One Japanese LEGO enthusiast, who goes by the name KABA on Twitter, decided to take existing pieces and make his own minifig Kaneda’s bike LEGO kit. This video shows how to build Kaba’s 2020 version, along with a guide to show you which existing pieces you’ll need if you want to make your own kit like this.

In 2021, Kaba took his build a step further. After all, a maker’s work is never done, right? He tweaked his design to get it closer to his vision of what Kaneda’s bike in LEGO form should look like. Then he crafted a very professional-looking box for it. All the pieces are neatly enclosed inside, in small clear, zip-top bags. There’s an instruction manual enclosed as well, and the real pièce de résistance—a full sheet of decals to take the build right over the edge.

From Kaba’s Twitter thread, it appears that he assembled this beautifully packaged kit as a homemade gift for someone. It’s not for sale, but with the help of Kaba’s video and your own LEGO-sourcing skills and determination, you can totally build your own if you absolutely can’t live without it.

Or, you know, maybe LEGO will take the hint and eventually do some kind of limited-run version in the future? We can always hope. 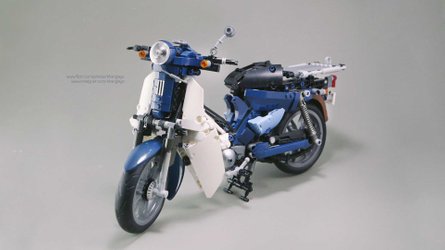 This Is The Cutest, Most Awesome Honda Cub LEGO Sculpture Ever
⠀ 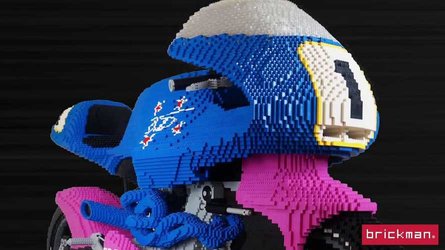