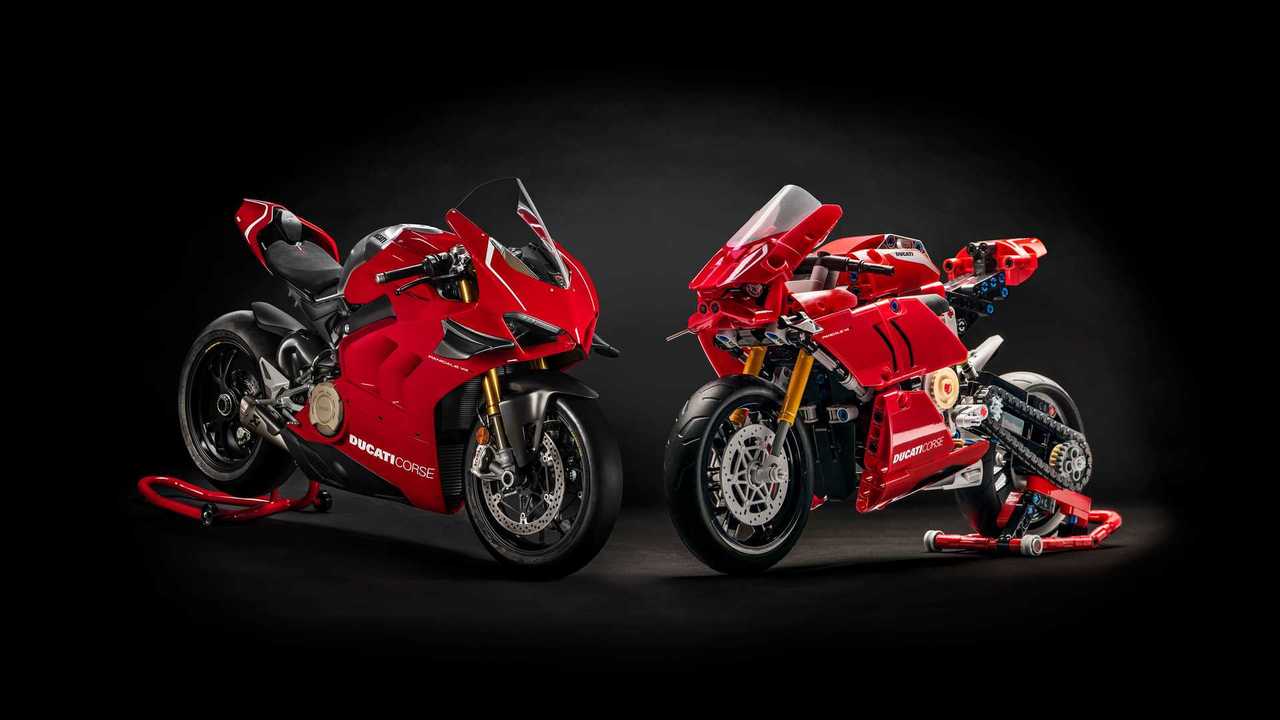 Let's all pretend we own a Ducati.

If your childhood didn’t involve LEGO, you definitely missed out. You only need a couple of blocks to make some magic happen. Thankfully, nobody really outgrows LEGO—there’s no socially acceptable age limit to enjoy a good build. It’s no wonder the toy manufacturer also creates designs for big kids.

From a Michael Keaton Batmobile to a James Bond Aston Martin DB5 to an Imperial Start Destroyer to the Millenium Falcon—LEGO is like Ben and Jerry’s ice cream flavors: try to find one that doesn’t exist. We're even occasionally treated to a motorcycle model. Bikes such as the BMW R 1200 GS and the Harley-Davidson Fat Boy have been immortalized in plastic bricks. You will now be able to add a Ducati to your collection without clearing out space in the garage.

The toy maker unveiled the latest addition to its garage: a new Ducati Panigale V4 R Technic set (Legos with screws, pretty much). The kit is made of 646 pieces and the model is 12 inches long so you don’t have to squint too much to see the details.  From the “spider web” front brake disc to the aerodynamic winglets and gills to the Ducati Corse logo—all the bike’s subtle sized down details are there.

According to the company, this set even comes with a two-gear transmission which is apparently a first for a LEGO Technic motorcycle set. The kit will retail for $69.99—a fraction of the full-size bike’s $40,000 price tag—and according to the LEGO US website, it will be available for purchase on August 1, 2020. An early release would have been nice to keep us busy while we’re stuck home but it’s ok, we’ll still be happy to own a Ducati for less than $100.