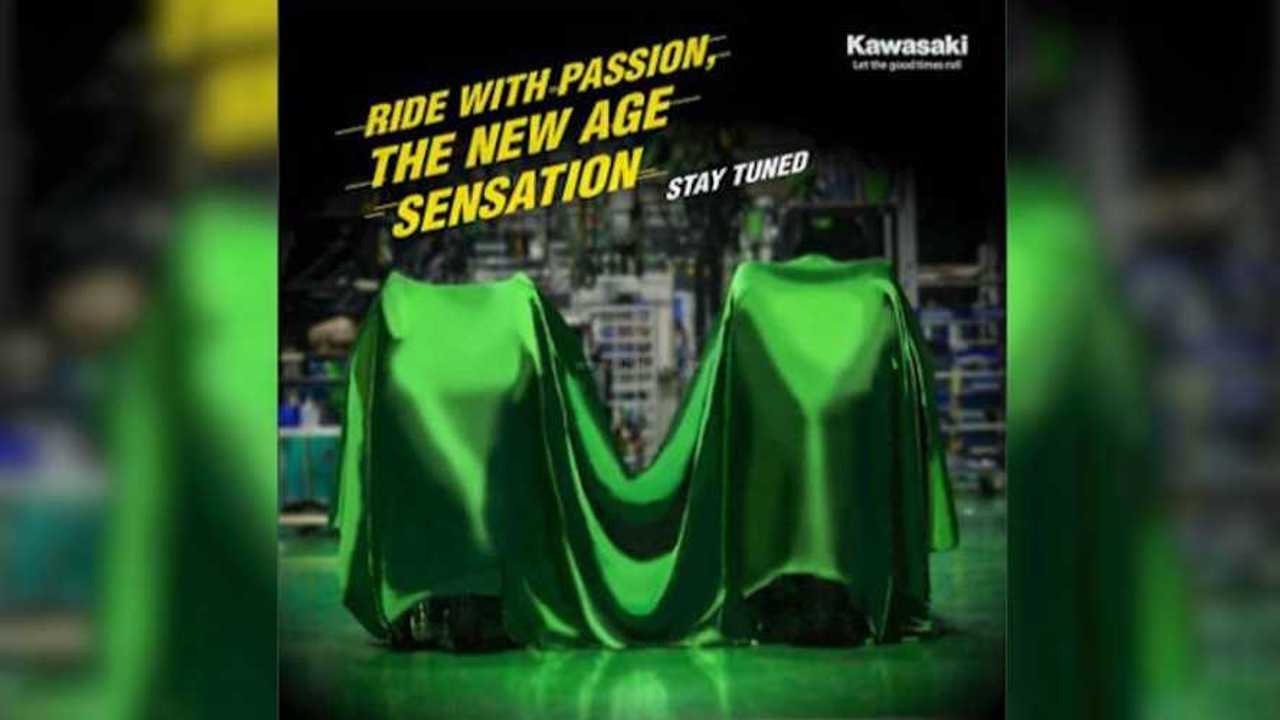 What could they be?

Kawasaki India seems to have something exciting brewing fo the Indian market. In a post on its social media pages, Team Green dropped a teaser showing two motorcycles shrouded beneath a green veil. Now you don't need to be a marketing professional in order to figure out what this means, right? So it's pretty clear the Kawasaki India has two new bikes coming soon. What's still up for debate, however, is what exactly these bikes are.

Now, there are varying speculations as to what these two bikes could be. However, chances are that it could in fact be the BS6 Ninja 300 and the Versys-X 300. Let's get into more detail, starting with the Ninja 300. Earlier this month, rumours surfaced that Kawasaki was indeed updating the Ninja 300 to conform with BS6 standards. Up until now, there has yet to be an official launch, so it would seem launching this bike in tandem with another bike would be the perfect way to spice things up.

While small to mid-sized sportbikes continue to be massively popular, the adventure segment is continuing to see some pretty impressive growth as well. We recently covered the upcoming launch of the Honda CB500X slated for April of this year, and the KTM 390 Adventure has seen massive success in recent months. Could this be the perfect time for Kawasaki to introduce an entry-level adventurer to sit below the Versys 650? After all, the Versys-X 300 does present itself as quite the versatile all-rounder with its punchy mill and spoked wheels.

If Kawasaki is indeed gearing up for a 300-class shootout with a sportbike and an adventurer, it would undoubtedly attract more beginner riders into the fold. After all, Kawasaki is known for their dependability and reliability. Both bikes will be powered by a 296cc parallel twin engine. Rated for around 35 horsepower depending on its state of tune, we could soon see a battle of green and orange as the Ninja 300 and Versys-X 300 seem like the perfect rivals to the KTM RC 390 and 390 Adventure respectively.

TVS Apache RR310 Gets Slapped With A Price Hike