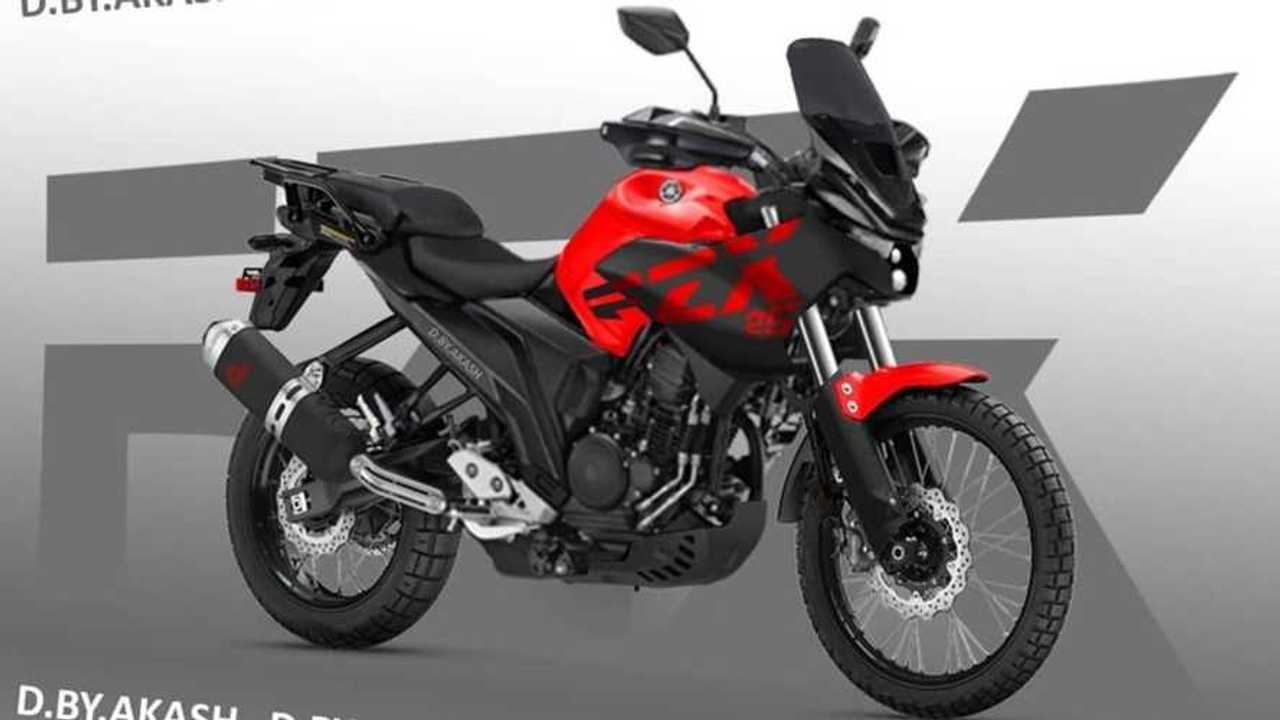 Could an FZ-25-based ADV challenge KTM?

KTM’s 250 Adventure and Hero’s Xpulse 200 have cornered the small adventure bike market in India. However, Yamaha recently trademarked the FZ-X nameplate in the country. Many believe Iwata will use the moniker for a small-capacity ADV based on the existing FZ-25. With rumors swirling around the possibility of a new challenger in the market, digital artist D by Akash rendered a design that adapts the quarter-liter naked to adventure bike conventions.

The FZ-25 currently boasts an air-cooled 250cc single that generates 20.6 horsepower and 14.8 lb-ft of torque. While those figures won’t blow anyone’s socks off, the mill’s generous torque at lower to mid-range makes it immediately suitable for off-road applications. Despite the engine lending itself to dirt riding, D by Akash had to implement a few changes to fully equip the FZ-25 for tougher terrain.

The most noticeable change comes in the form of new headlight housing and extended windshield. The dual-stacked lights replace the square-shaped unit and the additional wind protection helps with longer jaunts to the trail.

D by Akash didn’t stop at functional upgrades, though. The digital artist also refined the tail section panels and the shape of the gas tank. The front fairing now sweeps back and integrates the gas tank (a la Tenere 700) and the seat receives an adventure-appropriate stepped pillion pad. A tail rack and a red-black livery complete the transformation.

If Yamaha indeed has plans to make an FZ-25-based adventure bike, we wouldn’t be mad if it takes cues from D by Akash’s rendering. We’ll have to wait and see what Team Blue does with the FZ-X trademark, but we’re excited to see what it has up its sleeve.

KTM 250 And 390 Adventure Launched In Malaysia